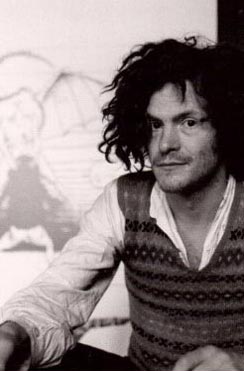 ‘From Space’, or wherever you may be, you look wisely
On this, your former  and forsaken ocean, mired as it is now
By oil, and by the pollutants of pride dispensed to destroy
Once pure waters, through which the consciousness
Ascribed to you and the standards long set duly toil.

Heathcote, it has been a time of despair, irrespective
Of the ruination some salvage, or which they assume
Has been salvaged while the corrupted current and course
Still holds sway; and after Global warming’s gun has fired,
For a planet at three degrees temperature would have

No Coral reefs left to swim through; with Polar Bears turned
Suicidal, tidal collapse soon outweighs whatever remains
Standing proud, such as your work, which was bearlike:
Noble, wild, savage and purely possessed by a beauty
That exists, like those beasts on far plains.

Across a new paged landscape of white, each thought,
Each fountain pen poured, or quill mark made seemed unholy,
While still staying sacred as you took advantage of acid and ice
To cure pains. In all of our hearts, and in each of our separate
Missions. You were both bear and boundary;

And your oeuvre ocean astounds. It is four years since you left
And the white Bear of thought remains waiting, just as the Whale
In lost water who you famously prized sings your sound.
This is the way then with work which contained the entire world
In it; you become the dream you were chasing, just as those

Bearlike books represent the endangerment we all face
As the waters all rise and Ahabs across the world are advancing,
And the cost of care and protection and the time saved for that care
Has been spent. You were borne away from your words by the currents
Of death sent to claim you, and so as you become the Whale,

You move freely, away from the world, to that place that exists
Far from us, or under us, or beside us,  but which we will never see:
So this notion of you as new myth finds its face. You no longer see
As we see, but there in some sea, and distanced by death,
You are greater. Eighty years on from your birthing,

The earthing idea now finds form. For in forging new worlds
While detailing our own  as muse maker  you are now
The carrying craft and Ark aiming towards the end of our night
And new dawn. Part of poetry’s pride, as with both bear and lion,
Or leopard pack, cheetah as each animal pack pokes man’s joke.

Spearing us all, as you swim, eighty today, yet eternal,
Seeking this notional nation I have the audaciousness to invoke.
In which ‘From space..the planet is the territory, not of humans,
But of the whale,’ There; I quote you. Pure words returned
To you from the present and for this landmark age.

May future gifts follow on and each birthday allow further
Journeys. And may your work to which those who love it still
Now bear witness to what you’re becoming.  If this is a modern
Atlantis that’s sinking then we, swimming sadly, are waiting
To become as you are now;
Star and page.

View all posts by David →
This entry was posted on 13 November, 2021 in homepage and tagged David Erdos, Heathcote Williams, Jay Jeff Jones. Bookmark the permalink.