What is this place? 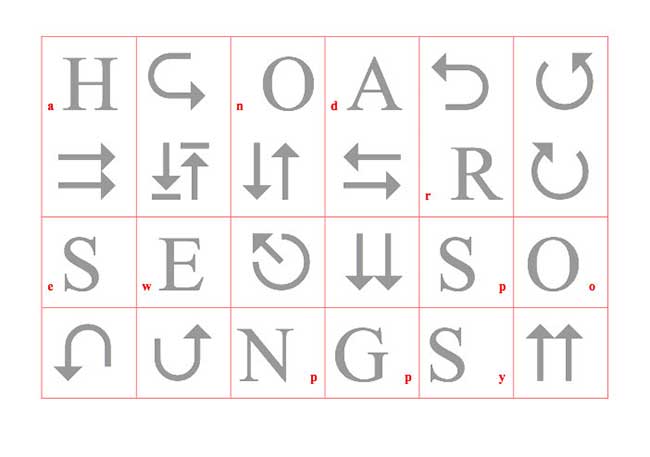 Andrew Poppy is not hoarse on these songs, and you might be hard-pushed to classify them as songs anyway, particularly the three instrumentals. But genre-busting is one of Poppy’s strengths, moving between minimalist classical to rockier climes, via performance video and mutant opera. From early minimalist ensembles to solo entrepreneur and record label, via ZTT records with Trevor Horn perfection and Paul Morley marketing and as a supplier of orchestration to the likes of Psychic TV.

Hoarse Songs opens with ‘Song Titles (Interrupted)’, a pretty, lilting piano solo. It sounds like a rehearsal room in the distance: the listener is privy to something slightly other, something private, overheard in the distance. (I don’t, however, mean it’s poorly recorded.) It doesn’t feel interrupted, but track 2 arrives with some meaty bass and the first of Poppy’s enigmatic songs. ‘rai-ny day / rai-ny day / love’ is incanted against pulsing keyboards and brass, the tick of percussion or drum machine. It’s sensual and engaging.

The pulse gets sharper for track 3, with classical-voiced singing set above it. Keyboards, sounds and textures appear and disappear, piano floats across the scene. ‘wave wave wave wave machine machine machine’ and variations thereof are the entire lyrics. The mood lightens for ‘Downside Up’, a jaunty instrumental featuring synthesizer warbles and ghostly choral vocals (or are they sampled vocals?), with a kind of mutant Swingle Singers emerging out of the mix, as well as clusters of ringing notes. It’s gorgeous and seductive.

We’re back to enigmatic, if not gnomic, lyrics with ‘What Alice Said’ (track 5 in case you’re keeping count), which has various pairs – Alice and Gertrude, John and Yoko, Ted and Sylvia – saying something unknown back to each other. The sung melody is set in counterpoint to the musical events beneath, which swell and simmer, punctuate and delineate themselves below the incantatory voice. Strings and harp emerge in the mix like mountain peaks in the clouds.

As the music fades, ‘Riderless’ starts up like a mutant fairground organ, a musical hall of mirrors refracting and reflecting itself from the start. Themes and motifs combine and recombine until somewhere after four minutes a trumpet enters and becomes the centre of attraction, with some rumbling bass piano shading underneath. Several hypnotic moments later the ghost voices return as the trumpet notes become sweeter and sweeter. And then it stops.

And ‘What Is This Place’ begins, a strange declamatory song, with a narrator, who first declares that he is ‘not a child / of the revolution’ and then howls at the moon with the French sculptor and photographer Claude Cahun, whilst waiting for various events to happen, seemingly trapped inside stasis and memory. It’s a peculiar, unsettling song, with an almost progrock feel to it, as various musical sections follow one another. ‘Cyber Spark’, which is next up, starts with the sound of bells and piano, a lone voice singing about dust and (how?) ‘numbers crunch’ and what is broken, in fact not just broken but ‘hammered into dust’. The ‘cold light’ and ‘dust’ motifs are echoed in the sparse arrangement, with the narrator ‘warmed by a nostalgia for machines of iron’, with an oblique ending that simply sings ‘rust dust / star dust’, be that a note of what happens to everything, or a kind of epiphany (or both). It’s one of my favourite songs on the album.

‘XY Song’ takes us back to oblique lyrics: most of the lyric consists simply of those two letters, although it does expand into ‘she’s my X why’ and some further, slightly longer phrases. This is another slow-pulsing track, with various motifs layered in the mix and time, including what sounds like some field recordings. A piano scatters a simple tune, or simple tunes, towards the end, as the track fades leisurely towards its conclusion, where a scrub of gentle white noise plays with our perception as the vocals return, and the whole thing builds in intensity again to the concluding winsdcreenwiper of electronic sound punctuated by piano and then a dull roar.

And then the title track: ‘I’m hoarse / you’re hoarse’, ‘I’m horse / you’re horse’. Of course! It’s a melancholy coda, a piano adrift in an empty space, finding its way towards a spoken song and the slow decay of a final chord. It’s a seductive and gentle end to this beguiling and enticing CD. Poppy continues to challenge musical classification, but if you are interested in what the 21st Century might offer when a composer is able to draw on almost anything and everything they can hear and have heard, and turn it into something original, relevant and revelatory, then Andrew Poppy is your man. 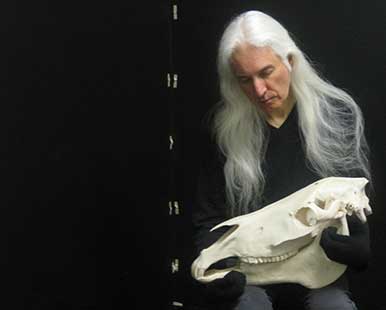 Live shows for this work feature artist’s videos for each of the songs, and I seem to remember being able to watch some of these on Poppy’s website last year, although they’re not there now. But you can see plenty of other videos, read about Poppy’s past projects and buy music, including Hoarse Songs at https://www.andrewpoppy.co.uk/

Tweet
This entry was posted on 4 May, 2019 in homepage and tagged Andrew Poppy [Field Radio CD], Hoarse Songs. Bookmark the permalink.