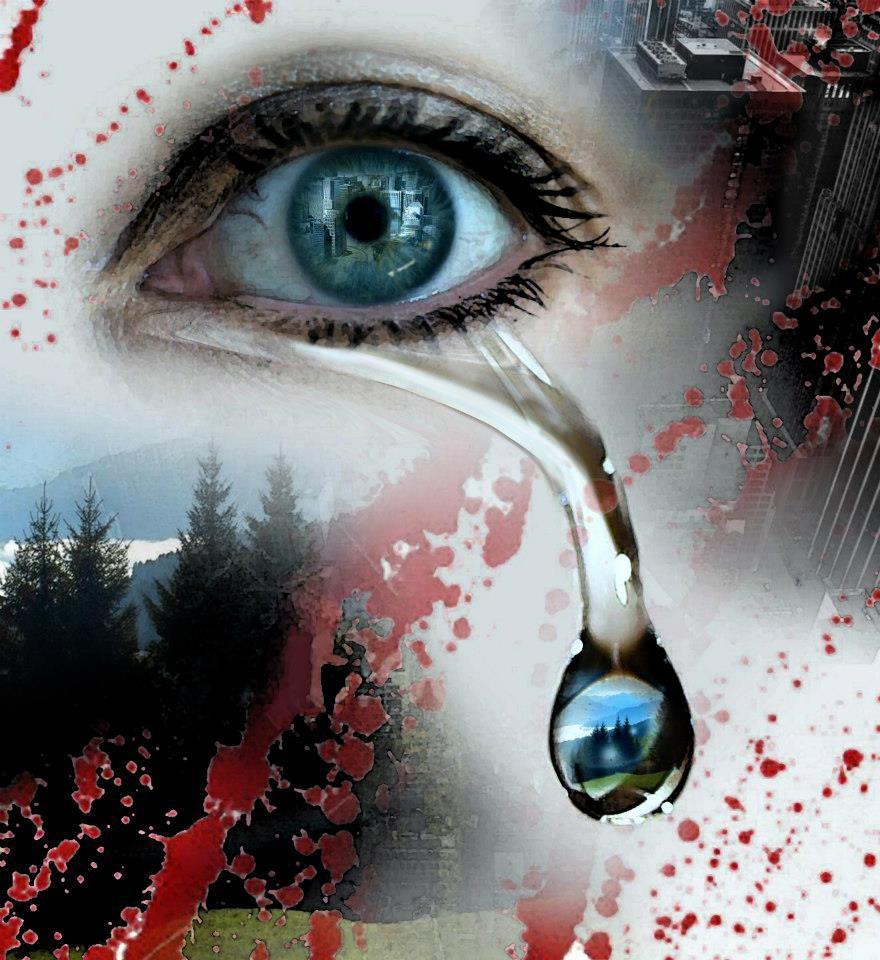 The 5pm sky’s like rainy sapphires
a blue toxic hydrocarbon blanket,
and you’re my pick-up, bite my lip
to redden like a strawberry,
it’s later in accelerated endgame time
by 600 seconds than when we met
at the compressed Starbucks on Hollen Street,
you a Beijing space-time interloper
put into a blonde-bobbed Eurasian mix.
The psychopathic jackal Tony Blair,
his four blacked-out Range Rovers gunned through town.
a war criminal’s carbon tail
choking polluted haze, his handgun grin
cold as forensics, czar to every war
that’s genocide, the killer autocrat
smeared in depleted uranium, Gulf blood,
the meltdown hedge funder – the commandant
guarded 24/7 by thugs in suits,
gloch pistols in their Paul Smith repertoire.
We watch his cars open a corridor
into a cannibalistic future –
Blair crunches Cheri for a final meal.
The day builds on us like a pyramid
of neural info – love me to the end
of Soho village – there’s no other way
sighting those tyres that leave blood on the bend.

(from Whitehall Jackals, a work in progress)

Tweet
This entry was posted on 4 October, 2012 in homepage and tagged Jeremy Reed, the canine Blair, the house of canines, Whitehall Endgame, whitehall jackals. Bookmark the permalink.