Why a European Super State Must Be Resisted 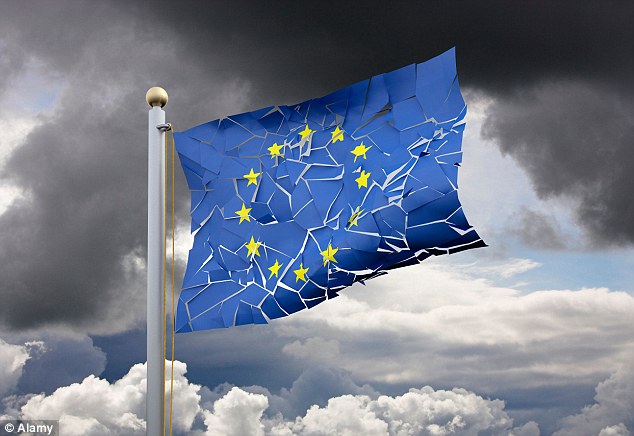 The European Union is a centralised super state trading block whose conceptual origins lie in the Third Reich of Hitler’s Nazi Germany.

The concept of ‘global trading blocks’ was already well established under Hitler’s regime, but their origins go back further: to the British Royal Society. Post British Empire colonial ambitions were hatched around the desire to form a number of global trading empires whose leadership would be essentially elitist and corporate, with banks mostly at the helm.

Here lies the origin of the ‘free trade’ concept. A trading pattern which is anything but ‘free’ due to the fact that it is designed to prevent any one country stopping any other country from resisting the import of products that it has no need or no wish for: I.E GMO maize and soya, beef raised using growth hormones or sweat shop mass produced cheap goods that undermine the ability of the blocking country to fairly trade its own quality home-made items.

Free Trade is controlled by the World Trade Organisation, another autocratic top down institution the majority of whose board is composed of the CEO’s of the World’s largest multinational and transnational corporations with a sole interest in profit and power.  A hallmark of the neo conservative and neo liberal capitalist dream (nightmare) which is dying a painful death even as I write.

Greens, including the political faction which unwittingly or unthinkingly (or both) keeps one foot firmly inside the door of such regimes, seem oblivious to the forces that drive the corporate agenda  ruling planet Earth. Maybe because their campaigning arm is obsessed with finding ways to promote the utterly meaningless multi-purpose catch-all ‘sustainable development’, or arguing about the effects of ‘climate change’ or naively encouraging the ‘Agenda 21’ countryside depopulation  propaganda exercise.

It simply doesn’t seem to matter to most international environmental organisations.  That might be because  such organisations have already been living out of the pocket of the corporate purse for at least two or three decades. They probably learned that catch phrase “don’t bite the hand that feeds you” and agreed that winning the war against global destruction is best done by cozying-up to the very forces that are  complicit in the destruction process. This can be easily achieved by offering a little green spin as fair exchange for being bankrolled into embellishing otherwise insufferable corporate agendas.

Supposedly  ‘aware’ consumers are no better:

“A Big Mac and a Starbucks fair-trade coffee, please. Oh, and add a dash of ultra heat treated, homogenised organic milk will you?” 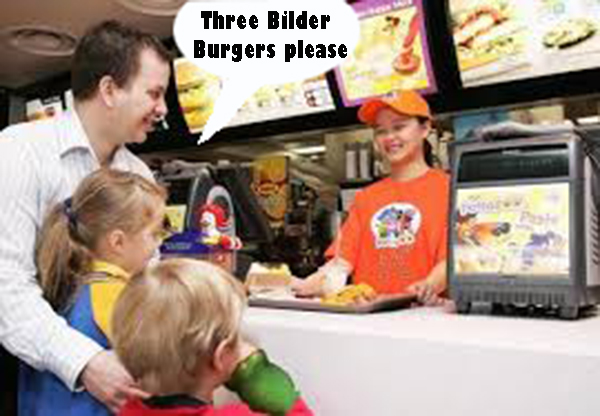 I wonder if any green consumer saviour has ever heard of or ever even read anything by or about their founding fathers? People who understood something about ‘human scale’ communities and  the values inherent in local and regional production and consumption of quality goods produced on a relatively small scale by caring individuals for caring individuals?

The European Union is the World’s largest trading block and is run by an unelected executive of power hungry technocrats who sit in the offices of The European Commission. Its existence was planned and executed at the 1955 Rome meeting of ‘The Bilderbergers’, a secret society of elitist despots whose role is to set the agenda for a super centralised state – and ultimately world – in which the most powerful oligarchs retain 100% control over the evolution of society.

The European Common Market was established in 1958, three years after this Bilderberger meeting.  Its co-founder Jean Monet, in a 1954 letter to a friend, unashamedly stated outright that the object was to create a ‘Federal Europe’. But to do it covertly, making it seem that the ambition was to initiate a process of economic harmonization between the nation states of Europe.

So here we are in 2016, and some are still trying not to notice that 75% of UK rules and regulations have their origins in Brussels, and that the EU rule book itself is a Leviathan of 172,000 pages which nobody has ever read, cover to cover. Oh yes, the lawyers know where to look for the legal definition of ‘a cabbage’ and other such vital bits of information. They and they only, know where to dig up the right phrase amongst the various treaties which resulted from the ‘democratic’ voting procedures (read ‘fixed’ voting procedures) which got us all embroiled in this vast and ugly behemoth over the past five or six decades.

It was during the same post World War Two era that the entities known as The United Nations, Bretton Woods, The International Monetary Fund and The World Bank were created. All of these are just part of one mega power structure whose ambition is to run the planet for its own ends, casting aside any and all voices for an independent and self-autonomous society made up of people with values still grounded in honourable traditions of fairness, social cohesion and actual justice. A model of society which ought to be stamped all over the Greens’ calling cards.

The European Union is a major step along the road towards George Bush’s publicly stated dream of ‘A New World Order’ and a ‘One World Government’. The EU ultimately serves the interests of the Monsanto and Pfizer’s of the world, but has to appear to be listening and acting on behalf of its constituent countries’ peoples.  This applies to all ‘trading blocks’ not just the European Union.

We know that this is a total sham; a façade to entice us into letting go of any last feeling of sympathy we might hold towards our cultural traditions; the autonomy of the nation state in which we were born; the right to elect a representative of our region to stand in a national parliamentary institution over which we have at least ‘some’ control.

It’s that, or capitulation to global corporate ‘full spectrum dominence’ under the likes of TTIP, CETA and NAFTA.

There’s a way out of this – and it’s called ‘power to the people’.

This article will also be found at www.neweuropean.org,

Julian Rose is an earlier pioneer of UK organic farming, a writer, international campaigner and President of The International Coalition to Protect the Polish Countryside. He is author of two acclaimed books: Changing Course for Life and In Defence of Life. They are available by visiting Julian’s web site www.changingcourseforlife.info