Why I Am an Anarchist 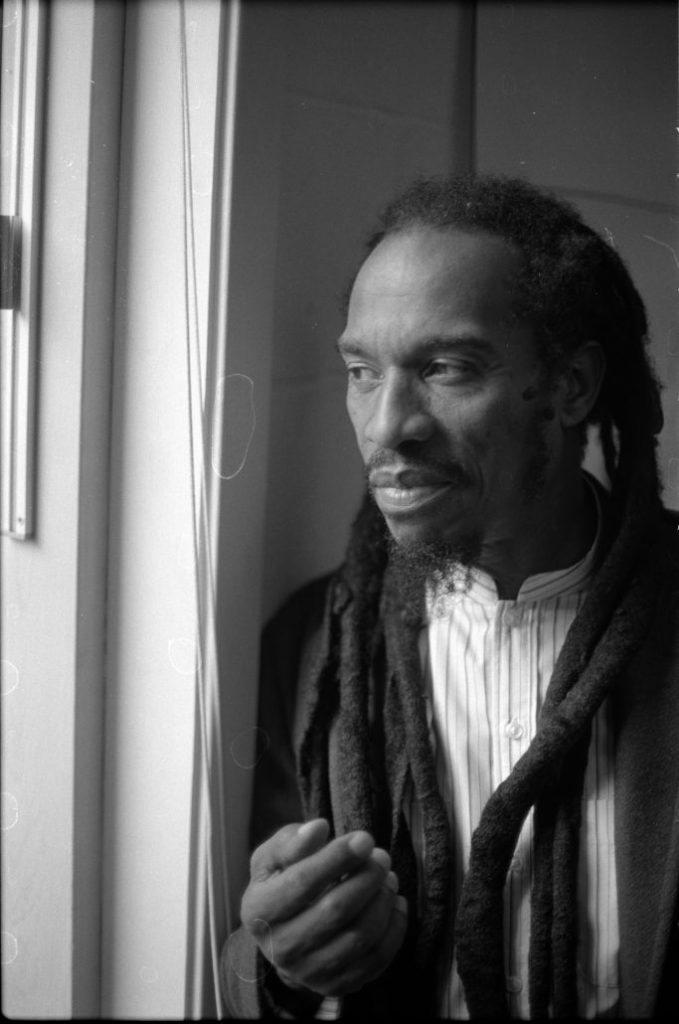 I got political after I suffered my first racist attack at the age of seven. I didn’t understand any political theory, I just knew that I had been wronged, and I knew there was another way. A few years later, when I was fifteen a marked police car pulled up to me as I walked in Birmingham in the early hours of the morning, three cops got out of the car, they pushed me into a shop doorway, then they beat me up. They got back into their car, and drove off as if nothing had happened. I had read nothing about policing policy, or anything on so-called law and order, I just knew I had been wronged. When I got my first job as a painter, I had read nothing on the theory of working class struggles or how the rich exploited the poor, but when my boss turned up every other day in a different supercar, and we were risking our lives up ladders and breathing in toxic fumes, I just knew I had been wronged.

I grew up (like most people around me) believing Anarchism meant everyone just going crazy, and the end of everything. I am very dyslexic so I often have to use a spellchecker or a dictionary to make sure I’ve written words correctly. I was hearing words like Socialism and Communism all the time, but even the Socialists and Communists that I came across tended to dismiss Anarchists as either a fringe group, who they always blamed if there was trouble on demonstrations, or dreamers. Even now, I just checked a spellchecker and it describes Anarchism as chaos, lawlessness, mayhem, and disorder. I like the disorder thing, but for the ‘average’ person, disorder does mean chaos, lawlessness, and mayhem. The very things they’re told to fear the most.

The greatest thing I’ve ever done for myself is to learn how to think for myself. I began to do that at an early age, but it’s really difficult to do that when there are things around you all the time telling you how to think. Capitalism is seductive. It limits your imagination, and then tells you that you should feel free because you have choices, but your choices are limited to the products they put before you, or the limits of your now limited imagination. I remember visiting São Paulo many years ago when it introduced its Clean City Law. The mayor didn’t suddenly become an Anarchist, but he did realise that the continuous and ubiquitous marketing people were subjected to was not just ugly, but distracting people from themselves. So more than 15,000 marketing billboards were taken down. Buses, taxis, neon and paper poster advertisements were all banned. At first it looked a little odd, but instead of either looking at, or trying not to look at advertising broads, I walked, and as I walked I looked around me. I found that I only purchased what I really needed, not what I was told I needed, and what was most noticeable was that I met and talked to new people every day. These conversations tended to be relevant, political, and meaningful. Capitalism keeps us in competition with each other, and the people who run Capitalism don’t really want us to talk to each other, not in a meaningful way.

I’m not going to go on about Capitalism, Socialism, or Communism, but it is clear that one thing they all have in common is their need for power. Then to back up their drive for power they all have theories, theories about taking power and what they want to do with power, but therein lies the problem. Theories and power. I became an Anarchist when I decided to drop the theories and stop seeking power. When I stopped concerning myself with those things I realised that true Anarchy is my nature. It is our nature. It is what we were doing before the theories arrived, it is what we were doing before we were encouraged to be in competition with each other. There have been some great things written about Anarchism, and I guess that’s Anarchist theory, but when I try to get my friends to read these things (I’m talking about big books with big words), they get headaches and turn away. So, then I turn off the advertising (the TV etc.) and sit with them, and remind them of what they can do for themselves. I give them examples of people who live without governments, people who organise themselves, people who have taken back their own spiritual identity – and then it all makes sense.

If we keep talking about theories then we can only talk to people who are aware of those theories, or have theories of their own, and if we keep talking in the round about theories we exclude a lot of people. The very people we need to reach, the very people who need to rid themselves of the shackles of modern, Capitalistic slavery. The story of Carne Ross is inspiring, not because he wrote something, but because he lived it. I love the work of Noam Chomsky and I love the way that Stuart Christie’s granny made him an Anarchist, but I’m here because I understand that the racist police who beat me have the state behind them, and the state itself is racist. I’m here because I now understand that the boss-man who exploited me to make himself rich didn’t care about me. I’m here because I know how the Marrons in Jamaica freed themselves and took to the hills and proved to all enslaved people that they (the Marrons), could manage themselves. Don’t get me wrong, I love books (I’m a writer, by the way), and I know we need people who think deeply – we should all think deeply. But my biggest inspirations come from everyday people who stop seeking power for themselves, or seeking the powerful to rescue them, and they do life for themselves. I have met people who live Anarchism in India, Kenya, Jamaica, Ethiopia, and in Papua New Guinea, but when I tell them they are Anarchists most will tell me they have not heard of such a word, and what they are doing is natural and uncomplicated. I’m an Anarchist because I’ve been wronged, and I’ve seen everything else fail.

I spent the late seventies and the eighties living in London with many exiled ANC activists – after a long struggle Nelson Mandela was freed and the exiles returned home. I remember looking at a photo of the first democratically elected government in South Africa and realising that I knew two thirds of them. I also remember seeing a photo of the newly elected Blair (New Labour) government and realising that I knew a quarter of them, and on both occasions I remember how I was filled with hope. But in both cases it didn’t take long to see how power corrupted so many members of those governments. These were people I would call and say, “Hey, what are you doing?”, and the reply was always something along the lines of, “Benjamin, you don’t understand how having power works”. Well I do. Fuck power, and lets just take care of each other.

Most people know that politics is failing. That’s not a theory or my point of view. They can see it, they can feel it. The problem is they just can’t imagine an alternative. They lack confidence. I simply blanked out all the advertising, I turned off the ‘tell-lie-vision’, and I started to think for myself. Then I really started to meet people – and, trust me, there is nothing as great as meeting people who are getting on with their lives, running farms, schools, shops, and even economies, in communities where no one has power.

That’s why I’m an Anarchist.

If you enjoyed reading this article online, why not pick up a print copy? Your purchase will help us continue to produce not-for-profit publishing – including distributing solidarity issues to prisoners and homeless people.