Why the Hunting Act must stay in place 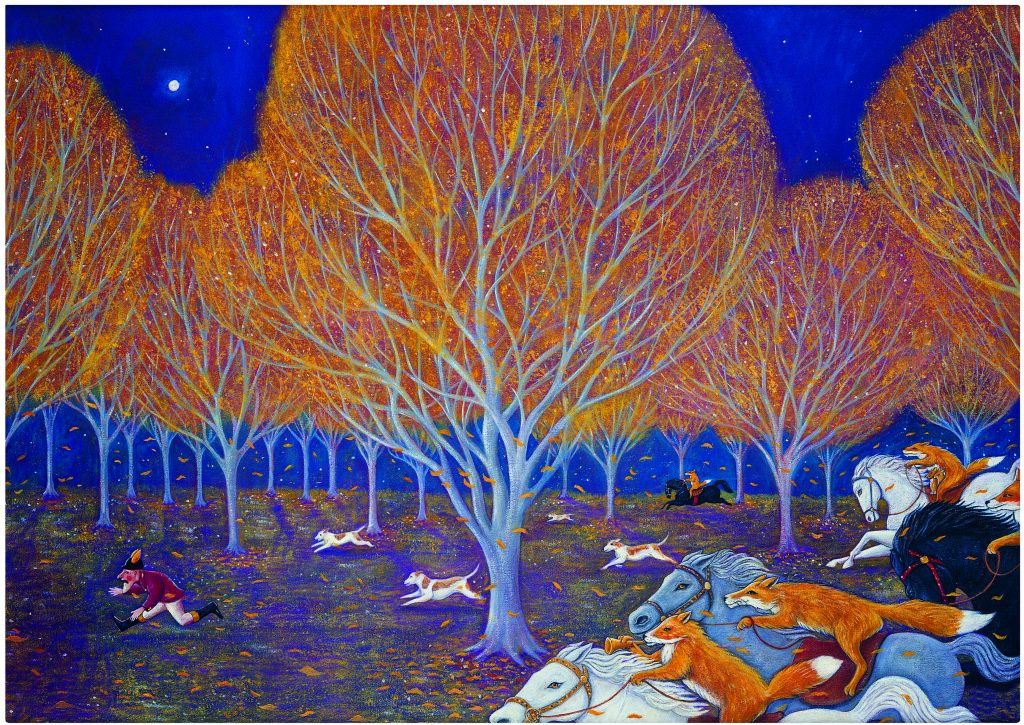 The Middle East, Britain’s relationship with Europe and the nation’s lifeline, the NHS are on the point of collapse… but all the Tories want to talk about is killing foxes!

It has been over 13 years since the Hunting Act came into force in England and Wales and yet, tragically, there is still a significant threat to this landmark piece of animal welfare legislation. The people pushing for a repeal are, of course, the hunters themselves, that vocal, minority élite who consider it their ‘natural’ right to chase sentient, wild animals to death, to exercise their self-awarded ‘dominion’ over the countryside (and its people, the vast majority of whom are against such atrocities) and who consider having their fellow beings ripped apart by a pack of hounds, “pleasurable”.

Time and again, at every opportunity, they ply their miserable arguments. The Hunting Act doesn’t work, they say. That’s simply not the case. The Hunting Act bans a cruel, barbaric ‘sport’ and as far as its enforcement goes, to date there have been over 430 convictions, which makes it one of the most effective pieces of animal welfare legislation on the statute book. Undoubtedly, it would be even more effective if some elements of our police force weren’t persuaded by this powerful, wealthy pro-hunt minority into turning ‘a blind eye.’ In a democratic society the very notion of selectively policing the laws of the land is dangerous and completely unacceptable.

It is perversely claimed that the Hunting Act is illiberal; that it infringes on civil liberties. That very much depends on how we define a ‘liberty.’ Can the infliction of deliberate cruelty on another living, sentient being ever be considered a civil liberty? By the same skewed reasoning we are currently denying paedophiles and sadists their ‘liberties’ in protecting their vulnerable victims from sexual abuse and torture. The argument is ethically untenable. (And no one is forbidding these killers their day’s riding; their chance to gather en masse to enjoy our glorious countryside and have their drinks parties – the issue is purely about their persecuted, much maligned ‘quarry.’)

Perversely, it is claimed the Hunting Act does nothing to protect wild animals, and is in many cases actually detrimental to animal welfare. There is no scientific evidence to support this whatsoever.

The Hunting Act does not prevent legitimate ‘pest’ control either. (Although significantly, research shows that foxes are not overall ‘pests.’ Conversely, they save British arable farmers hundreds of thousands of pounds a year by keeping down rabbit and rodent populations, in fact.) It was specifically devised to allow for this where circumstances are deemed absolutely necessary. What it has made illegal is the spectacle of killing a wild mammal purely for the sake of entertainment. And it has taken the worst cruelty elements out of hunting for ‘sport.’ Hunters are no longer permitted to use packs of dogs to chase and kill wild animals – a move that the vast majority of the British public fully supports.

Indeed, the hunters’ false claim that the Act is somehow divisive, that it pits the countryside against the towns, and incites class warfare is also a desperate nonsense. Opinion polls consistently show that over 84% of British people, across all regions, ages, gender, political persuasion, religion and socio-economic group, do not want to see hunting made legal again.

A poll by MORI in December 2016 confirmed that figure, which rises to 88% in respect to deer hunting, 91% re- hare hunting and coursing, 94% re-badger baiting and 98% re-dog fighting. That is because hunting – in all its vicious forms – is barbaric and has no place in a humane, civilized, modern – and democratic – society.

Not all ‘traditions’ deserve to be upheld; some, like slavery, cock-fighting, bull-baiting, – and hunting with hounds – have rightly been relegated to the dark recesses of our shameful history.

The pro-hunt lobby insists that the Burns inquiry into the effects of hunting failed to conclude that hunting was more cruel than other forms of wildlife ‘management,’ such as shooting, trapping, and snaring. It indeed accepted that possibility – but it also stated clearly that the actions undertaken during a fox hunt “seriously compromises the welfare of the fox.”

That’s putting it mildly. Even most seasoned hunters are not so keen to face the kill. Few will look their mutilated victims, torn limb from limb, in the bloody eye, once the dreadful deed has finally been accomplished.

And when hunters go after newborn fox cubs in August, literally digging them out of their holes with spades – the desperate vixen completely unable to protect her young – you could certainly say that their welfare had been “seriously compromised.”

I’m ‘country’ and have seen these sickening horrors. Thank goodness the 2004 Hunting Act makes them illegal – along with their equally ugly sisters: stag hunting and hare coursing. Long may it remain.

View all posts by Heidi →
This entry was posted on 11 May, 2017 in homepage and tagged Fox Hunting, Heidi Stephenson, Julia Finzel, The Hunting Act. Bookmark the permalink.