Windfall Tax On Record Profits Whilst We Bleed! Are They Having A Laugh?

Posted on 7 May, 2022 by Editor
Skimming Windfalls From Fuel Sector To Fund Preferred Benefactors…? 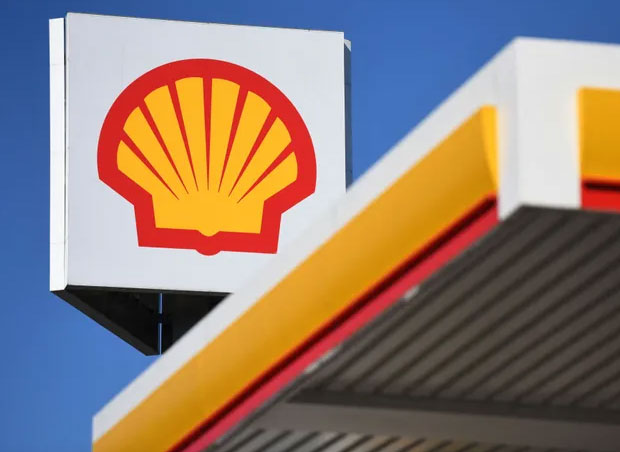 The BBC has reliably informed us today that the fuel sector have tripled their profits since last year. Not surprising is it, considering the cost of fuel has gone through the roof?

So, in the face of a welter of news items detailing the risk of vulnerable people freezing to death in their own homes because they can’t afford to heat them, and people dying in isolation because they can no longer afford to go anywhere, and with suicide rates now off the charts, our corporate lackies in parliament are mumbling about a windfall tax… We seriously couldn’t make this stuff up!

Surely a simple refund for overpayment of services, (I like to call it fraud), back to the individuals who are sitting at home eating cold baked beans from a can they opened with their teeth, would be a lot easier to administratively handle…?

If they can easily extract money from us, they can just as easily pay it back. Surely?

So, what are our delightful government up to now, in murmuring about snaffling off the cream of this act of fraud and relocating it to the government coffers… where you and me, will of course, never see it again!?

Do they think we’ve forgotten about the hundreds of millions of pounds of taxpayer money that was used to fund friends of our elite, elected officials during the lockdowns? (Or as they saw it “party-on-downs”)

Tens of millions going to bosom-buddies, who had hitherto no previous experience of delivering the products and services they were exclusively tendering to bandwagon.

The Public Purse Is Fair Game…

Every corporate vulture sets their sights on the public purse… It’s such easy-pickings if you’re ‘privileged’ enough to be sucking up to the right people.

Branson is the epitome of everything that is wrong with the UK… He’s a greedy, greedy boy!

Branson has largely disappeared from view, but was formerly the ultimate UK poster boy of the plummy top 1%.

He has relentlessly pursued the easy pickings of the drawstringless public purse. First with his incredibly lucrative ventures into UK public transport, and latterly the NHS.

Plus, he had the timerity to ask for a humongous bailout for Virgin Airlines during the lockdowns… and, he really wasn’t willing to take “no!” for an answer… but then, he never does…

Virgin Atlantic, backed by billionaire businessman Sir Richard Branson and US giant Delta, has asked for emergency loans from Whitehall – but the owner of long-term rival BA has insisted no further aid is needed for carriers.

Do you think we encouraged this irksome individual [author’s opinion], when we did this?

21 Jun 2018 – Sir Richard Branson’s Virgin Care group has successfully sued the NHS, after losing out on an £82m contract to provide children’s healthcare …

Here’s a summary of the billions of NHS contracts awarded to Virgin Care Ltd, and the reliance on the courts when there’s a failed Branson bid for another chunk of the NHS.

Virgin continues to play a parasitic role in the NHS, fragmenting services and poaching NHS-trained staff and undermining nearby NHS trusts.

This quote appeared in an article in The Mirror:

‘Tis surely a stinking cesspit of inequity ain’t it?

Government shouldn’t bail out Branson until he has used his reserves, says shadow minister

Nice try… but, that kind of thinking just ain’t going nowhere with the likes of this lad.

He just keeps on going at it like there’s no end to the impoverishment of spirit it takes to be just that outwardly greedy!

Aren’t you glad to have such an upstanding individual as a knight of our realm?

Makes You Want To Escape To The Brave New World doesn’t It?

In the US, you have the richest man on earth, having made an inconceivable fortune from public funding… he certainly didn’t make it from Tesla Cars! (Although, it was clearly a smart move to become a manufacturer of bright, shiny, monstrously large cars.)

Tesla Has First Profitable Year, but Competition Is Growing – The New York Times – 2021

Tesla on Wednesday reported its first full-year profit, a feat 18 years in the making.

Our very own Cynthia Payne knew the importance of vehicles for men. She referred to the clients who had the biggest, shiniest cars as BCSD’s

Cynthia Diane Payne was an English brothel keeper in London.

She first came to national attention in 1978 when…

police raided her home while a sex party was in progress. Men paid with luncheon vouchers to dress up in lingerie and be spanked by young women. Police found 53 men at her residence, in varying levels of undress, including “a peer of the realm, an MP, a number of solicitors and company directors and several vicars”. A cartoon in the press at the time, according to Sarah Baxter in The Sunday Times, “showed a vicar in bed with a prostitute, confronted by a policeman. ‘I demand to see my solicitor,’ said the vicar, ‘who is in the next bedroom.'”

BCSD stands for Big Car, Small Dick… and, she would know!

Clearly, men equate psychological advantage with their vehicles… but we all knew that, of course…? (There’s no need to go to all of the trouble of learning how to play a guitar and joining a band to get laid if you have a Farari on the drive…)

Then add saving the world, and cutting edge, futuristic design into the mix, and you’re seriously onto a winner. By taking advantage of men’s hero complexes, and our general need to outdo the Jones… the excessively expensive Tesla cars are a dizzying marketing mix of stable winners.

Or are they? Perhaps fuel price hikes have had something to do with the popularity of electric cars…? Maybe it wasn’t just clever marketing? Hmmm!

Anyone else notice fuel scarcity, leading to mile-long lines at petrol stations, and then massive price hikes happened before domestic bills began to be a concern? Or is that just me?

Nice timing! Still, there will be a lot less wear and tear on your electric car now you can’t afford to charge it, so it’ll maintain it’s value! There’s always a silver lining!

Oh wait… one small problem with that line of thinking… there will be no-one who will be able to afford to buy it!

I don’t advocate or condone derision for the way we are physically put together, but what’s with the upper lip, Elon? Elective surgery to deliver the diversity of facial expression of a Packman!? Minimising the ‘tells’, hey Musk?

Whatever the case, this high profile, egregiously rich individual, is clearly giving nothing away!

Life really starts to imitate art when we have a master puppeteer who looks like a ventriloquist’s doll.

Musk is the poster boy for elite privilege in the US, having repeatedly taken to the public stage to further the advancement for the means of controlling the masses. Let’s not forget Spacex!

Musk was the first to deliver 5G enabled satellites into space. That should have been enough to convince us of what kind of mission Musk is on.

Ah, but what of nuance? Surely the jury has to stay out? Hmmm, really?

Musk has just acquired Twitter, a platform he has repeatedly gamed for financial gain, setting money markets into flurries so that he can profit at everyone else’s expense.

Never mind reinventing the wheel, (or ‘wheels’, as we like to call them), Musk has successfully reinvented the mechanism of insider dealing. Hats must come off for that!?

He now controls a healthy slice of our global news delivery system. Nothing to worry about there, of course!

All achieved on the pretext of ensuring the liberation of free speech, which has been heavily censored for a very long time now… but, was markedly ramped up in a bid to convince us all that we should all stay at home, lose our jobs, destroy our businesses, annihilate our mental health, and allow our ageing loved ones to die in isolation… whilst there was seemingly a revolving door to months-long parties, if you are a politician, or dignitary, in London.

And all for a bug that kills less people than the average flu.

All of the heavily censored, deplatformed health writers, like Dr. Mercola, and Steve Kirsch, who, at great personal risk, have been consistently trying to warn us of what is really going on, are not yet enjoying the freedom of speech that Musk has promised us from Twitter. They are still banned, as are the many other health writers who have been trying to do the same.

Luckily, you can find them all here on Substack! (Just dip into the list of who I follow on here to track them down.)

So, why is there a trending debate as to whether the Musk acquisition of Twitter might be a good thing? Can’t answer that one for you. It completely beats me!

Branson, of course, is a lot less high-profile these days. Clearly he’s far too busy flying to and from his Caribbean island, no doubt in his private jet, and trying to defy the laws of gravity, by propelling himself into space… or, designing inordinately expensive and ill-fated balloons and catamarans, etc, etc, etc…

All heavily funded by taxpayer money, of course. (That’s you and me folks!)

No, Branson, seems more interested in conquering nature, rather than saving it!

Money well spent, as far as I see! Don’t you agree?

No? Not got an opinion? That’s a shame… especially seeing as you paid for it.

Just imagine how much human suffering could be spared if we ensured our taxpayer money was spent differently…? Food for though?

Ah, I get it… that would mean we’d have to start taking some personal responsibility for what we are allowing to happen on our watch.

All together now, let me hear you say… “Keep it up lads!”

Launched a month ago

Tweet
This entry was posted on 7 May, 2022 in homepage and tagged Rachel Wild. Bookmark the permalink.