WISH YOU WERE HERE 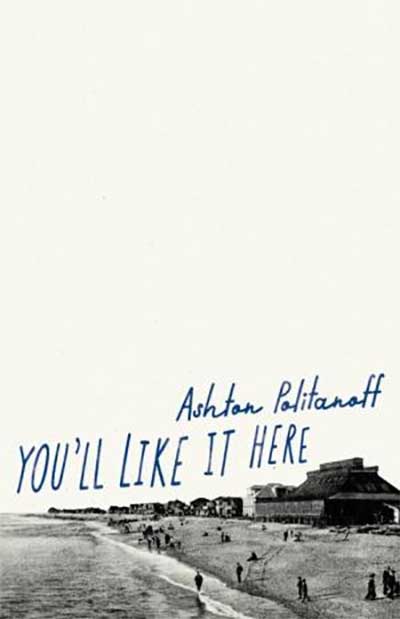 This is a book about Redondo Beach, California, a place previously known to me only from Patti Smith’s Horses album, where it is the title of a song. There, the beach is a setting for a suicide following a lovers’ quarrel:

Redondo Beach is part of greater Los Angeles, although it is sometimes described as a ‘coastal city’ rather than a suburb or town, and is still a place where tourists and sports enthusiasts mingle; there is a pier and it’s a good place to surf. It’s been a place for leisure and relaxation for a long time now.

A place, of course, is more than its obvious geography, buildings and occupants. It is about what happens there, how things change; and Ashton Politanoff has gathered up ephemera from the early 1900s to create a scrapbook about place and time. Items such as adverts, recipes and minor news items, are ordered alongside contemporaneous photographs to allow the reader to assemble their own history.

There are small boys playing on the sand, rules on etiquette, reports of accidents, murders and suicides. Explosives and lost children are found or reported missing; brown algae contaminates the ocean; a plague of grasshoppers is blown inland; smallpox affects five children; the contents of lost jackets are listed… Here’s page 26 in full:

Take a scraped potato and apply it to your affected parts.

So now you know! You couldn’t invent this stuff. On one level it all tells us nothing, on another we are slowly immersed in the rhythms and incidents of the historical everyday. Just as the tide ebbs and flows, washing up detritus but also sweeping the beach clean, these strange moments (I hesitate to call them ‘surreal’, as the back cover does; it is the juxtaposition not the reports themselves that are surreal) evidence how little has changed, how strange the world is and always has been.

Even as Spanish Flu, the Depression, storms, fires and financial crisis changed society, people continued to love, lust, fight, steal, cook, wonder and offer advice. UFO sightings, wrecked houses, separation and deaths have no lasting impact here, they are footnotes, forgotten until now. Politanoff is an obsessive curator of forgotten material, subverting the novel as he turns fact into fiction, admitting that ‘dramatic structure has been favored over historical accuracy’. This is an innovative, surprisingly evocative and highly enjoyable read.

View all posts by Rupert →
This entry was posted on 19 November, 2022 in homepage and tagged Ashton Politanoff, Rupert Loydell, You'll Like It Here. Bookmark the permalink.