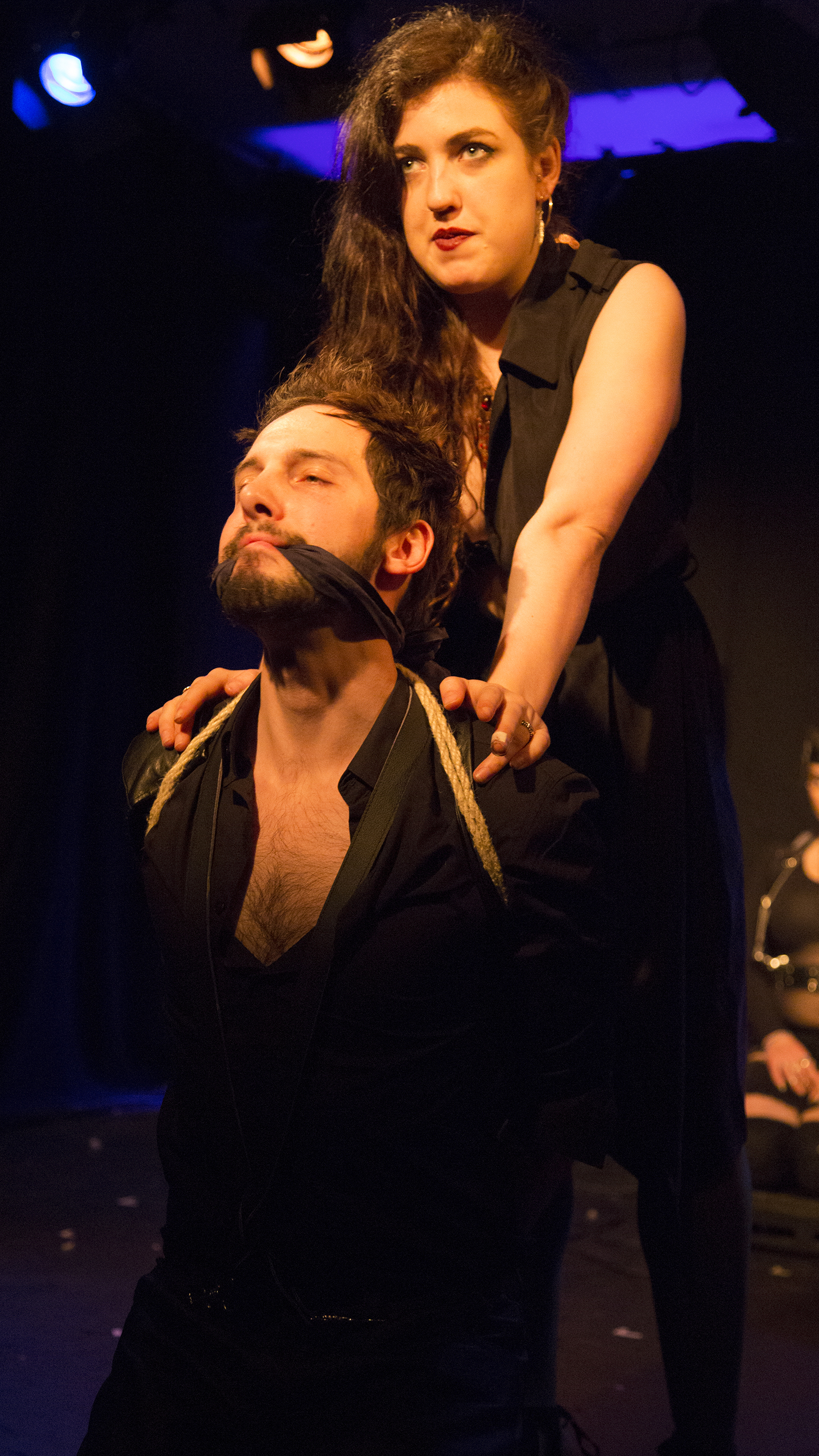 The Other Place, Brighton,
May 21st.

It said in the promo blurb this probably wasn’t the Julius Caesar I saw at school, and I think they were right. I don’t recall Caesar as a narcissistic female club DJ dressed in body-hugging transparent plastic, or Brutus as ‘the house switch: sometimes he likes to control, sometimes he likes to be controlled’. Come to that, I don’t recall Portia herself as a transvestite in furs, blonde wig and Posh Becks sunglasses. And I’m certain, though the fallibility of memory may mitigate against this, that Caesar was stabbed, not smothered with a gimp mask.
But, having said all this, I was at school a long time ago, and memory is alleged to be as much construction as accurate recording of events. So my memories of the Shakespeare I saw and heard in the dilapidated early 70s flea-pit rep theatre in Maidstone, where the players seemed at least as enervated by the bafflingly dull proceedings as the audience – though potentially possessed of a more developed understanding of what was going on, why, and when it would finish – may be of little help.

Setting a production of Julius Caesar in a seedy fetish club, toying with gender and the dynamics of submission and domination, and investing the play with a sly irreverence exploits the freedoms that fringe is privileged to allow. With mainstream culture increasingly constrained by the tyranny of market economics and stultifying, philistine conservatism, this is something to continue to celebrate. Even in Brighton, where the soul-denying forces of gentrification can make street-corner conversation between its media industry hipsters seem to have been lifted wholesale from an episode of W1A, such things are still possible. 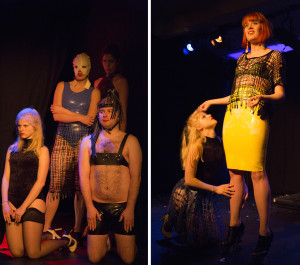 So – does the production work? There were limitations – the Basement is a performance space hampered by a lack of sound-proofing, so noise from the foyer often made it hard to hear what was being said on stage, and this was often as much due to the inexperience of the performers as the limitations of the venue; and the gender-switching was one of many devices that could have benefited from more subtle development. Yet the irreducible otherworldliness of Shakespeare’s language is such that it will happily survive even the most ambitious attempts to corrupt or undermine it – the very reason it survives.  Without love of the material, fringe is reduced to pointless self-indulgence. Witness Theatre’s Julius Caesar retains this love, and it was one of the most vibrant, witty and gleefully anarchic alternative productions I have seen in recent years. So yes, it works. Go and see it if you get the chance. And keep an eye on Witness Theatre. They are, as the Guardian said, ‘one to watch’.

View all posts by Keith →
This entry was posted on 4 June, 2015 in homepage and tagged Alternative Julius Caesar, Brighton, Keith Rodway, The Other Place, Witness Theatre. Bookmark the permalink.