I was excited by the invitation to take photos and witness Wolfgang Flür’s mixed-media film and sound show: ‘MusikSoldat’. It fits into a specific scenario and sounds with which I am familiar, and I grew up alongside through early adulthood. 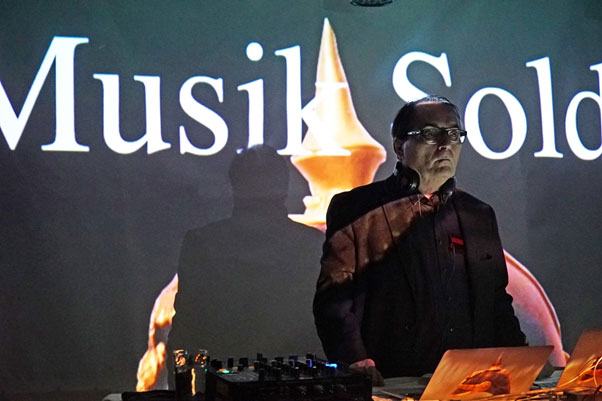 When Christopher Isherwood introduced the colourful, unrestrained Sally Bowles onto the world in 1939 in a short vignette in ‘Goodbye to Berlin’, it spoke reams about German decadence, German cabareta time of sexual deviations and repressions. Sally was immortalised by Liza with a ‘Z’ in the film ‘Cabaret’. It was an entrée into the much later 1970s’ androgynous Trans-Europe Express world created by Kraftwerk (Power Station), alongside some other Kraut-rock experimental bands such as Can, Faust, Neu! and at a push, Tangerine Dream. Mechanistic, Robotic, Darkly Menacing in the dimly lit and poorly-ventilated places and spaces located in the depths of the Berlin underbelly. 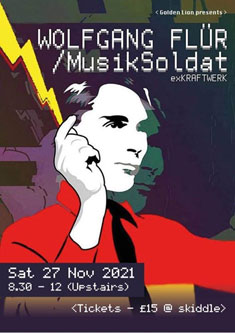 That world is exemplified in a sparse landscape of electronic drums and vocoders, populated with beeps, blips and repetitions. It was to be a starting point, a birthing place for Techno. Here’s a fab 1970 slice of Kraftwerk, unleashed on an unsuspecting German Club in Dusseldorf. Brilliant, musical social commentary.

“On commercially successful albums such as Autobahn (1974), Trans-Europe Express (1977), The Man-Machine (1978), and Computer World (1981), Kraftwerk developed a self-described experimental ‘robot pop’ style that combined electronic music with pop melodies, sparse arrangements, and repetitive rhythms, while adopting a stylized image including matching suits. Following the release of Electric Café (1986), Flür left the group in 1987, followed by Bartos in 1990. Founding member Schneider left in 2008.” 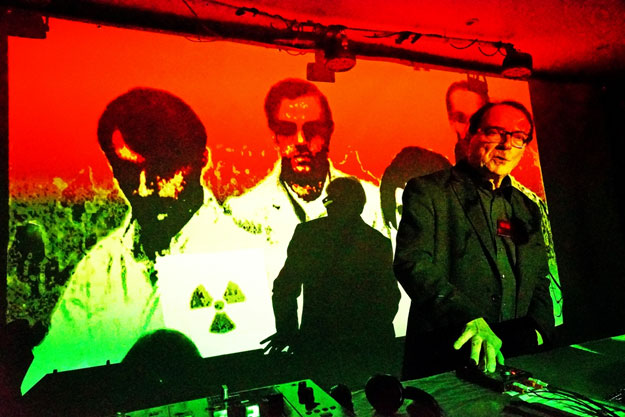 Wolfgang Flür has carried on living inside the ‘I Robot’ persona. 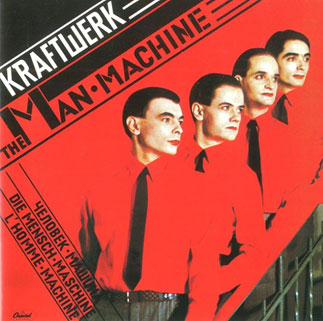 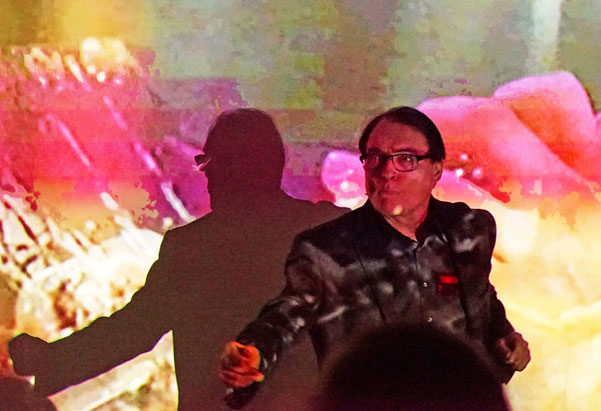 On his own as MusikSoldat, and now much older, Wolfgang moves sparsely, and provides ‘beats’ and far-fewer vocalisations. His film-projected backdrops, place him in front of scenes from past Kraftwerk glories, superimposed on images of the glammed-up, showroom robots, for which they are still well-remembered.

Here is a link to a more energised Wolfgang and MusikSoldat in 2016. Very much the show that I saw live, but at a slightly slower pacing. Wolfgang looked a bit tired: 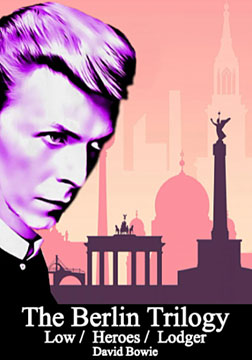 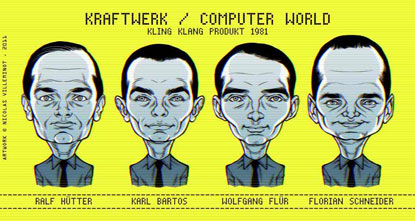 Krafterk’s experimentation had offered a home for, the drug-ravaged starman, David Bowie’s soundscape experiments with Brian Eno (who had already worked with the German outfit, Harmonia) and Iggy Pop in the Berlin trilogy: Low, ‘Heroes’ (both in 1977) and Lodger (1979). Iggy Pop’s ‘The Idiot’, which Bowie helped provide much of the music for in 1977. The German recordings of Kraftwerk and those by Bowie sound more sinister, other-worldly, in their German language versions, especially, ‘Die Mensch-Maschine’.

In the wake of Kraftwerk

Flür more recently founded the band, Yamo, and released the album ‘Time Pie’, a collaboration with Mouse on Mars. He also published in 2000, his autobiography, ‘Ich war ein Roboter’, (I Was a Robot). Some parts of the contents were deeply resented by Hütter and Schneider, who filed a lawsuit against Flür. This meant a temporary halt to publication, plus some revisions of parts that included disputed accounts of his time with the band.

Wolfgang has been touring the world as a performer-cum-Dj, mixing his historical time-line with Kraftwerk into mash-up of techno, house-beats and electronica.

According to Wikipedia, Flür plans three new collaboration albums, the first of which, ‘Magazine 1’, is due to be released in February 2022. This may include further collaborations with the German dance act U96, which saw the release of ‘Transhuman’, which featured 3 new songs from Flür, the only songs he’s released in 5 years. 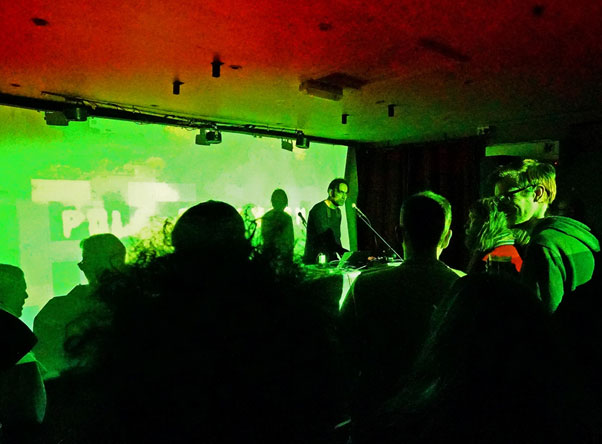 Peter and Wolfgang have produced a joint instrumental, ‘Birmingham’, which is expected to appear on the ‘Magazine’ album: https://www.youtube.com/watch?v=V-oGCnkCces

Back in Germany, Berlin continues to be the spiritual heartland of Techno, but has been struggling in the wake of gentrification and Covid to recreate the decadence of original 1920s-30s, or, the punk-infused techno of the 1970s. Berlin Djs are now seeking Unesco World Heritage for the Techno clubs. https://www.youtube.com/watch?v=lrzUw_fA2II

Tweet
This entry was posted on 18 December, 2021 in homepage and tagged Alan Dearling, Kraftwerk, Wolfgang Flür. Bookmark the permalink.