Your Daily Ickes and Pains 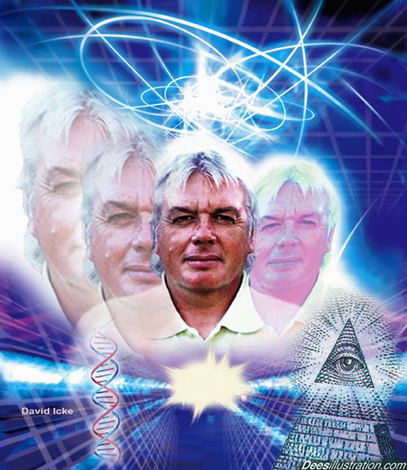 Having endured for so long the jaded sneers
Of the public,
For his global followers, David,
Now has the prophecies that explain
Both the sudden dome built above,  as well  as
Around our perceptions, as the One Percent
Slice decisions, just as they do air, for our pain.
Icke’s initial conversion to Christ has in (ecstatic)
Reverse rendered him John the Baptist;
From a roughened chrysalis, bravely entered
He constantly re-emerges, charged as he is
By Sharp thought,
To peel back the skin
Of both truth and the lizard,
As a recent London podcast now batters
Huxley’s and Number Ten’s  converse doors.
Thanks to the processes at play, we were predicted
To live out the plot of Soderbergh’s film Contagion;
Using the Wu Han prawn as replacement
For the pig Paltrow touched,
Instead of seeing the meat that basks
In high places, as a shadow  baked cult
Of commanders, with ever hovering forks
Feast  on us.
With the data’d dead as hor’s d’oeuvres,
It is the healthy hordes who’ll be dinner,
Caught on plates in our houses,
And roasted, no doubt by 5G.
Under microwaved air set to stun, the Baptist
Stirs the dark waters, as the economy vapours
And then ripples away to lost seas.
Today we are all swimming – sat,
While looking out for an island, but not in a sea,
Bowl, or armchair, or even that Chinese chef’s
Cooking pot.  We are caught in something
Icke says, that steams and fries former flavours,
And which has been both designed and delivered
By a fact and fiction so savage
That this Sunday sermon
Would poison all Vicars
And become the type of dare
God forgot.
David Erdos April 5th 2020
Tweet

View all posts by David →
This entry was posted on 11 April, 2020 in homepage and tagged David Erdos, David Icke. Bookmark the permalink.