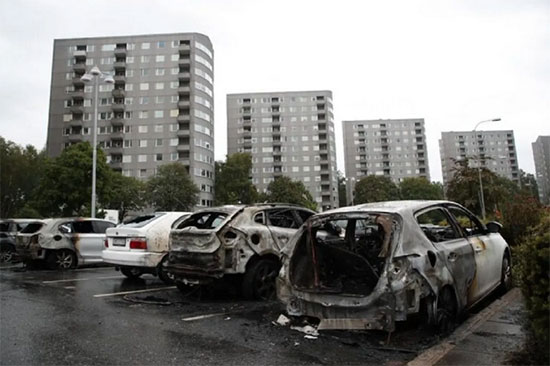 It means telling yourself that the future, like the present, has sealed exits: things promised, things owed.

It means to be educated and to have been, to report and to give account everywhere whether we are compatible with the world of actual life, of which we have been told since childhood, and which now greets us from afar.

It means hanging at the endpoints of the network, being connected and already gasping for air.

It is the end of the month every day.

One wonders where the real life has gone that was spoken of yesterday.

You have to make plans for a comet that doesn’t yet exist or is unreachable and may have already been colonized.

It means being forced by the good intentions of all powers, families, schools and governments: We are trained like fighting dogs and treated like donkeys.

It means being asked to continue living that way, under the obligation of definitively mutilating imperatives.

It means having to bear, as a vigilant citizen, the whole burden of the bullshit that has ravaged this earth.

It means to guess that an excess of attention towards us has prepared something like an extinction, a complete excision.

It means that the soul is marked from a nameless horror.

It means feeling responsible, punishing yourself and wearing all the suits.

It means counting our fellow human beings who have barely outgrown childhood and mutilate themselves, hang themselves or plunge out of windows.

It means asking ourselves if we will still be standing tall tomorrow.

It means to state the unreasonable and diffuse belief in the disaster scenario that some of our unwanted fathers had pushed while our older sisters and brothers were coming into the world.

It means being deprived of the possibility of realizing a life that seems desirable and acceptably livable to us.

It means that we have to live within the narrow framework that is imposed on us everywhere, that we have to continue to trade while everything that belongs to the good life dies or is missing.

It is our youth, this beautiful adolescence, kneeling, hands behind the head, eyes on the ground, it is this image of bodies lined up.

It means being a suspect since kindergarten and being under general suspicion.

It means watching our bodies afflicted with autoimmune diseases, our bodies already aging, our souls, those little accessories silenced with sedatives, our spirits resigned to a form of death maintained and nurtured by the various palliative treatments offered to us through the daily updates of various absurd and incapacitating applications.

It means taking the form of the tools we use.

It means to say that wherever the drought of stones spreads, we look for the shade in which we can rest.

It is said that a series of devices were developed for us, which in the end were only the nightmare of our fathers.

In reality, we are much wiser than our mothers, our fathers, our sisters and brothers, and perhaps it is our wisdom that clears the way for everything that oppresses us, be it people or the exo-powers of people who have been turned into machines that are now given the task of controlling us. Our wisdom is not wisdom. Our wisdom is a dejection.

It means to claim that we are sincere, with our children’s eyes in this unjustifiable world; if someone attacks someone, someone will attack someone.

It is a confirmation that we will not be fooled: We will not make eco-friendly capitalism sexier with the help of Cotillard and similar tricks. We are also aware that the identities that are a product of the liberal world mutilate us, divide us and complete the long road of censorship that has been lurking for many years.

We are for an offensive and irreversible, joyful and liberating strike. We call to discard the dejection in which they would like to keep us, we call to discard the morality and the gloom that work on us like the weight of a long sentence. We call to distrust all censorship and retreat, we call to act directly wherever that which destroys humanity still dares to show itself. Let us share our knowledge and insights and then show them to beware of drowsy waters.

Originally published by Tous Dehors. Translated by Riot Turtle. Translated from the German version on Sūnzǐ Bīngfǎ. Taken from Enough 14.

Tweet
This entry was posted on 16 July, 2022 in homepage and tagged Youth Manifesto [France 2022]. Bookmark the permalink.