Venus is the second closest planet to the sun, and next to it, the second brightest ‘star’ in the sky. It was named after the Roman goddess of beauty. To the Babylonians it was Ishtar “bright queen of the sky” and its Mesopotamian name Astarte was transformed by the Greeks into Aphrodite – goddess of love, beauty, pleasure and procreation. Its planetary symbol is assigned to all female life forms on Earth. It is the only female planet in our solar system and the only one still referred to as a star.

The Romans also appended the letter “A” to words denoting objects and ideas they considered female in nature, a tradition that continues throughout the Romance languages of Europe to the present day. “A” is the letter most commonly attached to the end of female names: Anna, Barbara, Christina, Diana, Eva, Fiona, etc. It is also the first letter of the alphabet in many cultures past and present…

As the brightest object in the night sky, it’s understandable that Venus would be described as a star. It is referred to as both the Morning star and the Evening star and in some cultures these were considered separate entities. It is the first to appear as the sun sets, and the last to leave when it rises. As ancient traditions would have it, it wakens the sun and puts it to rest. It is the image of a mother – a mother and sun. As with all mothers or potential mothers it necessarily embodies the female characteristics of beauty, love and procreation.

The fact that iterations of its name would include Ishtar and Astarte suggests why the planet and the word star are also connected. Astarte’s symbol was in fact precisely a five-pointed “star” within a circle. How it was arrived at was a marvel of ancient astronomical insight. 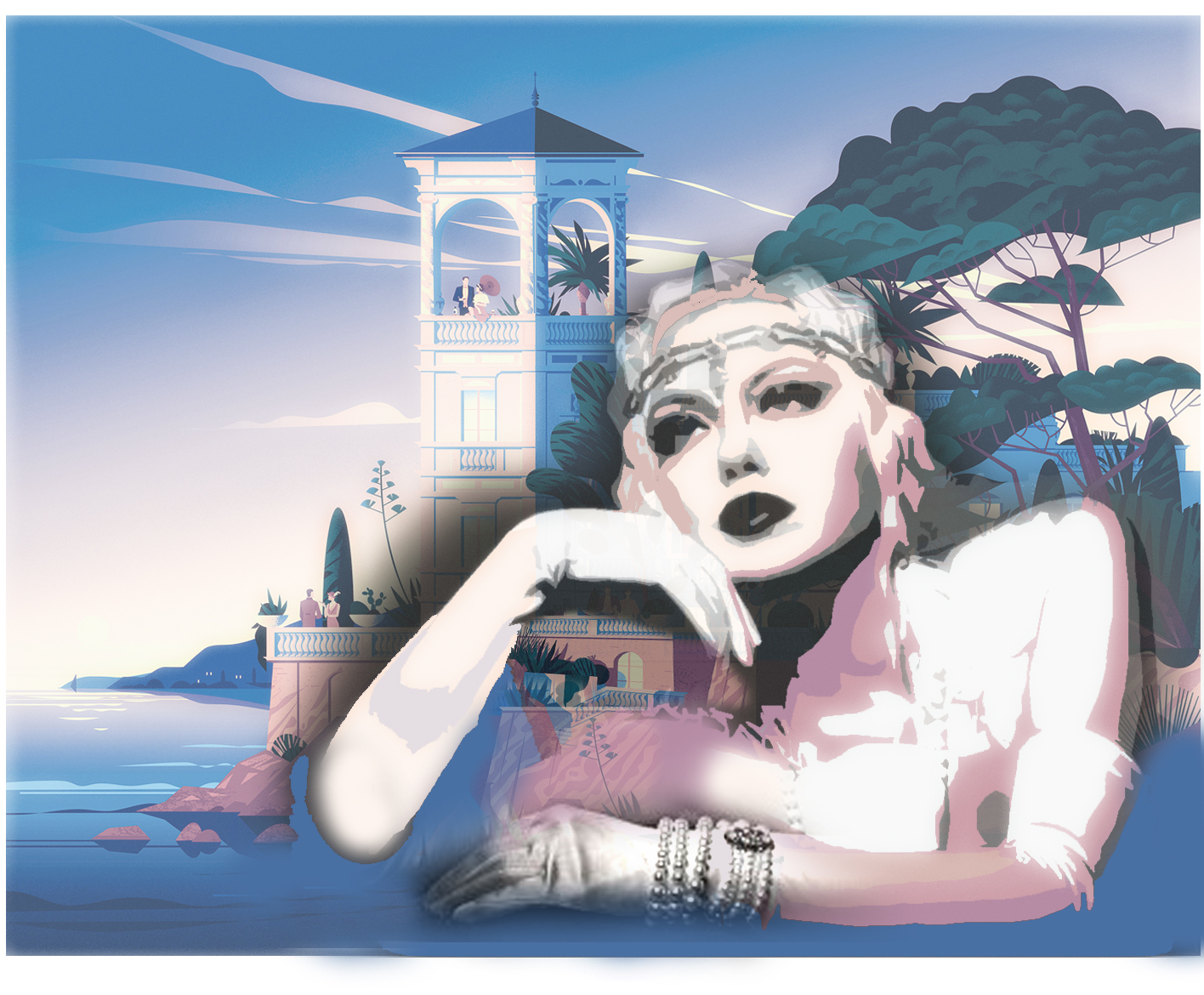 The celestial qualities of Venus were known to many cultures. Its motion with respect to the sun and the Earth was recorded by the Babylonians, Persians, Greeks, Romans and Maya. Because Venus is closer to the sun, its rotation around it is much quicker than that of the Earth; its orbital ‘year’ is 224.7 days compared to our 365 days. As a result, when an alignment occurs between Venus the Earth and the sun, it takes 584 days for the different rotations to catch up with one another and repeat it. If the alignment occurs in relationship to a specific zodiacal sign, it will take 5 such alignments over the course of 8 years before the same zodiacal sign is in the same relationship again. A geometrical representation of this cycle, connecting the points of alignment, is a pentagram: a five-pointed “star”.

The symbol of the pentagram and its association with the female principle was accepted throughout the ancient world. As such its use as an abbreviation for woman or girl seems feasible. Though it was conceivably used before them, the Romans with their complex legal system, tax system, census taking and above all slave trading may well have used such a shorthand device to indicate “female”. A star however is a complicated image to draw. An abbreviated version, in which the five points and the essential quality of the symbol are retained, makes more sense. This can be done with three lines to convey the same idea.

The Romans not only placed this symbol at the end of their words to denote feminine quality, but also like many cultures chose it as the first letter of their alphabet.

“A” when pronounced “Aaaah” is the sound of breathing, both inhaling and exhaling. Women, as the means by which life is born into the world above all represent first breath – and by extension consciousness. It is only fitting that their symbol would be the first letter in the system of language.

In English, as every child knows, “A” is for Apple and as most of them also know it was an apple that got things started. Eve – as in Evening star – handed the apple of knowledge to Adam and self- awareness began. Eris the Greek goddess of chaos also set things off by throwing the golden “Apple of Discord” in front of the three goddesses Hera, Athena and Aphrodite. The apple read: “For the fairest”. Since the three ladies all considered themselves worthy of the title, the mortal Paris was elected to decide for them. Aphrodite – having craftily taken all her clothes off – was declared the winner and in return Paris was given Helen of Troy. According to the Greeks, thus began man’s first great war.

Venus, in her various manifestations, as beauty, love, pleasure and origin of life was also considered the origin of suffering and death. You can’t have one without the other.