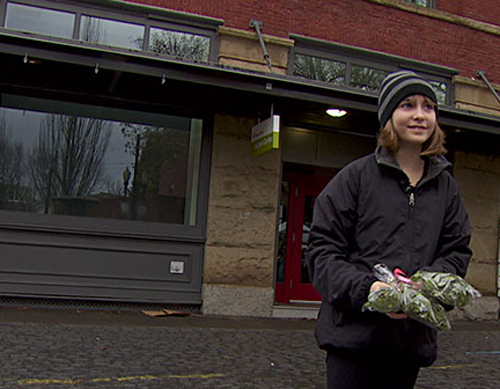 The psyop works this way: label all criminal machinations designed to make the rich richer and the poor poorer “capitalism.”

The objective? Increase the power of government and its allied corporations to control the means of production and the distribution of goods and services.

“Well, freedom and the free market didn’t work. It was always corrupt to the core. So let’s kill capitalism and install a fair and equitable and humane system…”

Yes, and let’s have a rainbow every day, with fairies and elves dancing in the sky and parachuting food and money down to the masses. If you want something now, you can have it now. No charge. You didn’t like the vegetables that came from the sky with your package? We’ll send a drone to your home and deliver candy and ice cream and hot dogs.

Fairy tales aside, capitalism actually means: you produce something and you charge money for it. People who want it pay for it.

All by itself, that system doesn’t make the rich richer and the poor poorer.

Fascists telling an 11-year-old girl named Madison Root she can’t sell mistletoe in Portland, Oregon, but can beg for money in the park illustrates the problem. She can “ask for donations,” but she can’t sell.

The federal government can offer hundred of billions and even trillions of dollars to big banks, but a little girl can’t sell mistletoe.

On behalf of Monsanto and other biotech ag giants, the US government can send advance men around the world to promote GMO food, can try to drown Africa in toxic GMOs, but a little girl can’t sell mistletoe without a business license.

What’s next? SWAT teams invading garage sales and shutting them down? Oh, wait. Was Madison Root selling mistletoe on public property? Was that the crime? Public property means “government-controlled” and has nothing to do with the public, the people? Then why not call it government-owned land.

“Our top story tonight…Karl Marx walked into a park in Portland, Oregon, and explained to an 11-year-old girl why she couldn’t sell mistletoe. He said the dictatorship of the proletariat controlled the means of production, and since there was no government mistletoe factory, she was a criminal. Afterward, Mr. Marx chatted with a local student group carrying a banner emblazoned with the directive, Everything Should Be Free. He was overheard saying, ‘You people are very useful idiots. Keep on keeping on.’”

Giant pharmaceutical companies can sell government-approved toxic drugs that kill 106,000 people a year, like clockwork, in the US, without fear of criminal prosecution, but a little girl can’t sell mistletoe. (See Starfield, Journal of the American Medical Association, July 26, 2000, “Is US health really the best in the world?”)

Pharma doesn’t operate according to the rules of capitalism; it operates on the basis of government protection in the service of poisoning the population, while racking up billions in profits.

The defense corporations don’t operate according to the rules of capitalism; they operate on the basis of government-mandated imperial empire.

Producing and selling goods which are non-harmful isn’t the problem. Cronyism and hijacking and pirating that system are the problem.

Unionizing and striking and collectively bargaining to earn a livable wage aren’t the problem. Signing illegal globalist treaties that encourage the export of jobs overseas where labor is cheap is the problem. Relocating those jobs under the false rubric of free trade is the problem.

But a little girl can’t sell mistletoe during the Christmas season in Portland.

The US government can create a trillion-dollar sector of the economy, by letting out contracts to companies to build a wall-to-wall Surveillance State, spying 24/7 on the American people…

Merry Christmas to all, and to all a good night.