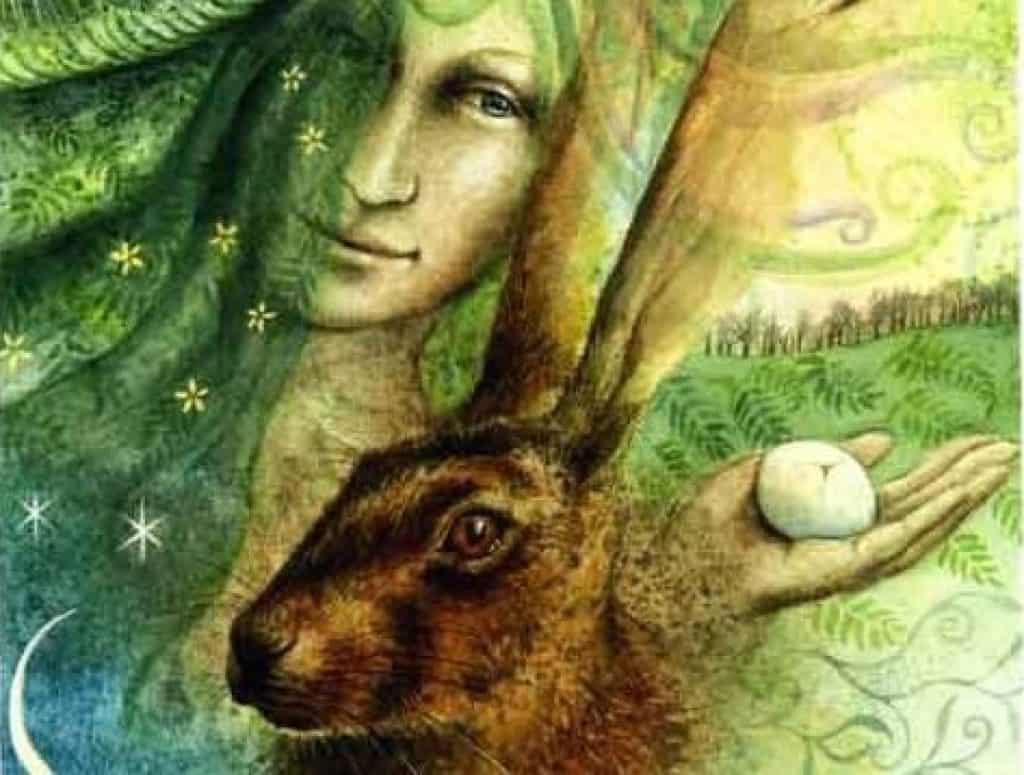 I live and work for 8 months out of the year in Poland. To be more precise, in a small cottage in a village situated on the edge of the Beskidi mountain range in the Province of Malopolska, about 40 kilometres South West of Krakow.

We, Jadwiga and I, cultivate about 1.5 ha of land composed of around 7 fields, each in a separate location, but all within walking distance. Most is for vegetables, grazing and hay.

In our garden is an orchard comprising apple, cherry and plum trees, a herb growing plot and 3 green houses. There is also a barn made from clay and straw, which we converted into an educational centre some 20 years ago.

The animal population of our smallholding consists of 3 Alpaka, 3 mountain sheep, 2 ducks and a small flock of hens. The 120 year old farm cottage in which we live, has light tunnels to bring sunlight into the interior and a heat pump with underfloor pipes to keep out the winter chill.

We are now approaching Easter, which, in a predominantly Catholic Country, means that celebrations are mostly of a religious nature. The good people of Stryszow head for the village church. Jesus Christ is the centre of attention, as he is every Sunday of course, but especially so on Easter Day. For as the legend has it, Jesus Christ died and rose again from the dead within the small space of time they call ‘wielka noc’ in Poland – ‘the great night’.

A significant portion of the village line the pews of the village church on Wielka Noc – as they do on most Sundays – as Poland is a bastion of traditional Christian persuasion – the priest holds a high position within the community hierarchy. What he says, by and large, gets done. For the congregation, and within Catholiscism in general, the priest is the interpretor of the word of God.

Loud speakers placed outside the church blast passages of the service out into the surrounding environment, calling all attendees and non attendees, to atone for their sins, pray for forgiveness and offer humble obeisance to Jesus and Mother Mary via the imbibing of the Communion sacrements. And on Easter Day, to find a further degree of humility, because, as the priest reminds them, on the occasion of Wielke Noc their Saviour suffered the crucifixion – ‘so that they may live’.

At the top of the hill on Easter Day, the sun is shattering the gloom of grey winter; the air is sweet with the aroma of waking earth; birds are aroused into melodious song and a non conformist ‘heathen’ couple are busy sowing the first seeds of the new season. The greenhouse doors are opened wide; freshly composted soil is taken-up in the hands and mixed into small pots that are the birth place of the new seasons vegetables. Old leaves are raked into compostible piles and the sheep, alpaka and hens are turned-out onto the first shoots of Springtime pasture.

If we are on our knees, it is because the planting of seeds demands being close to the soil. If we are feeling humble, it is because nature teaches us the lessons that every true farmer and grower cannot avoid confronting. If we are in communion, it is because we are in the hands of the elements, the wind, sun, snow and rain – and our best call is to learn to work with them and not against them.

The elements are a part of a seasonal cycle of death, birth, life, which forms the trinity of our life here on Earth. We don’t need a priest to divert us from this truth.

The earthy Springtime ritual is connecting us with our deeper nature. We are vibrating to the rhythm of a pagan journey; being reminded of what sustains, nourishes and supports us, both now and in the months to come. The essential rudimentary needs of all of us.

When not working the land we are carrying the message out to the wider public arena – as campaigners – defending the small farmers from government, EU and corporate attempts to destroy them.

Not so long ago, most of those lining the pews of the village church were also working on the land. But as the Western myth of a ‘free market’ and capitalist dream replaced the old communist regime, so did the decline of once thriving small scale enterprises on the land follow suite. So now, even the majority of monks in the famous monastery in Calveria – just down the road – shun the hoe and rake and purchase their third rate meats, milk, grains and vegetables from the nearest supermarket chain store. This lifeless food, having travelled from all over the world, is being consumed by a brotherhood whose metier is to bring people closer to God, but which finds itself and its congregation, sinking ever further into the godless world of Western materialistic dependency.

And as it is, just like the plant kingdom, we humans are supplied with our life blood via our roots. Unless those roots are strong, we cannot grow into our fullness. Poland is a Slavic nation and its true roots belong in this ancient culture. A culture closely affiliated with cultures of the Far East and expressing itself through a language rich in spiritual nuance and earthy wisdom. Something it shares with fellow Slavic nations to the East and South; including of course, Russia.

The Slavic/pagan festivals of Easter celebrated the rebirth of life on the land and in the human being. Celebrations largely swept aside by Christianity and the centralisation of religious power into the hands of popes, priests and bishops. With the net result that a constricting dogma replaced the expression of ritual celebration.

In the pagan tradition of Easter, children painted eggs with bright colours, symbolising the fertility of new emerging life. The egg has been a symbol of fertility for millenia in almost all countries of the world, and the re-enactment of decorating it in early Spring is a pagan tradition that long supersedes the churches claim to invention. Likewise the decorating of homes with plants, wreathes and other ornaments depicting the re-emergence of the light after the winter.

These activities are also taking place in our small home on the hill this Easter time, along with the recently introduced feature of decorating the wool from our alpaka and sheep and hanging it as a colourful tapestry on the wall.

It is a salutary experience to be able to participate in this powerful expression of a way of life on the edge of destruction. A way of life suffering under the jack-boot of neoliberal capitalist regimes and the standardised educational system that are perpetuated on behalf of the corporatist global agenda.
A regime that neuters all aspirations to a life that takes nature as its true guide.

The day after Easter 2018, I was out harrowing the wild flower rich meadows from which our animals would graze and the Summer’s hay be gathered. The snow gleamed white and iridescent on the distant mountain tops. Some wild deer gingerly emerged from surrounding woodland, cropping the young shoots of Spring grass.

A warming wind smelt of renewal, revival, rebirth. A small tingle of ecstasy ran throughout my veins. A smile touched my soul. Nature had died – but been reborn – so that we all may Live.

View all posts by Julian →
This entry was posted on 20 April, 2019 in homepage and tagged Julian Rose. Bookmark the permalink.