A Very British ‘Road to Nowhere’ 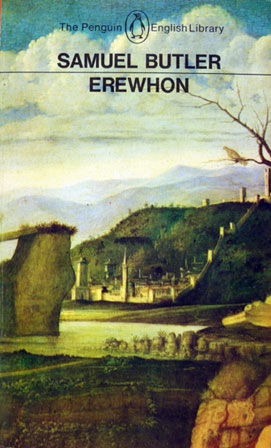 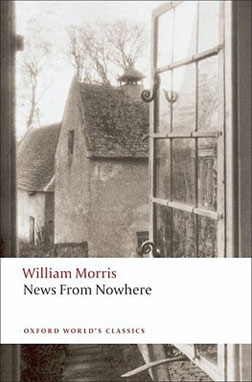 Alan Dearling considers some of the mythic ideas and concepts of ‘Nowhere’, ‘Utopia’, ‘Erewhon’ and ‘Nusquama’ (Thomas More’s imaginary island, ‘Nowhere’), that have provided rich inspiration for generations of musicians (and other writers).

“…A dream will always triumph over reality, once it is given the chance…” (Stanislaw Lem) 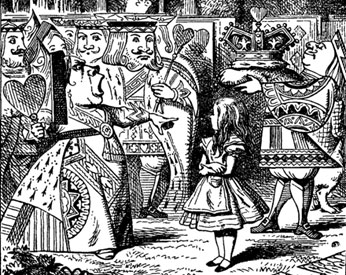 Very few ideas, books, films, music, scientific inventions arrive fully-formed. Most are influenced and conceived within the context of the social, economic and political times of their creation. They are also created through some sort of symbiotic process of evolution, using building blocks ‘borrowed’ or ‘appropriated’ from other creative minds. The range of utopian/dystopian, futurological literature is immense. It has always held a fascination for me personally, but I’d guess that is true for many people. We all need dreams and visions, fantasies, escapism into other worlds and universes!

“Alice laughed: “There’s no use trying,” she said; “one can’t believe impossible things.”
“I daresay you haven’t had much practice,” said the Queen. “When I was younger, I always did it for half an hour a day. Why, sometimes I’ve believed as many as six impossible things before breakfast.” (Lewis Carroll)

“…Reality is that which, when you stop believing in it, doesn’t go away…” (Philip K. Dick)

“…What power would Hell have if those imprisoned there were not able to dream of Heaven?…”  (Neil Gaiman)

In a 1945 broadcast, George Orwell praised the book and said that when Butler wrote: ‘Erewhon’, it needed, “imagination of a very high order to see that machinery could be dangerous as well as useful.”

Samuel Butler had personal experience as a sheep-farmer in New Zealand and it obviously inspired his mythical country of ‘Erewhon’, an anagram of ‘Nowhere’ – almost Nowhere backwards! His book is something of a response to Charles Darwin’s ‘Origin of Species’, published in 1859. Butler was the son of a clergyman and like many Victorians had extremely mixed (I’d suggest, confused) emotions regarding Science and Religion.  In ‘Erewhon’, Butler’s protagonist makes a voyage to a country much-resembling New Zealand, but then during some leisure time, explores the mountainous terrain, looking for new land suitable for sheep-rearing or for gold-mining. He sets out with a native companion, Chowbok, and suddenly finds himself alone in another world – Erewhon.

The locals put him under a kind of house-arrest. His crime? Wearing a watch!

The values of Erewhon are perhaps a ‘mirror-image’ of those in Victorian England. Correctional treatment programmes are carried out by Straighteners. ‘Illness’ is the greatest crime, whilst robbery and embezzlement are minor misdemeanours. Possession of ‘machines’ and machine-made items, is a serious offence too.

“The judge was fully persuaded that the infliction of pain upon the weak and the sickly was the only means of preventing weakness and sickliness from spreading.”

Life in Erewhon is based on ‘courtesy’ and ‘harmony’, but it is underpinned by anti-science. Education is controlled through ‘Colleges of Unreason’, which are founded on the doctrine of hypothetics, which are fervently anti-machine, out of fear of the machines taking over, we suppose:

“The lower animals progress because they struggle with one another; the weaker die, the stronger breed and transmit their strength. The machines themselves being unable to struggle, have got man to do their struggling for them…”

Samuel Butler’s writings and thought-processes are messy and disjointed. They wobble between a Luddite world where the destruction of machines is the Law, tinged with hints of extreme Eugenics.

“They hold that the unborn are perpetually plaguing and tormenting the married of both sexes…they would not have been here if they would only let peaceable people alone.”

Butler adds, as a point of confusion really:

“I cannot think that they seriously believed in their mythology concerning pre-existence: they did and they did not; they did not know themselves what they believed.”

Butler’s narrator discovers that Erewhon’s philosophic/religious base had been, in part, an extreme Vegan one – ‘The Rights of Vegetables’. Erewhon learned this from the Old Prophet.

“If it was sinful to kill and eat animals, it was not less sinful to do the like by vegetables, or their seeds.”

However, this went through topsy-turvy changes, as, after a public outcry, meat-eating was once more allowed.

“Which shows greater signs of intelligence? He (man), or the rose or the oak?”

And here is a selection of music inspired by the book (or perhaps just the Erewhon title): 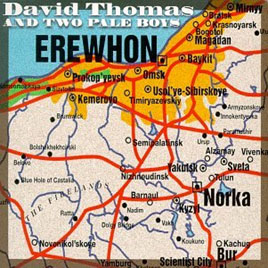 “This is the radical debut of David Thomas and Two Pale Boys, a band dedicated to creating songs out of nothing – not rambling improv but atmospheric, nuanced, structured songs that never existed before. Erewhon is an album about places that don’t exist.”

“(It) is, of course, David Thomas, leader of Pere Ubu, those ambassadors of the absurd, and Erehwon (apart from being a famous book) is “nowhere” spelled backwards. Erehwon is also David Thomas backwards, in a way, coming on like Tom Waits after a serious bout with hallucinogenics. With the assistance of Keith Moline and Andy Diagram, he’s put together a record that’s not quite like anything.” 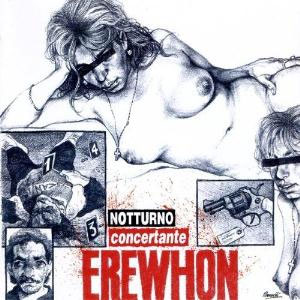 ‘The Road to Erewhon’, is a slice of countrified hokum. A track from ‘The Big Ugly’ film soundtrack (2020), written by Adam Marc McGrath and performed by The Eastern. 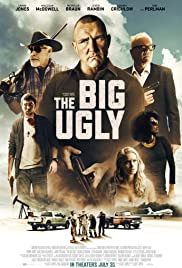 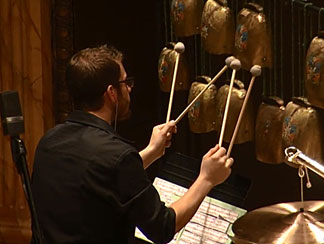 But here’s some other-worldly gamelan weirdness: ‘Erewhon’, by Hugues Dufourt – 3rd Movement (others are available!), performed by Line on Line: https://www.youtube.com/watch?v=6XkEvnmHxSQ

But wait a minute…Erewhon has also seeped into video gaming and is alive and well at the base-camp, filled with guitar noodling in this Tom Clancy game: 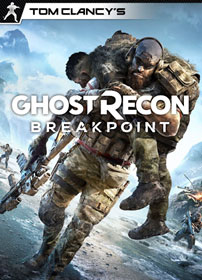 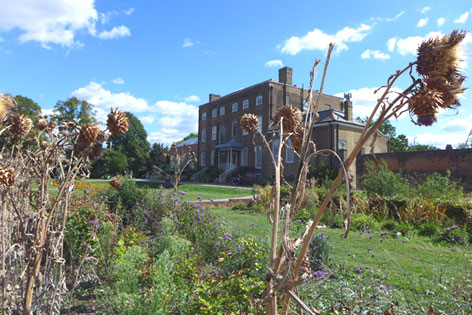 William Morris is probably now best known for his decorative arts: wallpapers, fine book editions, decorative arts, stained glass and furniture. The museum and gallery devoted to his life is at Walter House in Walthamstow (the Morris family home from 1848-56). It provides plenty of opportunities to view his eclectic talents. It is well worth a visit when possible.  https://www.wmgallery.org.uk/

As with ‘Erewhon’, ‘News from Nowhere’ is a clunky read. Parts of the story-line are classic romantic adventure – the journey along the Thames, exploring its history and present. But mixed in, is a good deal of polemic. Morris wanted his narrator, the now quite elderly, William (the) ‘Guest’, to operate as a kind of human sponge. In the story he has been transposed to England some 130 years in the future. Chapter-by-chapter we listen to Morris’s own views on society, politics, industrialisation, women’s rights, art, nature, leisure and work. We do so through both Guest’s perspective and from the people he meets on a river voyage (notably old Hammond, Dick, Clara and Ellen), whilst sculling up the Thames from Hammersmith to the upper reaches of the Thames above Oxford, near to his own rural property, Kelmscott Manor. As Guest discovers, Parliament House at Westminster has become the Dung Market. Essentially, the book is a mechanism to explore aspects of William Morris’s own desire for a return to something akin to a more pastoral, pre-industrial, socialist society. However, he also examines, albeit quite superficially, some of the downsides of the new society where there is no private property, the environment is celebrated and protected, and where work is fun and noble. But, without competition and struggle, something is missing – which is perhaps why Morris loudly espoused communalism, and was vehemently opposed to state socialism, whilst being quite an avid fan of Karl Marx.

‘News from Nowhere’ is not a great piece of fiction, but it is filled with ideas that are very current and worth considering in the 21st century. Here are some samples. 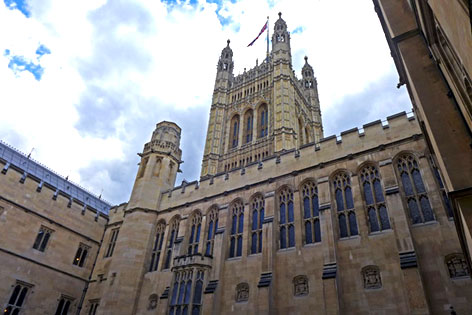 Work as ‘attractive labour’ – Victorian Britain was incredibly divided – the towns and growing cities were heavily polluted and the poor often lived the lives of the damned – poverty meant squalid conditions and short lives, whilst the rich made their fortunes through rampant industrialised capitalism. Slave-labour in the view of the Marxist/Socialists. Morris appears heavily conflicted about the benefits of scientific advancements and machinery, and his romantic view that work should be a largely pleasant, “exercise of the mind and body” and that ‘new handicrafts’ and ‘hand-work’ should be the ideal, today feel quaint. But, he may be closer to some truths in his opposition to a situation where society has allowed “machines to be our masters and not our servants.”

Education is not compulsory – it’s viewed as the ‘art of knowledge’ and learning through doing and being closer to nature:

“…(children) often make up parties, and come to play in the woods for weeks together in the summer themselves, and get to know the wild creatures; the less they stew inside houses the better for them, living in tents, as you see. We rather encourage them to do it; they learn to do things for themselves.”

Morris hoped for an Egalitarian society. He seems to have believed in a rather naïve and idealised mix of devolved governance and opportunities to develop the ‘commonweal’ – perhaps, some sort of localised ‘community co-ops’ combined in some way with communes and collectives.

“That leads me to my last claim, which is that the material surroundings of my life should be pleasant, generous, and beautiful; that I know is a large claim, but this I will say about it, that if it cannot be satisfied, if every civilised community cannot provide such surroundings for all its members, I do not want the world to go on.”

Environmentalism – In ‘News from Nowhere’ the London of 2020 has become filled with trees, parks, nature and much ugliness has been removed. The people are handsome, as are the buildings and there’s a harmony with nature. Indeed, industrial Manchester has disappeared completely. His ‘Nowhere’ is not a total rural idyll, yet it is a society that has been transformed into one that is more in balance and harmony with nature. Or, so it seems…

And here are some of the musical offshoots probably inspired by ‘News from Nowhere’. 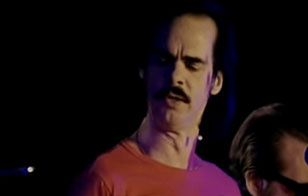 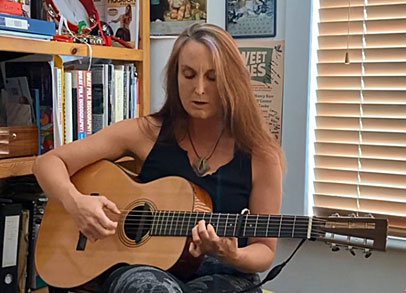 Words and music from the: The Fellowship Symphony: https://www.crowdfunder.co.uk/nfn
500 performers recorded over a seven year period at the William Morris Gallery (2015). 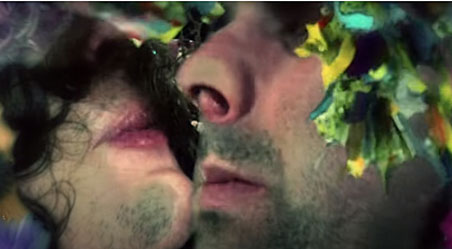 And perhaps, and probably, ‘Road to Nowhere’: Talking Heads (1985). https://www.youtube.com/watch?v=LQiOA7euaYA 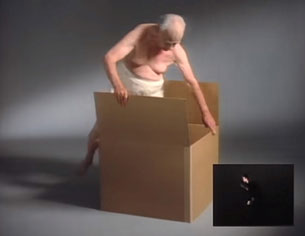 The most wonderful David Byrne certainly knows about William Morris and probably Samuel Butler too!

Tweet
Tweet
This entry was posted on 20 March, 2021 in homepage and tagged A Very British ‘Road to Nowhere’, Alan Dearling. Bookmark the permalink.

One Response to A Very British ‘Road to Nowhere’