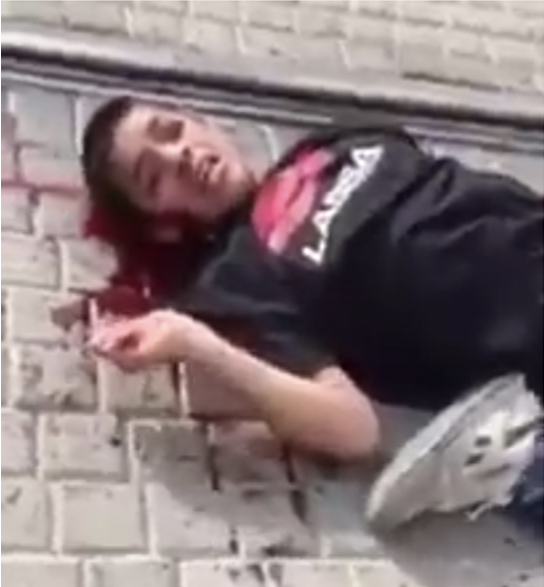 In Jerusalem, the Pisgat Ze’ev neighborhood
Was seized from the Palestinians in 1967.
Its Arabic name was originally Ras at-Tawill
But it’s now in the control of the Israelis.

Upon annexing it they changed its name to Pisgat Ze’ev
In honour of a Zionist leader, Ze’ev Jabotinsky,
Who dressed his Betar movement’s followers in brown uniforms
As he was a fan of Mussolini, the Italian dictator.

Jabotinsky’s fascist philosophy lives on this deadly district
Where indigenous Palestinians are now unwelcome –
As a thirteen-year-old boy called Ahmad Saleh Manasra,
Found out to his cost in October, 2015.

During October, fifty-six Palestinians were killed
In a wave of murderous hysteria –
With the Palestinian Red Crescent facing fourteen attacks
On its medical staff and ambulances in 72 hours.

When Ahmad and his cousin, Hassan, entered the area they encountered
Israeli police and Israeli Defense Force soldiers.
A group of settlers told the police Ahmad had stabbed one of their number
Then, without searching them for weapons, the police opened fire.

Hassan was shot dead. Ahmad was driven into by a patrol car
And he lay on the ground in a pool of blood.
Wrapping his hands round his head and splaying
his broken legs
He struggled to cry out for help.

Instead of their assisting a fellow human being
The settlers took it in turns to shout at him.
They urged him to die with an oafish obscenity:
“Die, son of a bitch.” “Give him one in the head.”

A settler with an iPhone filmed Ahmad’s bleeding body
While blurting out with a poisonous passion,
“Die! Die, you mother fucker, die! Die, you faggot, die! Die, you son of sixty-six whores!”
These words addressed to the child were delivered in Hebrew

And then others in the crowd obliged the child by translating them
Into Arabic to make sure that he understood them –
So that what were possibly to be the child’s final moments
Were accompanied by a demonic descant of hatred.

One or two of the settlers stepped forward to kick the body,
Punctuating their contempt with a litany of oaths:
The child was “filth” who should be “wrapped in pig meat
“And then set fire to so that he disappears.”

There were triumphalist chants of “Shoot him”
And “Kill all Arabs” from a rabid crowd,
Gleefully abandoning the aspirations of the Holy Torah
That Judaism be a “light unto the nations.”

In 1939 W. H. Auden wrote, “I and the public know/
What all schoolchildren learn,
Those to whom evil is done/Do evil in return.”
And the Middle East is ground into dust

Which brought forth the wrath of Rome and the destruction
Of Jerusalem’s Temple and half the city itself.
The so-called Holy Land can only be sanctified if it’s shared
And not monopolised by Israel’s tribal madmen 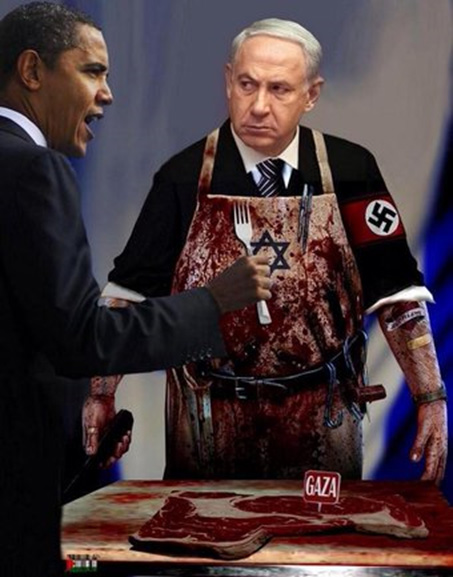 To whom the US gives ten million dollars daily,
Resulting in Palestine’s children coming to feel
That there’s little difference between life and death –
Harsh victims of Zionism’s very own holocaust. “The one thing that we learn from history, said Bishop Tutu
“Is that we do not learn from history.”
Dispiriting words but wiser than these from Ahmad’s tormentors:
“We are important and you are not” as one bystander shouted.

As a vast weaponized wall with forbidding watchtowers
Encroaches upon more and more of Palestine,
And those who criticize Israel’s bloodletting are dismissed
As medieval peddlers of a wicked ‘blood libel’. 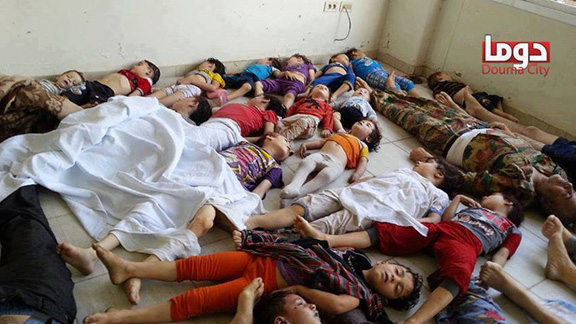 The Israeli state demands that it’s above the rule of law:
Nuclear weapons, torture and concentration camps;
Anything is permitted in fending off the slightest threat
To Israel’s stolen property acquired by violence –

All justified by Netanyahu, its head of State, whose father,
Benzion, Jabotinsky’s secretary, enabled the Betar
To be trained in murder at Mussolini’s maritime college –
Netanyahu absorbed fascism with his mother’s milk. 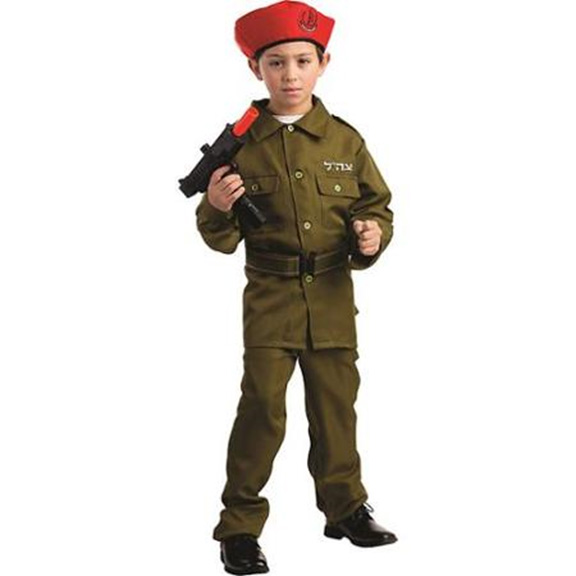 Walmart is advertising an ‘Israeli Soldier’s Uniform for Kids’
For Halloween, whilst Israel kills Arab kids with impunity
And ‘Gas all Arabs’ is spray-painted on the walls of Hebron –
Orders from an apartheid state mentored by King Herod.

On Sunday, 11th October 2015, Palestinian legal rights group Al-Haq published the names of all Palestinians who have been killed since 1 October: 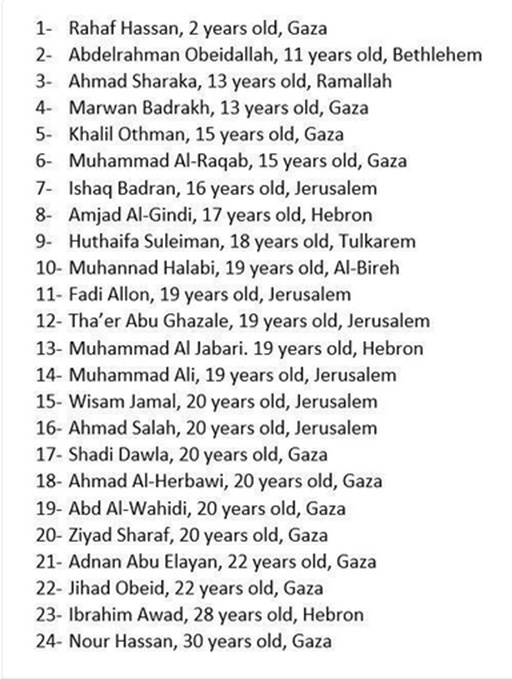