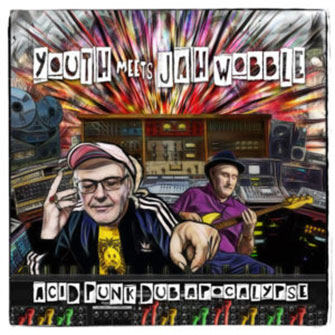 Titans of bass sounds. Youth (Killing Joke) and Jah Wobble (Public Image Ltd) are joined by some illustrious mates, such as Hollie Cook, Rhiannon and Vivien Goldman on this new album. Overall, more dub-style than punk, tinged nicely with a flavour of Acid House and Indian ragas. And shed-loads of ‘hooks’. Heavy beats, danceable. You shouldn’t be sitting in your armchair…get moving… Cheerful and uplifting music to shake off the cobwebs and dispel the pandemic clouds. It is also a reminder that we sadly lost beat/sampler, Andrew Weatherall in 2020. Drummer, Tony Allen, has left us too.

Lots of variety which is good. Deep Dub on ‘Full Metal Dub’ and ‘Panzer Dub’, a lighter touch on ‘Breaking shells’, and psychedelic out-there sounds on ‘Rhino’. Probably my favourite track is the Marley-like rhythms of ‘Rise Me Up’ featuring Blue Pearl’s Durga McBroom’s vocals…

Celeste: Not Your Muse 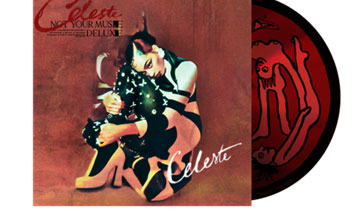 There’s quality music in every era. New music. New women and guys with something to say. Originality never stopped, though some nay-sayers would have us believe that the only good music is ‘old school music’! Amy Winehouse had that spark. You can almost imagine Amy looking over Brit-Award winner, Celeste’s shoulder, as she sings, ‘Love is Back’. Celeste and her team have created a heady mix of old-style music, tinted skilfully with a new unique look and sound, not just a hasty make-over. So, now we have Celeste. Her debut album is a powerful statement. It’s a classy act. The title track claims that she’s ‘Not Your Muse’, but for many she will be! It is soulful, sultry. There’s a vulnerability which is endearing. It’s also filled with glowing, effervescent pop, pumping, young and arrogant. For example, ‘Stop This Flame’, which could be Lady Gaga on fire. Then again, it oft-times seems to sound like something transposed into 2021 from a smoke-filled jazz bar populated by the ghosts of Lauren Bacall, Humphrey Bogart, Marilyn Monroe and even Doris Day.

“Isn’t it strange, how people can change?”

If you are older and distrustful of modern pop…go on, give this a chance. It’s a first step…Celeste is at the beginning of her journey. A bright young talent who should develop in some intriguing ways…Meanwhile, this is a powerful opening salvo… This isn’t from the album, but is really rather special; a duet of ‘You Do Something to Me’ with Paul Weller: https://www.youtube.com/watch?v=lUPsKZfuXi8 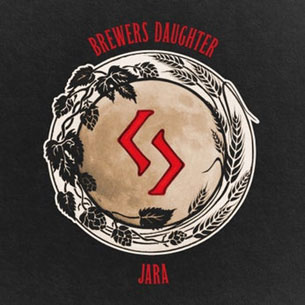 I’ve been aware of Rhiannon Crutchley’s exquisite playing and tones on a 1887 Wolf Bros fiddle for some time now. She’s part of the indie-festi and Traveller circuit and I’ve seen her a few times with the band, Tarantism.  She currently lives on a narrowboat.  Just like I used to. So, it seemed entirely natural when she let me know that she had a new album ready for release under the ‘Brewer’s Daughter’ moniker. I’ve let the music from the album seep into my psyche. It’s a varied smorgasbord of powerful songs. It has been a ‘grower’ – it now feels like an old friend – but at first it left me puzzled because it isn’t folk, definitely isn’t rock. In fact that is a lot of its strength. It’s intense, lyrical and personal. It’s acoustic music, but fully formed and rounded. Sometimes it almost becomes too intense. A life of bumps, grinds, set-backs, challenges – shared in her songs: 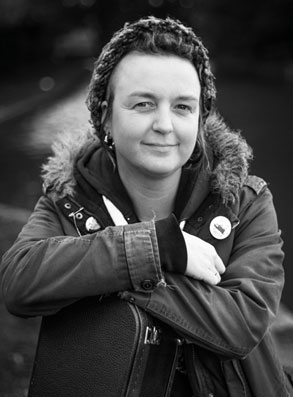 “If this is the soundtrack

To the life of me

Play it in a minor key.”

Rhiannon has assembled a fine collection of songs and tunes and musicians. Some bouncy, cheerful material, but much that features her voice, which is an unexpected instrument. Often gravelly, edgy, earthy, occasionally sneering, even a bit strident. I found myself thinking, “…this reminds me a bit of Billy Bragg.”  That’s probably because the words are worth listening to and thinking about… For instance, (from ‘Cork’ the opening track):

“My old man’s got a new dream

My friends from travellin’

Have found a place to

All but two of the tracks are Rhiannon’s own compositions. An original talent and well showcased on the ‘Jara’ album. Her arrangement of Dave Sudbury’s ‘Burn the Wagon Down’ is also a great track, redolent of way of the vardo, traditional Gypsies and travelling people. 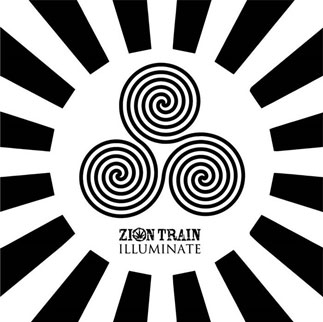 A few months before the Covid lockdown, I had a great night, right at the front of stage at the OZORA festival in Hungary, taking photos and even talking to members of Zion Train. I’ve known some of their members, especially Neil Perch, since their very early days, rising as they did from amidst the politically aware activists engaged in the underbelly of the alternative indie music scene of dance tent reggae, with their distinctive, very jazzy, dubby sounds. This new album, the first in five years, is an affirmation of their grandeur and power. It features a host of different vocalists and styles. The melodic, brass, and drum ‘n bass sound is still alive ‘n’ kickin’.

They are more of a collective than a band. ‘Universal Egg’, their hub, is virtually a blueprint for a ‘way of life’. ‘Illuminate’ features a veritable host of nine guest vocalists, toasters and MCs, controllers of the mix. Vocals have often featured on Zion Train albums, but ‘live’ they are sometimes stripped down to a deep dub dj-set. In the UK, I believe that they were one of the first live acts to transcend the gap between the hard-core, Rasta sound-system parties and the festies. I booked them for a street party in Lyme Regis in 1990s, but also saw them in mainstream Babylon at Glasto.  I’m a fan of Cara’s vocals, so ‘We Shall Rise’ is a favourite, but ‘Unity’ with Prince David is very much emblematic of the Zion Train sound with its insistent bass line. Long may they live on…Universal Consciousness!

Lila Iké – This young lady is a phenomenal soulful, reggae talent. But none of her work seems to be available on CD/vinyl in the UK. More’s the pity! But, I’ve downloaded her ep, ‘The ExPerience’ and a couple of her singles. ‘Where I’m Coming From’, Habitat Studios, broadcast on BBC1Xtra from Jamaica 2020. 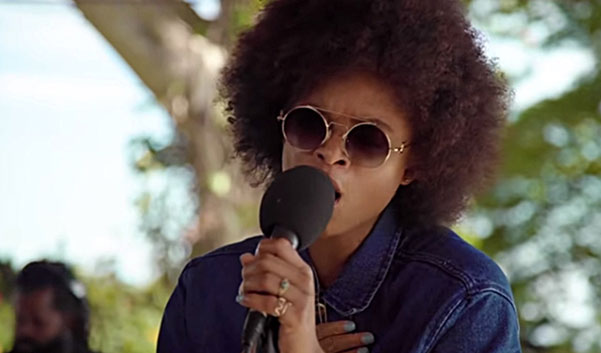 I’m a long-time fan of classic, piano-led modern jazz. Music that is far more than ‘wallpaper’ and ‘lounge’, but is melodic, brimming with textural complexity. ‘Cairn’ is a new and rather wonderful addition to this milieu. If you know and like the music of Keith Jarrett, Dollar Brand and EST, this is for you. If you don’t know those artists – but like beautifully produced sonic adventures – this is for you. Spacey, atmospheric, emotional, lovingly crafted and really, just jaw-droppingly beautiful. Often euphoric, with distinctive bass-lines and sympathetic percussion, twisting and twirling, blending perfectly with the up-front, dynamic keyboard.

Fergus is young and Scottish. This is the second album from him and his trio, the first from 2018, ‘Turas’ (Journey) is also rather wonderful. They are both haunting, highly musical and offer jazz inter-laced with elements of Scottish folk music. Ideal for folk who claim not to like jazz, as well as aficionados.

Here is a live video of title track, ‘Cairn’: https://www.youtube.com/watch?v=W5RcJQQ56iY

Tweet
more
This entry was posted on 6 March, 2021 in homepage and tagged Alan Dearling. Bookmark the permalink.