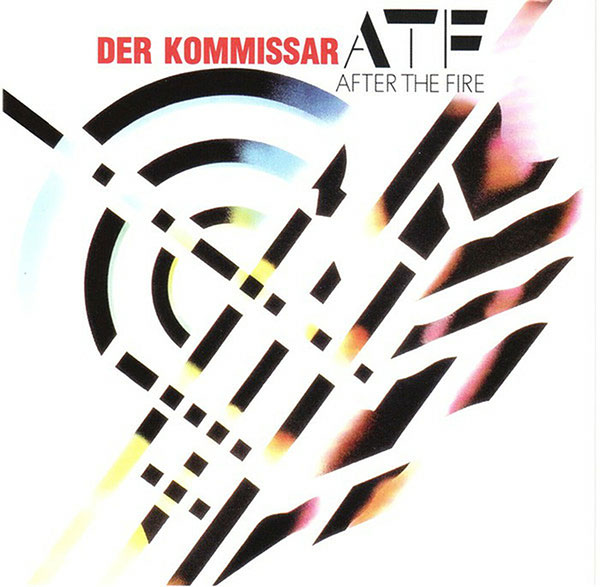 Wow, a 2022 gatefold sleeve, vinyl reissue of an After the Fire anthology from 1982! Somewhat confusingly the original UK CBS edition was simply called ATF and there was a different anthology called Der Kommissar released around the same time, although ATF appears to have also been released under the Der Kommissar title in Canada, Venezuala and the US. The same title was also used more recently in 2005 for a double CD release on Edsel, which gathered up ‘the complete CBS recordings’, including three studio albums, various singles and live tracks… And the cover then and now recycles the art work from the band’s third album, Batteries Not Included.

Anyway, enough geekery. (Yeah, just leave it alone and let it go… – Editor) After the Fire were originally a 1970s progrock band who, having released a fantastic and now highly collectable keyboard-laden indie album (1978’s Signs of Change on Rapid Records), responded to the challenges of punk by disappearing for a few months, getting haircuts, ditching the flared jeans, writing loads of new short songs, and returning as a new wave power trio with tempo and volume both turned up. They incessantly played the rock clubs of the day, quickly became a quartet, and got signed to CBS, before flirting with the singles chart with their singles ‘One Rule for You’ and ‘Laser Love’.

Although somewhere along the line there was a lost album that CBS rejected, the band’s three albums, Laser Love, 80-f and Batteries Not Included, stand up surprisingly well today. This is smart pop with intriguing keyboard and guitar interplay, memorable tunes, and bright production that mostly avoids 1980s studio overkill. CBS obviously believed in them, since they got them on BBC’s In Concert, national radio, and put them on stadium tours supporting Van Halen, Queen and ELO.*

In the end it didn’t work out though, and the band broke up just as their cover version of Falco’s ‘Der Kommissar’ hit the USA singles charts. Lead singer Andy Piercy gamely tried to keep the band’s name alive for a while, with a couple of re-recordings and new mixes of tracks, before going solo, and the record label quickly tried to cash in with the compilations mentioned above.

So what do you get on this pristine new vinyl edition? According to online reviews and discussions, various versions, re-recordings and edits of ten tracks from the three albums. But I’m not that obsessive (honest). ‘Laser Love’ and ‘One Rule For You’ are here, as is the Elvis Costello-haunted ‘Dancing In The Shadows’, both versions of which should have been hits. ‘Starflight’ and ‘1980-F’ echo the band’s progrock days, with a focus on keyboards and some space(d-out) imagery on the former, whilst ‘Sailing Ship’ and ‘Frozen Rivers’ are bigger, slightly bombastic songs, in contrast to the rough and tumble rock of ‘Sometimes’ and ‘Love Will Always Make You Cry’. For me, the title song is out of place, a cover version with a new romantic twist (think Visage or Ultravox with a strange vocal and a very embarrassing video), but it’s obvious why it’s included.

Although part of me would have liked a new album with a different selection of songs (and perhaps a new title), as well as complete track details (Ok, I am that obsessive), it would be rude to grumble. The gatefold gives us a spread of photos, the inner sleeve has the lyrics printed on it, and the record itself is wonderfully heavy vinyl. Renaissance Records have done a beautiful job remastering and reissuing this album, and it’s a delight to be transported back to a crackle-free 1970s/80s at full volume. 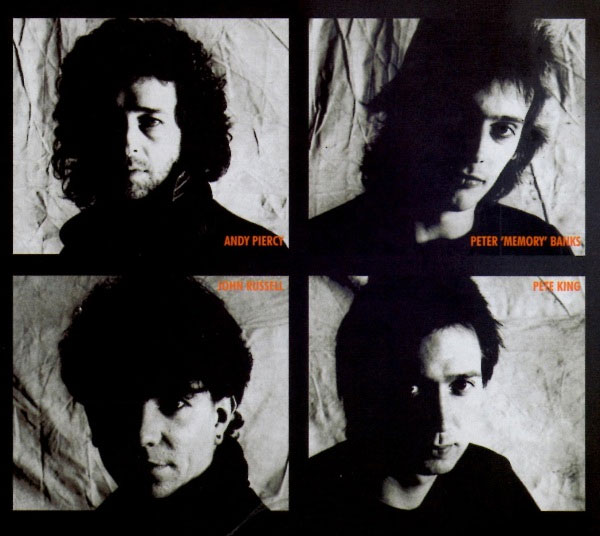 Details of this reissue can be found at https://renaissancerecordsus.com/after-the-fire-der-kommissar/


*You can listen to ATF’s keyboard player Pete ‘Memory’ Banks discussing ‘Touring with Queen, ELO, Van Halen, recording Der Kommissar. After The Fire and my CS80 busy in 1982’ at https://www.youtube.com/watch?v=Mc6PSdhUXPQ

And ‘Remembering Eddie – Talkin’ ‘Bout Love: After The Fire talk about their 51 concerts with Van Halen’ is at https://www.youtube.com/watch?v=EugIs1wjVHk

View all posts by Rupert →
This entry was posted on 30 April, 2022 in homepage and tagged After the Fire (LP, Der Kommissar, Renaissance Records), Rupert Loydell. Bookmark the permalink.