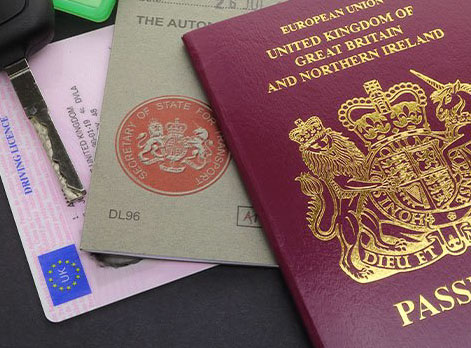 Why has there been no mention of the £37 billion, lost to the private sector, for the failed Track & Trace initiative in the context of a 10 week backlog at the UK Passport Office, (which, it has to be said, has been effectively delivering a very impressive tracking and tracing facility, on a relative shoestring, for well over a century)?

And, why has there been no mention of the years-long waiting lists for vital treatments and surgeries within the largely privatised NHS? Surely these potentially life-threatening failures in provision are a whole lot more pressing than the need to update the address on a driving license?

So, surely this new focus on the means of potentially delivering incredibly sensitive personal data into the private sector deserves our full attention, and perhaps scrutiny?

And, who’s to say that the nature of passports and driving licenses won’t change after the full potential of developing them as mechanisms of exercising control and influencing buying behaviours has been realised? Couldn’t they be used to coerce and control an already financially squashed society? Will the inevitable outcome of any kind of privatisation in this most personally important facet of our lives lead to outcomes that deliver more corporate profit at our expense?

Who appreciates the implications of the system already in place in China, where they have dispensed with cash and credit cards, leaving only personal tracking devices (mobile phones) as a means of payment…? And, where they are deploying a credit score system, based on total surveillance, and applicable to every man, woman and child in the Chinese 1 billion+ population…

Falls in credit scores are met with digital prohibitions. When your mobile phone is a payment device, and also the means through which your every movement is monitored and scored, any minor infraction and fall from grace can be translated into a considerable dent in your buying power and freedoms. The power to buy goods beyond a 2 mile radius of your home may be applied. The ability to buy bus, train and plane tickets could be denied due to a fall in personal credit score simply by triggering a preset threshold within the monitoring app.

Apps that monitor your heartbeat can just as easily be applied to monitoring your behaviour.

But, how could something as innocuous and helpful as a heart rate app ever conceivably be a potential issue?

Simple. What if the app decides your heart health is suspect, and you need to cut down on carbs? This could simply trigger a threshold that will place you within a tranche of people who can no longer buy carbs down at the local grocery shop.

Plus, these decisions are based on a fallible understanding of health. We don’t know it all! For example, cholesterol does not cause heart attacks… but try telling Statin manufacturers that!

However, just because they are doing these things in China does not mean they are going to do them here. And thank God for that!

Citizens of Shanghai have been effectively under house arrest since the 28 March. The 25 million population of the Chinese financial capital, Shaghai, have been left unable to access food, and in some cases water, for over a month. Deaths have inevitably been reported. Many of them are suicides.

There is even footage of several people flinging themselves from tower blocks, just as they did from the Trade Centre towers in New York, as they became engulfed in flames, before themselves crashing to the ground.

Aren’t we facing enough of a rise in suicide rates and increases in mental health problems, as a consequence of the imposed lockdowns in the UK?

And, don’t we owe it to ourselves to remain ever-vigilant, and willing to act, if the fabric of our democracy, and our autonomy, are perceivably under threat?

Well, my friends, take it from me, the privatisation of the Passport Office and DVLA are two such distinct threats.

Please join me in calling for the repayment of the £37 billion that disappeared into the private sector for the failed Track & Trace system. We taxpayers deserve to be refunded for a service that was ‘not fit for purpose’ in accordance with the Consumer Protection Act, 1987.

Wouldn’t you like to claw back these seemingly misappropriated funds, from the public purse, and redistribute some of the returns to the clearly beleaguered Passport Office and DVLA so that they are sufficiently resourced to catch up with themselves?

And, please join me in calling for those that are responsible to be held accountable for the needless suffering of so many due to the rampant failures of the NHS.

The all-cause mortality death rate has increased a whopping 40% since last year. This means that, these days, 40 more people are dying for every 100 deaths, than they were last year.

And finally, please join me in asking the government why they are not screaming about this instead of a 10 week delay at the Passport Office. Let’s show them the time has passed where they can treat us like idiots.

20% discount on all 200+ essential oils in the Wild As The Wind range. Ends 30 April 2022.
(Link to https://wildasthewind.com/)
Discount code: WITHLOVE22
Natural Skincare & Essential Oils
Wild As The Wind Shop

Wild As The Wind Information Website
Tweet
This entry was posted on 30 April, 2022 in homepage and tagged Rachel Wild. Bookmark the permalink.