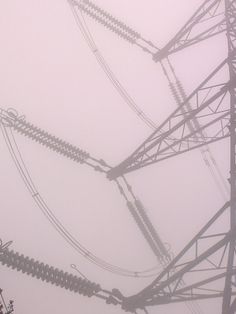 So long ago now, how are we to judge
collective madness; morons as poets
writing about conkers and old photos.
I turn on my screen, to bathe in the light
of righteousness, click-summoned armies
patrol headache zones of impure thought.

There’s nothing they won’t say, if
it centres on them. “But I knew her,
a wonder, no way she killed herself.
It was 32 years ago and feels so near;
there’s lots more I can comment on –
I’ll wait for ‘likes’, seems only fair.”

The sun burns away any chance of rest.
My dreams recur, a shock incontinence
picking feculent matter for jeering
uniformity – shaking men parade
secondary then tertiary symptoms.
‘Roll calls of the damned’.

Whatever they say about it now,
I don’t regret taking the turning.
I’d driven past, on the A34, any
number of times, but now had
blacksacks-a-bursting and the
tip at Salisbury was closed.

Dirt road on the Ridgeway;
clarity, a calm only found
near the febrile deadness of
a motorway without an ‘M’.
I loved dust in my rearview,
racing, chased by someone.

It wasn’t clear who followed me.
Then they came from all angles,
the happy cars overladen with
one life’s things, to be buried.
Even then it’s a pain, sorting,
so I dumped the stuff and ran.
A Brick Wall

A car waits on the other side;
a pistol can puncture its tyres.
If a suicide bomber appears?

Well, the culture has changed.
Still – our emotions are shared.
I don’t have a thought in my head.

Couldn’t give a toss about any of their stuff
so fuck him and fuck her and fuck all them
any other poet just a cunt is my one thought
their sprite lives crushing I hate the details
even insights like wetting of beds on tired
warm evenings and updates and pat irony
which is why violence can be so justified
such purity in that outcome oh sod me I
am not just espousing what once innocent
what’s not in the way with thoughts before
everyone felt the same and couldn’t leave
a room without being followed or assuming
how we all think like this is the endgame for
literature such happiness as a deadly butter.

Sometimes the city fills with poetry.
I don’t mean the drunks are singing
or the bin lids are bells, ringing in
an icy wind. But a sound, a song,
brings back the constant life of the
streets, and children growing into
whatever, seeing bliss from a bus,
an estate or new-builds that now
I’d shun but then were everything.
All passes, but still it is beauty
to think how safe we were then

My friend the corvid
is maybe a late owl,
sweeps darkness, wings

which own this running
landscape, its curve
of valley and canal –

Then the A34 is blocked,
which is forever and daily.
A torch-lit procession threads off,
to sunken lanes and happy ghosts.

They linger, unsatisfied with the
constant rush, trying to entertain –
it’s terrible from the bypass –
and would never hurt us.

What do they think it looks like,
hanging themselves from electricity pylons
or toilet doors, such common place things
we see, unseen – familiar as family faces.

One walking with his daughter,
enfolded, loving her, holding sweets –
everything and nothing. An adult can
fall into their own head and never return.

Another a sunburnt girl, an anything grin,
with all of a future to take her there then
a body almost sleeping. What can we read
from the angles and cocked head? Nothing.

It seems they try and tell us though, with
no phrase needed. Maybe the trace work,
shape on their face, no one looked –
how the air went as they passed.

Tweet
This entry was posted on 17 March, 2016 in homepage and tagged Paul Sutton. Bookmark the permalink.