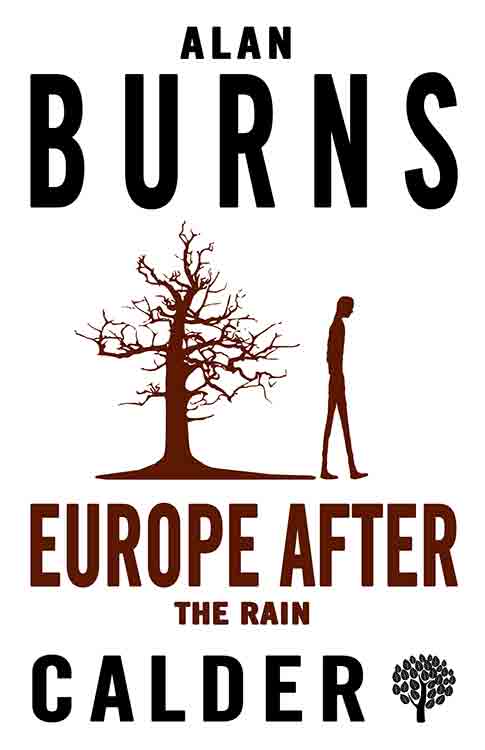 Alan Burns was one of a vague group of interesting writers in Britain post world war 2, a group that included the likes of B.S. Johnson, Eva Figes, Giles Gordon and Ann Quin. Each was quietly experimental, each intent on finding out how to play with and disrupt given forms and how to tell stories in different ways. In this digital age of links, remixes and reversions, their work is receiving more attention than ever, including the reissue of Burns’ work by John Calder, Calder books now being part of Bloomsbury.

Burns’ first novel, Buster, was pretty straightforward, and after a second focussed on industry and industrial relations, he was soon drawing on surrealism for inspiration. Europe After the Rain is populated by semi-anonymous characters who glitch from scene to scene, meeting nameless soldiers, refugees, lovers and strangers, all against a background of wartime or post-war ruins and desolation. The anonymity and fluidity of the story reinforces the despair and self-loathing of the society, or societies, the novel depicts. Everything is surface, however felt by those involved, each relationship and encounter tentative and emotional; every action and feeling is as important and unimportant, as effectual or futile as any other. 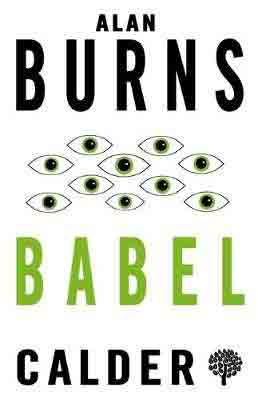 Burns fell under the influence of Burroughs and other purveyors of cut-ups and deconstruction, no doubt including Roland Barthes’ Death of the Author theory, and Babel is the result, a chaotic short novel of voices, asides and illogical interaction. It’s a bewildering and unfocussed yet exhilarating text, busy questioning violence and power, but Dreamerika! is even better because the collage, cut-up and juxtaposition is given a focus, namely the extensive Kennedy family. The book is a sprawling fictional group biography which interrogates the interrelationship of money, power and privilege. It varies the pace visually and typographically, with headlines (real or invented) alongside the relentless tragedy. 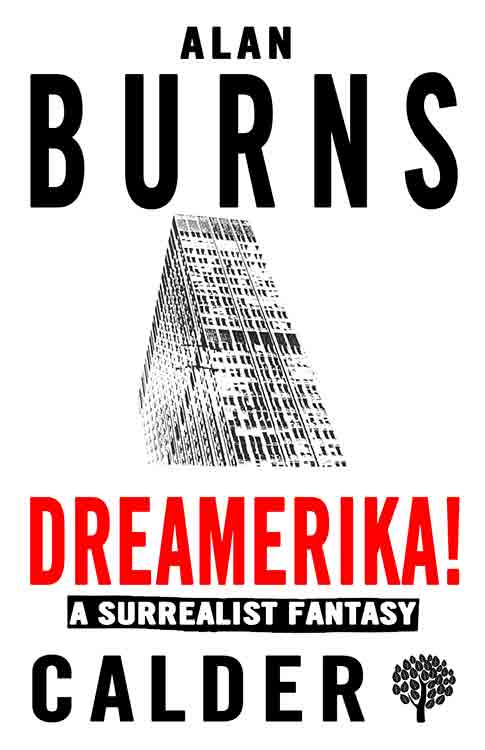 Burns felt he’d cornered himself and took on the trappings of non-fiction in his next book, The Angry Brigade (which I can only hope Calder will reissue; they haven’t yet). This appeared to be a documentary of the titular revolutionary group told through interviews and autobiography, but it was a clever sleight-of-hand, as it was all fiction. In fact, Burns used interviews of friends to catch the linguistic tropes and rhythms of speech, but changed them to suit his subject, again seeking to explore the relationship between power, violence and politics. There’s a sense of desperation and fatigue in the characters here, as they try to find out ways to change the state yet are inexorably driven to violence and media spectacle to do so, more reasonable means having been ineffectual.

In this age of political bluster and bullshit, Burns’ work seems more pertinent and essential than ever. Although he later wrote a couple of far more straightforward novels, he continued to question the status quo of society, politics and power. In 1982 he co-edited The Imagination on Trial: British and American writers discuss their working methods, an intriguing and useful book of interviews with writers such as Eva Figes, Michael Moorcock, J.G. Ballard, Grace Paley and many others, each – like Burns himself – redefining fiction whilst exploring the nature of language and its relationship to the reader. His work, now in this stylish reissue series, deserve your attention.

View all posts by Rupert →
This entry was posted on 14 September, 2019 in homepage and tagged Alan Burns (Calder), Babel, Dreamerika, Europe After the Rain, Rupert Loydell. Bookmark the permalink.