I don’t know if it’s the internet’s fault, or me getting old and
distracted, but it seems I read about composers and authors as much as
read their books or listen to their music. Interviews and reviews often
seem as fascinating as the work itself; despite declaring myself free
thinking and independent, it obviously has something to do with other
people’s opinions and judgements.

Sometimes, of course, it’s different; sometimes, the authors themselves
have gathered material about themselves, or allowed editors and
biographers to do so. 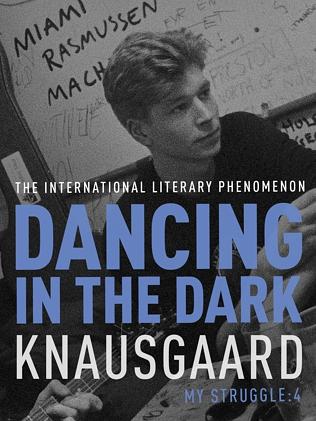 Take Karl Ove Knausgaard for instance. Dancing in the Dark (Harvill
Secker) is the fourth book in his My Struggle series of novels – or are
they autobiographies? Either way they are obsessive, self-documenting,
egotistical explorations of memory, fame, self and writing.
Knaussgaard, now declared an ‘international literary phenomenon’, seems
to have run out of ideas after a couple of stunning novels which were
critically well-received but not big sellers, and decided to write
about what he knew best: his life. They’ve been sold on the back of
ideas of an appalling honesty that isn’t afraid to name names or
embarrass his family, friends or himself. But of course, they raise
questions about how memory really works, and how much Knaussgard is
making up the details which fill each lengthy volume.

I didn’t expect to like his work, but found myself drawn in to
Knaussgaard’s childhood, his weird relationship with his alcoholic
father, the alien northern European landscape, the thoughts and dreams
of his character [his self?], as they unfolded in the first three
volumes. Volume 4 has me stumped though, and I’ve abandoned it halfway
through. Maybe teenage boys’ adolescent sexual desires and fantasies
simply aren’t interesting, maybe I’ve lived through that and moved on.
As it stands my bookmark is on page 227 out of 548 and is likely to
stay there. For me, Knaussgaard will forever remain a lusting virginal
trainee teacher in a small village. 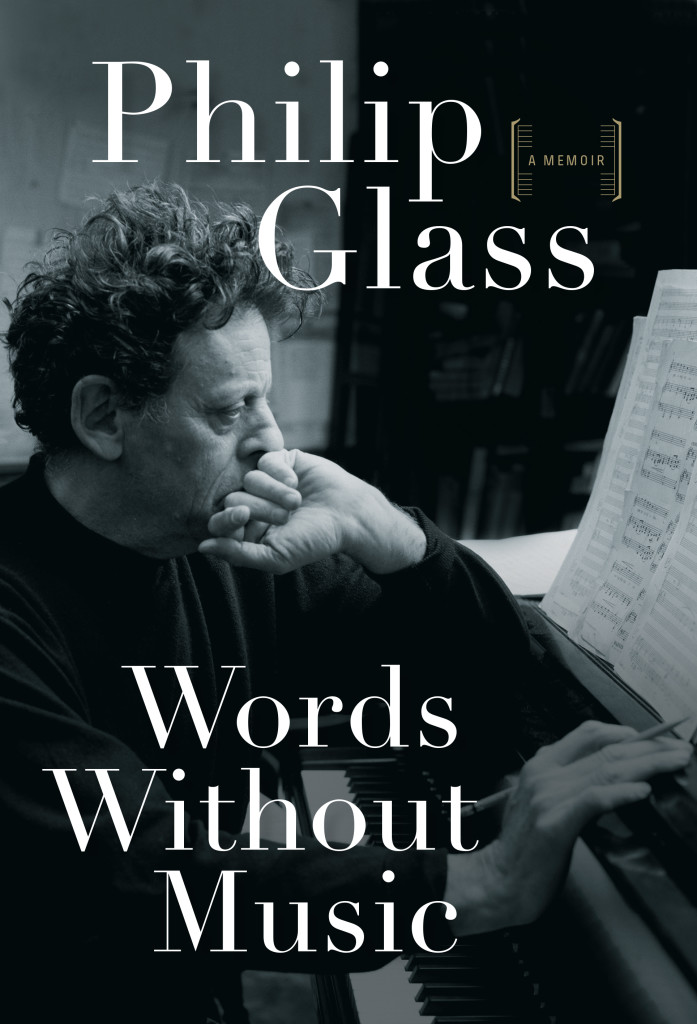 Philip Glass’s Words Without Music (Faber) is a much better read. I got
a copy of this on the back of hearing it on Radio 4, an exhilarating
episode when Glass makes it to Paris and gets adopted by the bohemians
he soon finds. Elsewhere this memoir is witty, engaging and
informative, explaining how Glass became the composer he is and how he
sustained himself en route to the fame and wealth he now has. His
writing tone is not what you expect from a minimalist, it’s warm and
involving, seemingly open without being obsessive. Paris, New York and
the composer’s mind and creative process all feature heavily: the title
is a bit of a lie, there’s plenty of music here and this is a great
read. 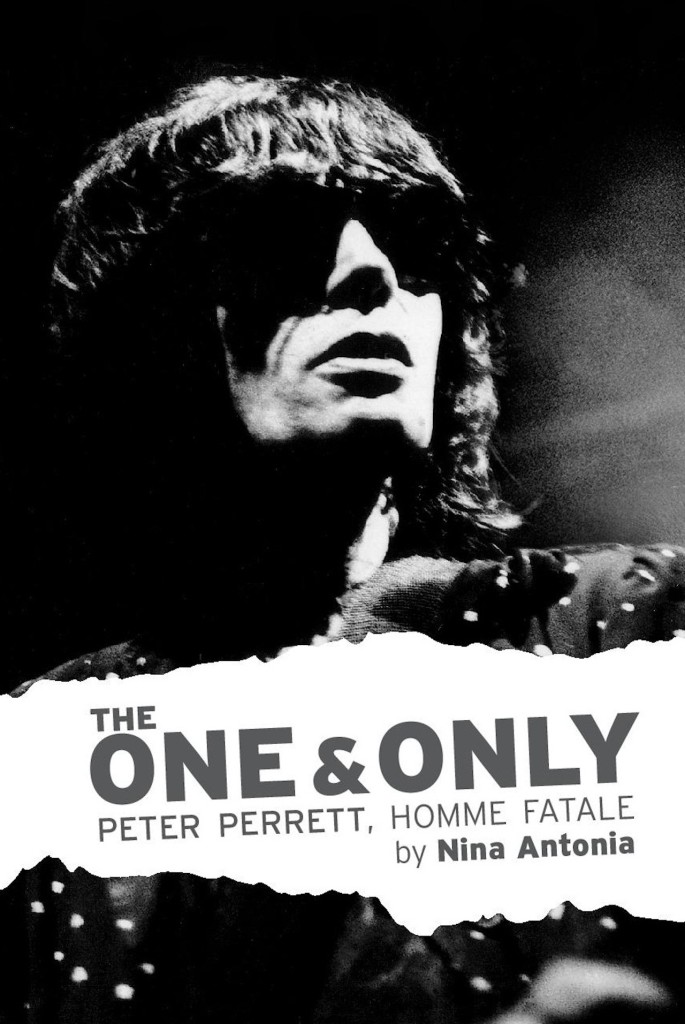 My CD shelves hold plenty of Philip Glass, but I have to go to my vinyl
to find The Only Ones, whose shadowy pop helped fill my late 70s world
in London. Too old to be punk, they sidestepped it completely, and
reinvented the Velvet Underground in a post-punk world, holding their
own at venues such as The Lyceum and Marquee, and on their vinyl
output. Nina Antonia’s biography of lead singer Peter Perrett, The One
& Only (Thin Man Press) has just been reissued, but sadly it’s a badly
written sycophantic volume about a spoilt, self-obsessed primadonna
junkie. Perrett can do no wrong here, but his ego and hard drug dealing
antics detailed here do the man no favours, though they can’t take
anything away from great songs such as ‘Another Girl Another Planet’.
But I really didn’t need this fawning portrait of vanity and addiction. 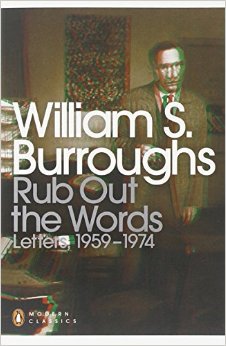 The second volume of William Burroughs’ letters, Rub Out The Words
(Penguin), which I picked up cheap recently in a bookshop sale, doesn’t
do Burroughs many favours either. I love Burroughs’ work, but this book
makes clear how little in control of his writing, or indeed his life,
Burroughs was. From the word go he was clearly dependent not only on
drugs but also his friends and editors to organize, submit and publish
his work. Many of these letters are whines about other people’s
mistakes, how hard life is, how he’s been done wrong, usually
accompanied by unsubtle requests for ‘tea’ to be sent or brought to
him. Again, it doesn’t take away from the texts Burroughs work, and I’m
all for a little bit of contextualisation and demystification, but I
wish there was either a closely edited collection of letters, focused
on the writing, available, or that I hadn’t bothered. 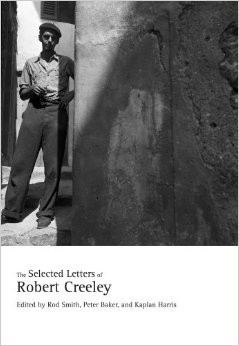 The poet Robert Creeley’s Selected Letters (University of California)
provides an example of a coherent, useful and exhilarating read. They
don’t edit out the human side of Creeley, but do focus on his thoughts
and ideas about writing (both his own and others’), rather than the
man’s marriages, friendships, fights and affairs. Yes, this is partly a
book about relationships, but in reference to what Robert Creeley is
known for: poetry. Creeley thought hard about what he was doing, and
was happy to discuss the ins and outs of composition, syntax, language
and process with any writers who shared his obsession. Always quick
thinking and willing to listen, argue, exchange and respond to ideas,
this is a fascinating read about and by a poet who remained convinced
that ‘no plan is always the right one’.

View all posts by Rupert →
This entry was posted on 18 June, 2015 in homepage and tagged Dancing in the Dark, Karl Ove Knausgaard, Nina Antonia, Peter Perrett, Philip Glass, Reviews, Robert Creeley’s Selected Letters, Rub Out The Words, Rupert Loydell, The One & Only, William Burroughs’ letters, Words Without Music. Bookmark the permalink.