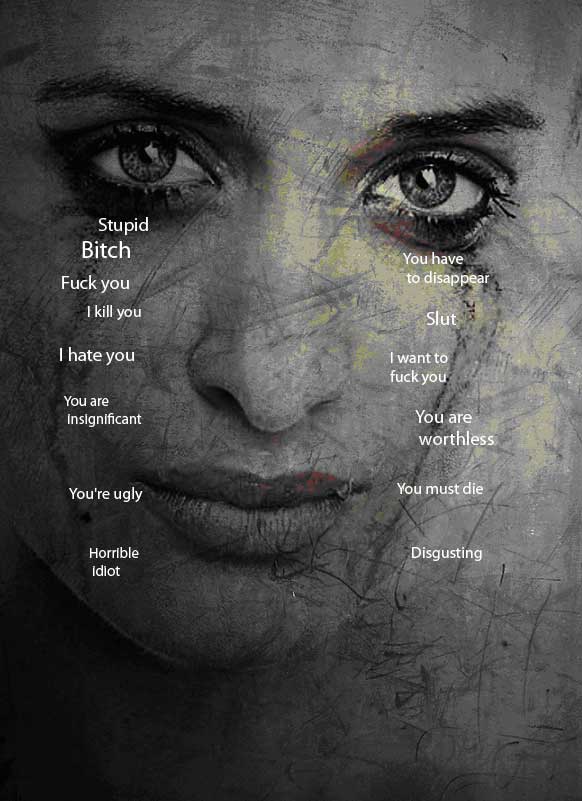 At night, sheltering, the lonely

Are screamed at by the screen:

“You will not talk, stay silent.

What you have to say is not allowed;

The Expressions of the stupid will only be when asked! You will not speak

Or think. Your voice is owned

By silence!” And so,

Through the evil of machines.

From a cyber shaped assassin

The avatar of bullies who’d break the heart

Through a crystal crown they stare

Piercing you with pixels, while forcing you to shoulder the deathly blandness of the world.

“What the majority wants, you will!

Your thoughts are our opinions!”

The victims become the eggs they shatter

In the internet’s spiked nest.

Ruthless to a fault the cyber shadows

You personality is theirs

As you become a 3D photocopy

But never in the flesh.

Your ideas are second hand.

You must not proclaim your freedom.

Annihilation’s waiting with the cybernetic

The web glistens in the dark

While a spider in the corner

Prowls his own creation to destroy

Another fly. By reducing you this way,

Your integrity is failing.

The keyboard taps and thunders

As you slip between the corrosion spreading Keys. The memes and messages

Are more lethal than a poison.

Across the remorseless plasma screen.

The bullies words are slime and slander,

Or perhaps the  rancid bark that chills you

As a rabid dog appears.

You are stranded in the street where hate’s Energy can virus.

The Darkened territory will threaten

As nightmare’s selective ghetto closes in.

But you will be just another sheep

That they are  herding.

Bite or sting, but only if you wear a pythons skin. Your time is torn. You’re done.

You will never be a hero.  Sincerity is butter As the fiery knives spread sin.

The victims turn devices on

And trespass in the land of bullies.

They cross the fields of ordure

To suffocate in their own shit.

Aggression in the mud that swamps and

Soils about them; a cascade of oppression

That drowns respect and dignity.

To survive then, you must suck; a slut

Snared by the cyber. It’s dictatorship demanding that slaves and whores will honour it. That screen is their abyss

Where falsehoods cloak our breathing

And where hypocrisy and malice are slime

The real that once protected

As all we were is wasted by the fear

Of what it is that’s coming next.

View all posts by Elena →
This entry was posted on 6 June, 2018 in homepage and tagged cyberbullying, David Erdos, Elena Caldera. Bookmark the permalink.