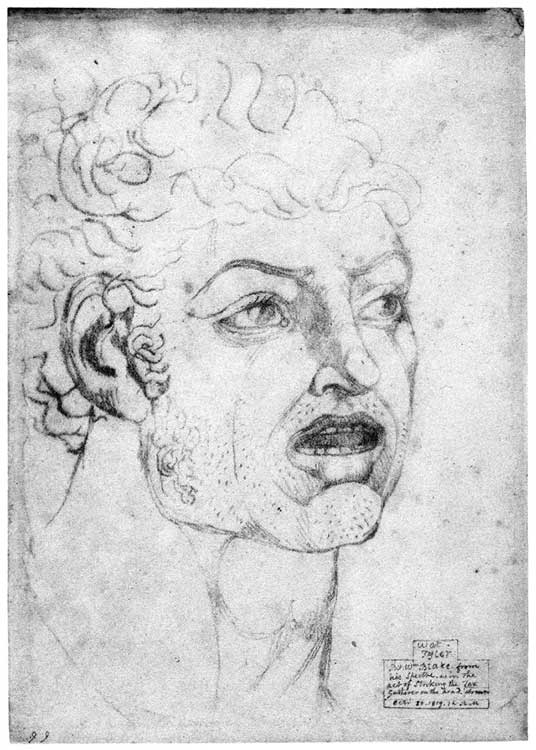 A WILLIAM BLAKE/WAT TYLER WALK is a June celebration of London radicalism and the insurgent spirit. Niall McDevitt tells the story of the Peasants’ Revolt – now rebranded as the Great Rising – connecting it with the life and death of England’s most beloved radical poet and artist, William Blake.

The Savoy Hotel meeting point is not only the site of John of Gaunt’s palace but also close to the final Fountain Court address of William Blake, where he famously died singing. Blake was fascinated by Wat Tyler and drew a portrait of Tyler as one of his Visionary Heads series. produced in 1818.

The closest Blake came to seeing an equivalent of the Great Uprising was the Gordon Riots of 1780. McDevitt shall explain how Blake’s comically accidental involvement in the Riots influenced his work and politics. A decade later, he was a vocal supporter of the French Revolution, but one of many radicals who waited in vain for it to cross the channel.

The walk will pass through the Smithfields site of Tyler’s assassination and finish at the burial place of Blake. There will also be fascinating vistas of the lives and deaths of such fellow radicals as John Milton and William Wallace.

Sun 10 Jun meeting at the front entrance to the Savoy Hotel, on Strand, ar 2pm. (We shall finish with drinks at the Blake table in the Masque Haunt pub on Old Street.) £10

View all posts by Niall →
This entry was posted on 6 June, 2018 in homepage and tagged A BLAKE/WAT TYLER WALK, Niall McDevitt. Bookmark the permalink.