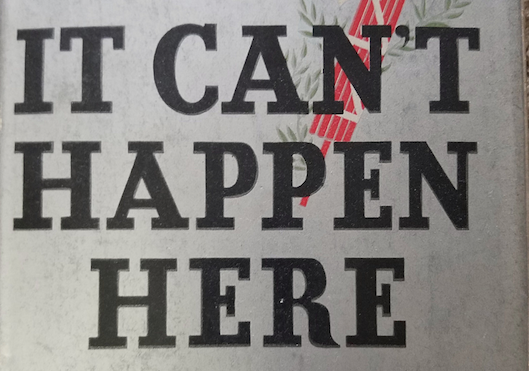 Timothy Snyder, Housum Professor of History at Yale University, is one of the foremost scholars in the U.S. and Europe on the rise and fall of totalitarianism during the 1930s and 40s. Among his long list of appointments and publications, he has won multiple awards for his recent international bestsellers Bloodlands: Europe between Hitler and Stalin and last year’s Black Earth: The Holocaust as History and Warning. That book in part makes the argument that Nazism wasn’t only a German nationalist movement but had global colonialist origins—in Russia, Africa, and in the U.S., the nation that pioneered so many methods of human extermination, racist dehumanization, and ideologically-justified land grabs.

The hyper-capitalism portrayed in the U.S.—even during the Depression—Snyder writes, fueled Hitler’s imagination, such that he promised Germans “a life comparable to that of the American people,” whose “racially pure and uncorrupted” German population he described as “world class.” Snyder describes Hitler’s ideology as a myth of racialist struggle in which “there are really no values in the world except for the stark reality that we are born in order to take things from other people.” Or as we often hear these days, that acting in accordance with this principle is the “smart” thing to do. Like many far right figures before and after, Hitler aimed to restore a state of nature that for him was a perpetual state of race war for imperial dominance.

After the November election, Snyder wrote a profile of Hitler, a short piece that made no direct comparisons to any contemporary figure. But reading the facts of the historical case alarmed most readers. A few days later, the historian appeared on a Slate podcast to discuss the article, saying that after he submitted it, “I realized there was more…. there are an awful lot of echoes.” Snyder admits that history doesn’t actually repeat itself. But we’re far too quick, he says, to dismiss that idea as a cliché “and not think about history at all. History shows a range of possibilities.” Similar events occur across time under similar kinds of conditions. And it is, of course, possible to learn from the past.

If you’ve heard other informed analysis but haven’t read Snyder’s New York Review of Books columns on fascism in Putin’s Russia or the former Yanukovich’s Ukraine, or his long article “Hitler’s World May Not Be So Far Away,” you may have seen his widely-shared Facebook post making the rounds. As he argued in The Guardian last September, today we may be “too certain we are ethically superior to the Europeans of the 1940s.” On November, 15, Snyder wrote on Facebook that “Americans are no wiser than the Europeans who saw democracy yield to fascism, Nazism, or communism.” Snyder has been criticized for conflating these regimes, and rising “into the top rungs of punditdom,” but when it comes to body counts and levels of suppressive malignancy, it’s hard to argue that Stalinist Russia, any more than Tsarist Russia, was anyone’s idea of a democracy.

Rather than making a historical case for viewing the U.S. as exactly like one of the totalitarian regimes of WWII Europe, Snyder presents 20 lessons we might learn from those times and use creatively in our own where they apply. In my view, following his suggestions would make us wiser, more self-aware, proactive, responsible citizens, whatever lies ahead. Read Snyder’s lessons from his Facebook post below and consider pre-ordering his latest book On Tyranny: Twenty Lessons from the Twentieth Century:

1. Do not obey in advance. Much of the power of authoritarianism is freely given. In times like these, individuals think ahead about what a more repressive government will want, and then start to do it without being asked. You’ve already done this, haven’t you? Stop. Anticipatory obedience teaches authorities what is possible and accelerates unfreedom.

2. Defend an institution. Follow the courts or the media, or a court or a newspaper. Do not speak of “our institutions” unless you are making them yours by acting on their behalf. Institutions don’t protect themselves. They go down like dominoes unless each is defended from the beginning.

3. Recall professional ethics. When the leaders of state set a negative example, professional commitments to just practice become much more important. It is hard to break a rule-of-law state without lawyers, and it is hard to have show trials without judges.

4. When listening to politicians, distinguish certain words. Look out for the expansive use of “terrorism” and “extremism.” Be alive to the fatal notions of “exception” and “emergency.” Be angry about the treacherous use of patriotic vocabulary.

5. Be calm when the unthinkable arrives. When the terrorist attack comes, remember that all authoritarians at all times either await or plan such events in order to consolidate power. Think of the Reichstag fire. The sudden disaster that requires the end of the balance of power, the end of opposition parties, and so on, is the oldest trick in the Hitlerian book. Don’t fall for it.

6. Be kind to our language. Avoid pronouncing the phrases everyone else does. Think up your own way of speaking, even if only to convey that thing you think everyone is saying. (Don’t use the internet before bed. Charge your gadgets away from your bedroom, and read.) What to read? Perhaps “The Power of the Powerless” by Václav Havel, 1984 by George Orwell, The Captive Mind by Czesław Milosz, The Rebel by Albert Camus, The Origins of Totalitarianism by Hannah Arendt, or Nothing is True and Everything is Possible by Peter Pomerantsev.

7. Stand out. Someone has to. It is easy, in words and deeds, to follow along. It can feel strange to do or say something different. But without that unease, there is no freedom. And the moment you set an example, the spell of the status quo is broken, and others will follow.

9. Investigate. Figure things out for yourself. Spend more time with long articles. Subsidize investigative journalism by subscribing to print media. Realize that some of what is on your screen is there to harm you. Learn about sites that investigate foreign propaganda pushes.

10. Practice corporeal politics. Power wants your body softening in your chair and your emotions dissipating on the screen. Get outside. Put your body in unfamiliar places with unfamiliar people. Make new friends and march with them.

11. Make eye contact and small talk. This is not just polite. It is a way to stay in touch with your surroundings, break down unnecessary social barriers, and come to understand whom you should and should not trust. If we enter a culture of denunciation, you will want to know the psychological landscape of your daily life.

12. Take responsibility for the face of the world. Notice the swastikas and the other signs of hate. Do not look away and do not get used to them. Remove them yourself and set an example for others to do so.

13. Hinder the one-party state. The parties that took over states were once something else. They exploited a historical moment to make political life impossible for their rivals. Vote in local and state elections while you can.

14. Give regularly to good causes, if you can. Pick a charity and set up autopay. Then you will know that you have made a free choice that is supporting civil society helping others doing something good.

15. Establish a private life. Nastier rulers will use what they know about you to push you around. Scrub your computer of malware. Remember that email is skywriting. Consider using alternative forms of the internet, or simply using it less. Have personal exchanges in person. For the same reason, resolve any legal trouble. Authoritarianism works as a blackmail state, looking for the hook on which to hang you. Try not to have too many hooks.

16. Learn from others in other countries. Keep up your friendships abroad, or make new friends abroad. The present difficulties here are an element of a general trend. And no country is going to find a solution by itself. Make sure you and your family have passports.

17. Watch out for the paramilitaries. When the men with guns who have always claimed to be against the system start wearing uniforms and marching around with torches and pictures of a Leader, the end is nigh. When the pro-Leader paramilitary and the official police and military intermingle, the game is over.

18. Be reflective if you must be armed. If you carry a weapon in public service, God bless you and keep you. But know that evils of the past involved policemen and soldiers finding themselves, one day, doing irregular things. Be ready to say no. (If you do not know what this means, contact the United States Holocaust Memorial Museum and ask about training in professional ethics.)

19. Be as courageous as you can. If none of us is prepared to die for freedom, then all of us will die in unfreedom.

20. Be a patriot. The incoming president is not. Set a good example of what America means for the generations to come. They will need it. 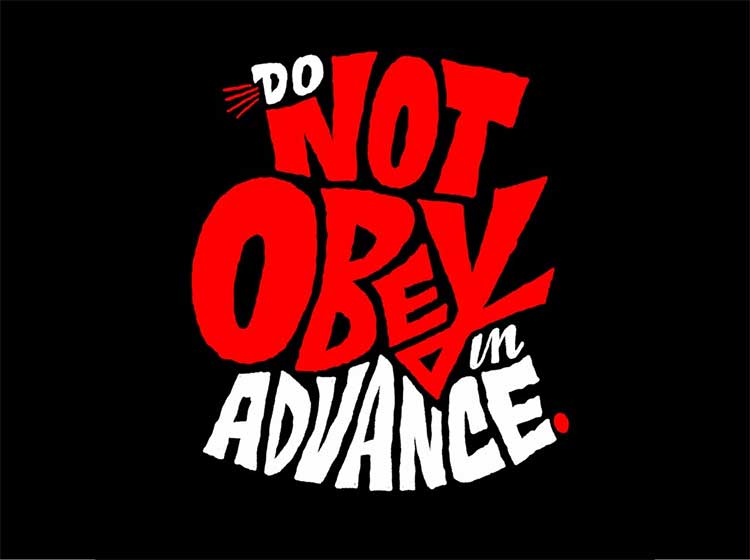 Tweet
This entry was posted on 27 June, 2018 in homepage and tagged Timothy Snyder. Bookmark the permalink.

2 Responses to Defend Democracy from Authoritarianism,