I’m pretty sure I washed my hands at least 20 times today, and any OCD-type compulsions that I might have do not lend themselves to handwashing. So why did I do that? Why so many times? And why did I do it so many times in such a short span of time (I believe it was within 1-2 hours)? Because I’m an archivist. And today was FILLED with items that were in desperate need of rehousing lest they suffer the slings and arrows of decay. Which would be terrible.

My primary purpose in life is archiving and preservation. I received a degree in Moving Image Archive Studies from UCLA, so the focus of my training is film/TV related objects. This helps explain the film bench sitting in my home and accompanying variety of educational films, TV commercials and other 16mm materials littered around my apartment.

While that is my main focus and knowledge base, I’ve been lucky enough to have the opportunity to work with paper documents, slides, photographs, and other ephemera. In fact that is what I do now and I’ve never been happier. But the things that I have run into can be scary—like the days I have to wear a mask due to black mold on papers, the times where I’m super cautious about elements making it out of deteriorating housing alive… I know it may not seem that crazy to you, but some days I feel like I live in an action movie! Goal: save the element being worked on, get out of that battle in best possible condition, rehouse it in a better archival casing, rejoice!

Something that I have said the most over the years: I should’ve paid more attention during high school chemistry class. I got good grades in that class but it was over 20 years ago. No one ever told me how much chemistry I would need for what I do. The amount of stickiness, smelliness and OMGWTFBBQ I have dealt with over the years is phenomenal and it’s ALL BECAUSE OF CHEMICAL REACTIONS.

I love sitting with my colleagues and playing the archivist’s version of “what’s grosser than gross?” While we would never break an NDA or confidentiality agreement, most of us have some winning stories. It is not uncommon to hear about being called in to assess a collection that has been living in someone’s garage for 50 years. Said collection of whatever (documents, film, heirlooms, you name it!) has been partying with families of raccoons and who knows what else for that whole time! OMGZ THE SMELLS. OMGZ THE CRACKLING OF THE PAPER AS IT STICKS TOGETHER. 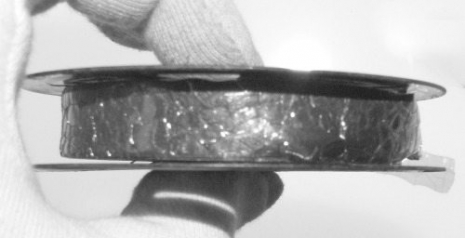 For film folks, many people have heard of the dreaded Vinegar Syndrome (VS), which is kinda like the HIV/AIDS of film. If you open a can of film and it smells like a salad? It’s infected. And I have gotten many a headache from films with really bad VS. Films with light VS can still have some life to them but ones that make your nostrils burn and eyes water… that’s some heavy shit. I’ve been there, man, and I took one for the team. You don’t wanna experience it. It literally feels like it’s going straight up into your brain. Then there’s the sadness of Sticky Shed for magnetic tapes. That one is a killer as well.

The terrible thing about all of this (of course) is that it means that the elements that are smelly and crackly and moldy and sticky are dying. If they are the last (or only one) of their kind, that is even more depressing. I think one of the saddest things I ever saw was an entire rack of films where every can was coated with rust, to the degree that we couldn’t even open the cans. When we finally got one open, the reel of film itself was covered in rust and curled up on itself, shrunken and shriveled. I looked at my hands right after that and they were a bright orange color, this vivid ochre that I haven’t seen since. Again, chemicals were involved. Had the film been made of dust, I’d have known it was nitrate. But since it was just a sad little shadow of its former self, its once-proud emulsion (the layer of the film that contains all the visual information) almost entirely separated from its base, I knew it was just another horrible case of VS decay.

Later that day I held a reel that was rock solid. It had hardened completely. It broke my heart but fascinated me because it looked like art, not film. This small reel of 35mm safety film had been wound in a normal fashion (assumedly) at some point far previous to when I came upon it. Somewhere in between those two points, the emulsion began to lift from the base on each successive wind and stick to the layer above it. The outside of the reel developed this strange and beautiful pattern. I was in awe and yet I wondered: what was this film that was now completely useless and just dead? We would never know.

With today’s modern technologies, there are ways to salvage some of these items that deteriorate and rot before our very eyes. I have many wonderful friends who are (in my mind) superheroes when it comes to this shit. But the pure and simple fact is that not everything can be saved. It’s one of the first rules you learn in archiving school. The second? Perhaps not everything should be saved. 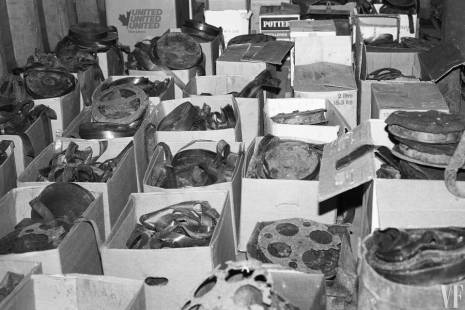 On the other hand, you have amazing filmmakers like Bill Morrison whose primary focus in his cinematic work is bringing the beauty out of deteriorating films. His Dawson City: Frozen Time utilized one of the greatest catches in all of film preservation: The 1500 reels of decaying nitrate film dating from the 1910s through the 1920s recovered in 1978 from a sealed-up swimming pool in the Yukon. The ephemeral history of a Canadian gold rush town about 350 miles south of the Arctic Circle is told via the film collection, and through that archive, how a Native American hunting camp was displaced. The decay and decomposition of the films provide a narrative of a lost past trying valiantly to survive.

Every time I watch one of his films, I’m blown away. Bill is not only one of the greatest living artists today in my mind, he’s also a goddamn magician. It is a lot of work and pure passion for the preservation field to get those kinds of images from film that is so very damaged. His films, Decasia (the title a play on on Walt Disney’s Fantasia) and ESPECIALLY Dawson City: Frozen Time are must-see works. They show how film can still have a life even after beginning to “die” and construct a narrative on how the story that is written within its frames can take on a whole new meaning in the hands of a man who understands the way that the decomposition of film actually works.

I went to see Dawson City: Frozen Time five times in the theater and it never got old. I experienced something new every time. I highly recommend it. The music Morrison uses accompanies these worried, terrifying images is also just perfection. I could’ve closed my eyes and just hung out and listened to the soundtrack of Dawson City and been happy too! These beautiful images that used to be silent are now accompanied by the sounds of Sigur Ros collaborator, Alex Somers. Y’all, IT ROCKS.

Bill Morrison is one of the figures of hope that I look to in my landscape because he restores life into death. The Library of Congress named Decasia to the National Film Registry of historic and culturally important works. It was the first film of the 21st century to earn that recognition.

I hope you enjoy the stills from his work I have included below. The first few pictures are from my personal collection, showing you my hands after touching that rust-covered can and the hockey-puck film reel. Enjoy! 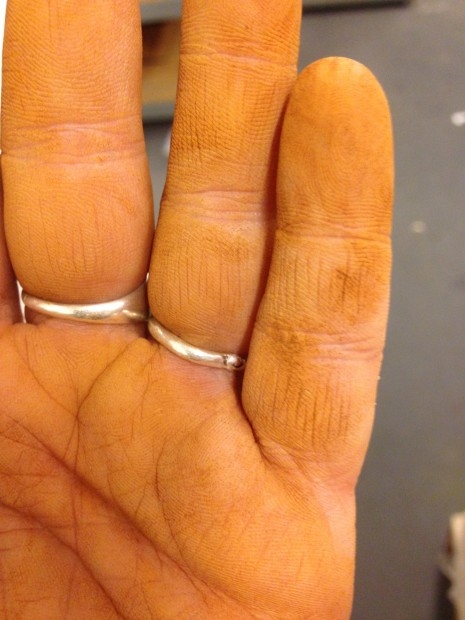 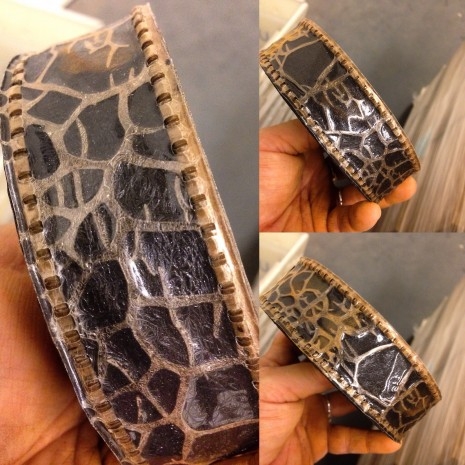 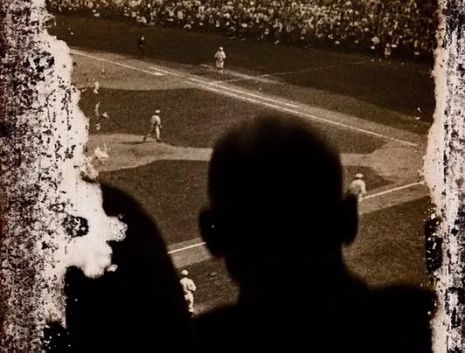 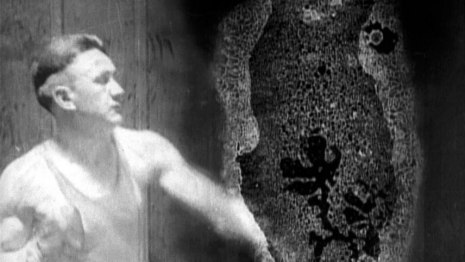 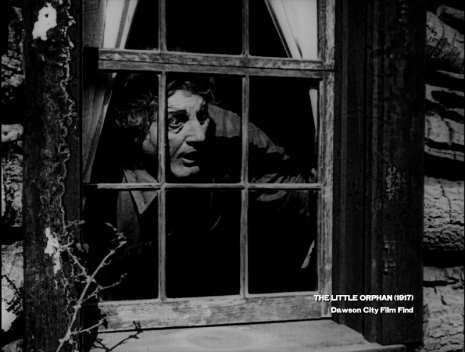 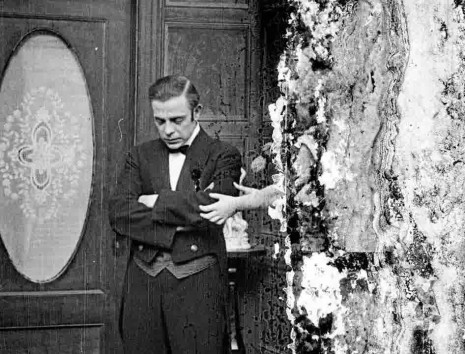 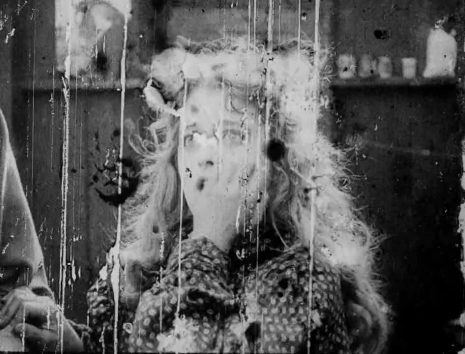 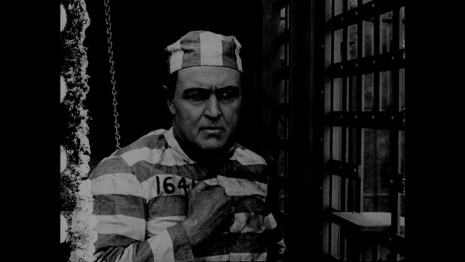 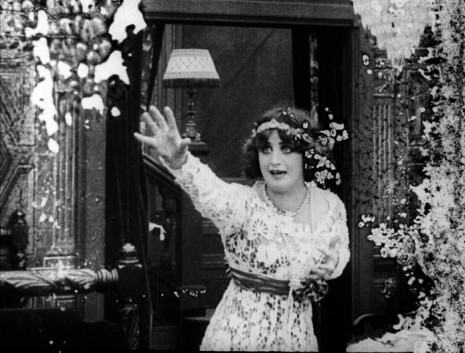 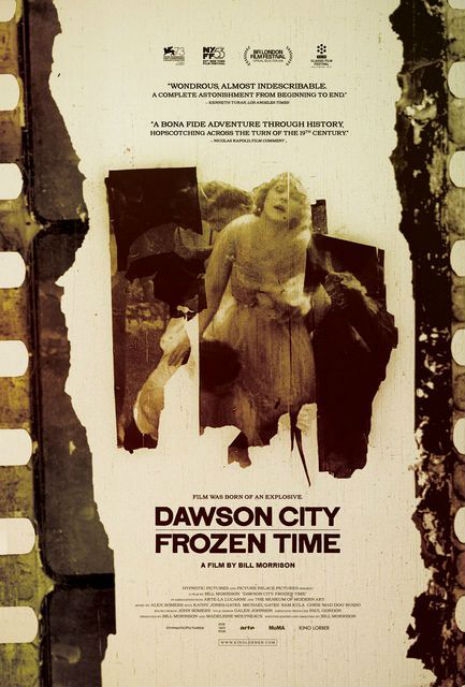 Here are some magnificent shots from Dawson City: Frozen Time! Let’s start with what is probably the most famous lost footage found in Dawson City: The 1919 World Series which pitted the Chicago White Sox (or the “Black Sox” as they were known for losing the game on purpose) against the Cincinnati Reds including shots of pitcher Eddie Cicotte (who admitted taking money from gamblers to throw the series) and outfielder “Shoeless” Joe Jackson.

Tweet
This entry was posted on 2 May, 2018 in homepage. Bookmark the permalink.

One Response to Dirty work: Film preservation, archiving and the magical movies of Bill Morrison