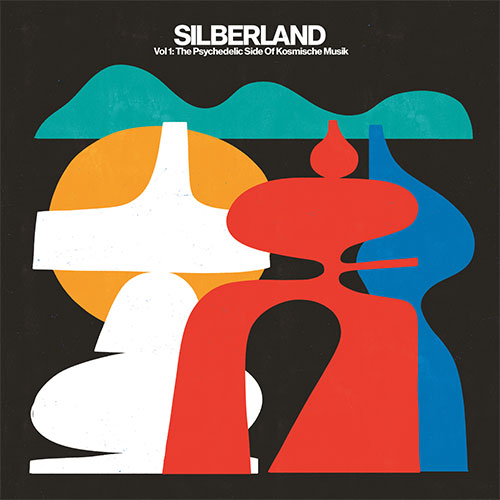 Silberland is an imaginary place created to house the wonderful experiments of Germany’s sonic pioneers who, back in the day, took the early electronic music of the 1960s and turned it into rock and proto-ambient music, riding the waves of synthesized and sequenced sound whilst engaged with strands of cosmic consciousness to produce hypnotic and engrossing tracks which swirl and dance around the stereo field.

Much is abstract and strange here, even many decades later. Rhythms appear and disappear, skip sideways or mutate, whilst textures and echoes float in the mix. Many of the sounds here are still surprising, even in a world of samplers, computers and mutant listening habits. Some tracks have been edited for this CD, and the carefully ordered anthology ebbs and flows in volume, energy and tempo to produce an intriguing compilation. 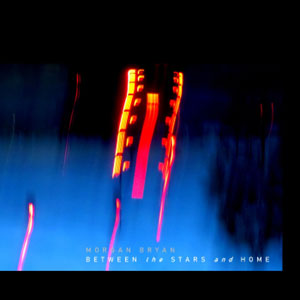 On Between the Stars and Home Morgan Bryan makes what he calls ‘ambient filmscape’ music that would sometimes fit right in on Silberland, though it definitely sounds like 21st Century music and not that of the 70s or 80s. Crisply recorded and mixed, it’s clearly a product of digital tools and a contemporary imagination.

Kosmische music of course influenced a huge range of music, from post-punk to industrial, hiphop and dance. Bryan was part of V-Sor, X, a cult synthesizer and guitar rock band he led through many line-ups (including one with a trumpet) and resurrected as a solo artist a few years back, but he has also written soundtrack and ambient music, as well as more traditional songs.

This new album is however not linked to specific films, but rather allows the listener to create their own visuals on the back of brief imagistic liner notes. ‘Barley Cove’, an elegiac track that sets harpsichord-sounding motifs against a drone of semi-choral sounds, is about time spent on a specific beach with someone no longer present; ‘Ticking’ is about the difference between experiential and measured time; whilst the title track is set on a plane, with the narrator one of the few passengers awake as he contemplates the job he has left and what now awaits.

It’s not all melancholic though. ‘Electro Dude’ is particularly upbeat, even danceable if you’re that way inclined: ‘They call him Spark because he is always connected to something electronic. It was almost as though he wasn’t alive unless he was creating landscapes of synthetic sounds and beats.’ And the closing track, ‘Stone Angels’, is downright weird, a kind of exercise in noir jazz, with an electric piano featured. It’s a groovy, mysteriously dark way to end the album and left me wanting more. 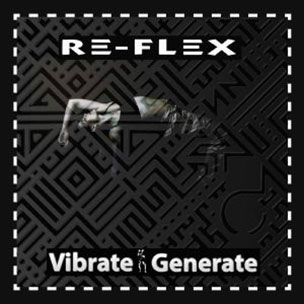 Re-flex’s Vibrate Generate had the opposite effect however. I seem to have overlooked a previous reissue of their The Politics of Dancing album, whose title track was a single that will for ever be ingrained in my memory as part of the music I played at ‘alternative discos’ when I was Social Secretary at college in the 80s. The song’s sub-Japan/Duran Duran groove was suitably throwaway and addictive with it’s nonsensical hooks and relentless beat, and a great crowd-pleaser and floor-filler.

Vibrate Generate gathers up ‘rare and unreleased tracks from across their career’. Rare, of course, includes ‘remixes’ and ‘alternative versions’, including two versions of their big hit single, one of which is pretty much reduced to a backbeat loop with the title chanted over and over again, although the chorus does finally appear in time to start fading out. Other songs sound like pub rock with synthesizers added as an afterthought, or Gary Numan on a really, really bad day.

The songs have titles like ‘Jamming the Broadcast’ and ‘Revolution Now’, to hint at media subversion, or ‘Praying to the Beat’ (which sounds exactly as you’d expect it to). It’s grim stuff in the main, although occasionally a synthesizer solo or guitar interlude breaks up the monotony. One overproduced big-sounding track, asks ‘When Did You Stop Loving Me?’ and sounds like a copycat Fashiön track; it’s way too serious as the singer bleats about a failed romance. Me? I don’t think I ever stopped because I never started.

View all posts by Rupert →
This entry was posted on 28 May, 2022 in homepage and tagged Between the Stars and Home, Morgan Bryan, Re-Flex, Rupert Loydell, Silberland – Kosmische Musik Vol 1, Vibrate Generate. Bookmark the permalink.