End of the line 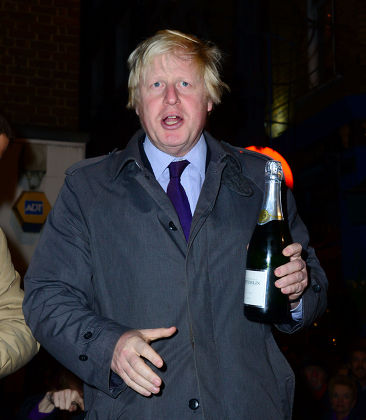 The scum rises once more.
Some may praise the fortitude in him.
But he’s just the cockroach surviving
The nuclear blush of the news.
The Elastoplast placed across amputation.
In which the bleeding of morals
Suppurates the wrecked muse

If rage can weary mine lags
At yet more acceptance of the worst
Guest at the party who no one of course
Should let in. The one who eats all the food
And tries to fuck your fat daughter.
Or convince your blonde bridesmaid
Through  either mire or Marriage

That unerected election will always ensure
His prick wins. But What bridles more
Is the lack of alternative to him.
The besting beast of burnt options,
His is the ash in our grate that no flicked fire
Can clear or no new air remove for us.
Instead the Greek chorus in foretelling

Our end darkens fate. I could write a line now
Which would see me arrested.
Perhaps there will be a file fashioned for me
As I complete sour thought. But JFK, MLK,
And for that matter John Lennon; each fell
As heroes, so where for this villain can
The tourist location of the fall from humpty’s wall,

Now be bought? You should be able to see
His from space as you can the great one
In China, with the stars the diviners to trace
This chicken shit to the source. And yet
He clucks on despite the heads of truths
He is chopping as if he were shopping
For some way even darker than that already

Themed through deaths course
We stay the plucked while this rotten egg
Soils each surface, sliding through his
Deceptions, as a surfer does with sea spray.
The eleventh hour passed fast and now
They once again praise the pumpkin
Whose bland face fields fire

As an unconvincing  smile lights dooms way.
It is the end of the line when we allow
Men like him the full sentence. So keep
Turning the pages as you seek an end
Scribed by sages. Instead each sheet cages.
There is nothing written there.
White holds sway.

Meantime, my uncle dies making me
– in my line at least – the last ERDOS.
Peter my fathers brother dead nearly thirty
Years on from my Dad. His last words to me
After nine decades saw him weaken
Was how he had lost interest in seemingly
Everything his life had. But he passed prized

With the love of his partner Graham,
Who carries on now without him
In their bungalow on the hill. The spirit strives
High, just as the body lowers and the lease
Life allowed him becomes eternity’s codicil.
Perhaps there is a form of freedom in that
Even as my direct family loses future

And I in my present seek to connect to a life
Alone or at peace with whatever fate now
Presents me; unaccompanied I look for it:
And yet isn’t destiny itself our true wife?
This is the notion which builds;
Different for all. Shared but separate.
In our control at first then or beyond it,

But never truly ours to resolve.
We seek those we need in order to move
Together, despite being tethered
As we become puppets who prance
At the end of strings sent to strangle.
Peter’s were not pulled by Boris.
But mine will be now as hopes sold.

And so I live on But not in the world
That I wanted. Not even on days singed
By summer or by the freedom to write
What I like. Unlike others of course
In fascistic cities. Which Peter and my Dad
Knew in childhood where the jackboot
Twinned with armed strike.

What kind of life will be ours if I live to the age
Of my uncle? Are the dead now the lucky as
Waves of heat smother us? Or is there uplift
In the breeze and the care of clouds coming
or us? I look up at light for an answer.
But The end of the line stretches further.
If life is a story then the wrong ones die.

View all posts by David →
This entry was posted on 11 June, 2022 in homepage. Bookmark the permalink.