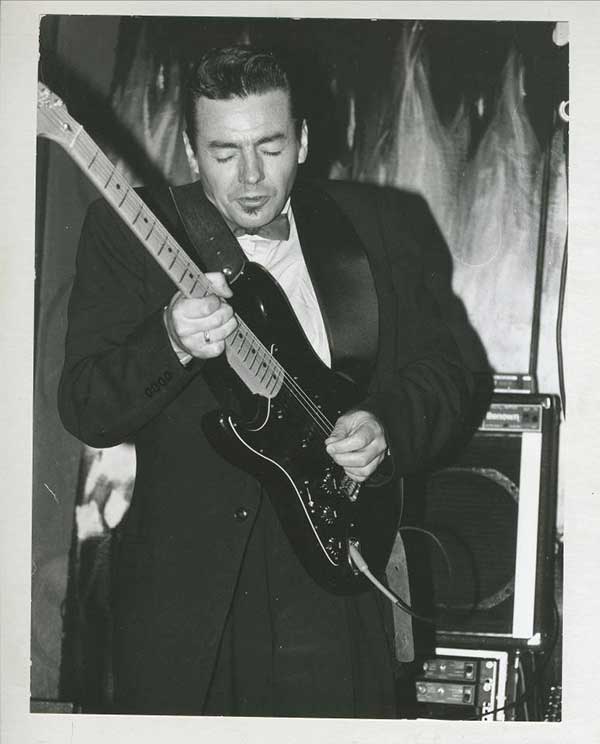 Veteran journalist Norman Jopling used to pen the ‘Great Unknowns’ column for ‘Record Mirror’ in the sixties, highlighting neglected Blues voices deserving wider attention. In an updated kind of way, if you’re not overly familiar with Mr David Booker – maybe you should be, and from this album’s atmospheric play-in surface-crackles, ‘Hobos And Mojos’ is a great way to get acquainted. He cajoles in swaggering brag about how a ‘Fat Man’ makes the best lover kilo-per-kilo, greased with muted horn, sighing slide, and agile finger-picking fretwork. Mr Booker jives standard Blues forms onto reenergised by-ways with the effortlessly practiced ease of long-term intuition, from the gutbucket sax and Hi-heeled Sneakers ribs of “If You Don’t Want Me” all the way from Hoodoo to Voodoo. In a standout song he wrote after a visit to a JuJu trinket-shop opposite the Memphis Arcade he tells about the Swamp Witch-Doctor who lays the double-whammy gris-gris on you, gets you singing the Blues in Japanese (just listen!), snorting gator-dust and gopher-juice. ‘This guy knew his stuff about going down to the graveyard and cutting open dolls,’ he relates, adding he was likely a ‘major drug dealer too, fun times!’ 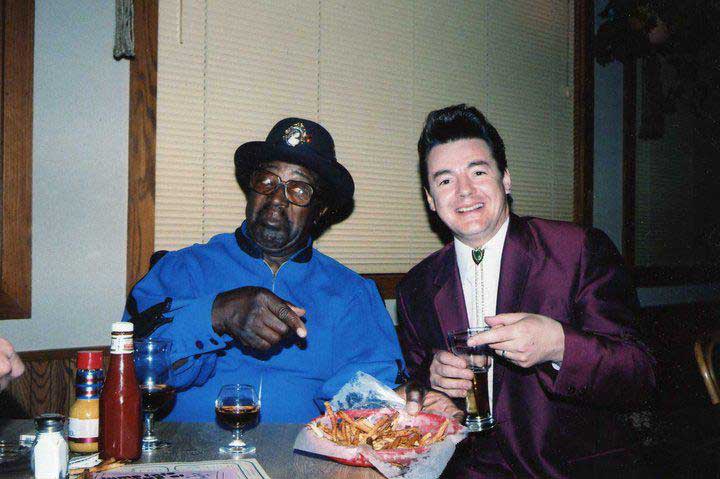 Mr Booker is perfect for ‘Great Unknowns’ status, he’s played alongside everyone from Solomon Burke to Billy J Kramer, Rufus Thomas to Del Shannon, John Mayall to Dave Berry. Blooded in the Manchester R&B Beat-group scene, he opened for Herman’s Hermits as part of the Driftin’ Hearts, played with Mod cult Ivan’s Meads, and then the Freakbeat Richard Kent Style (single “A Little Bit Of Soul”, 1967). By the early seventies he was with Heavy Rockers Swampfox (“I Got A Thing About You Baby”, Polydor) – a ‘band doomed from the start… one word EGOS!’, before his Atlantic Crossings to Westminster, Denver, Colorado in 1981 ‘busy making no money, but never a dull moment, á la ‘Groundhog Day’, I live to fight another day.’ He’s paid dues, done his hard times. But, with the Capt Red Blues Band he backed-up Bo Diddley, through into his ‘self-employed’ solo CD ‘Cowtown Jive!’ in 1999.

Unlike much Brit-Blues David astutely avoids academic reverence in favour of slyly knowing interjections of live-wire wit, preferring to let the narrative draw you in unencumbered by raucous histrionics. He spins wry bayou story-tales of ugly women who wiggle and wobble in garter belt and fishnet hose, enlivened with hard urban-Blues authenticity and earthy Hooker how-how-how’s. His own originals spaced with Tony Joe White’s lascivious “Do You Have A Garter Belt” and Charles Sheffield’s 1961 Excello rare-groove “It’s Your Voodoo Working”. When there are domestic spats and fleshy marital fights they pour with a contagious Western Swing slant, his woman’s gone and taken his car and he sure misses his Cadillac, it’s a better ride than she was, and she’s the worst woman he’s had since he’s been having women. Then “Blow Me (A Kiss)” is playfully enriched with more delicious larger-than-life double-entendres than a ‘Carry On’ movie. It’s Delta juke-joint roadhouse Blues 1952, with boogie and ice-cold beer, re-visioned for here-and-now 2017. 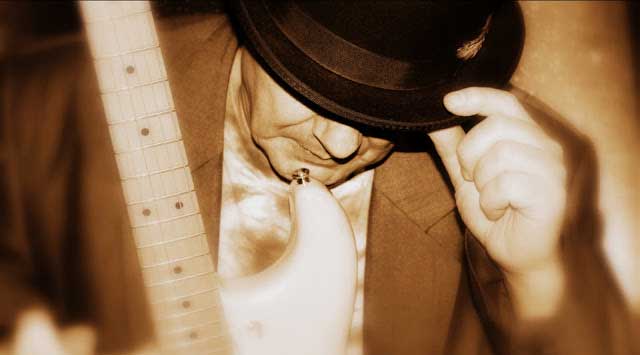 There’s a scurrilously full-blooded rerun of the title track from his ‘Take Out Your False Teeth, Mama’ CD (1998), and a delve into Dylan basement-tape harmonica and Al Kooper-style organ on the acid-bitter “God Of Clubs”, plus a reading of “Rainy Day Women 12 & 35” re-mastered from his 2001 ‘O Brother, I’m Here’ album – ‘cut in four-hours straight’. He wears his Stetson hat to act out an inventive reinterpretation of standard “Stagger Lee”, propelled by the forty-four gunshot pattering rhythms of his regular conga-player, then hits Mad Men territory with a slinky-mean “AdMan Blues”. Humanly irrepressible, nineteen tracks with a full 1:11-minute playing time, this is an album of sheer impure enjoyment that taps your toes and plasters a huge grin across your gob. Treat yourself, Mr David Booker is one of the good guys, and a Great Unknown you should get to know.

Tweet
This entry was posted on 21 June, 2017 in homepage and tagged Andrew Darlington. Bookmark the permalink.