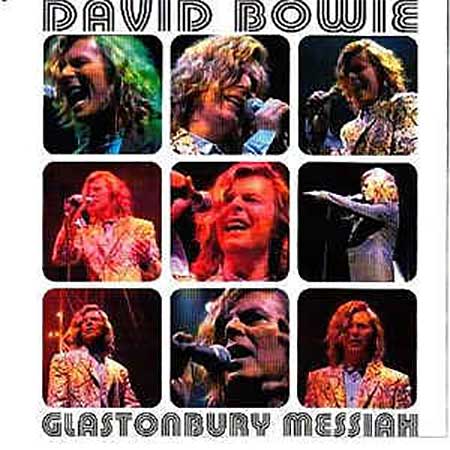 The iconography stuns as Bowie resounds back into vision;

An unreleased concert from 2000’s Glastonbury.

The prophet of song form’s return, re-delivering his bright message,

Fifty three. Disbelief in his death is evidenced by this footage,

As his smile and mischief and enviable chic charms the stage.

All mystique cast aside. No  troubling salutes. No estrangement.

Just that first boy from Bromley, defining at once, any age.

This surburban son claimed the world, then sold it on, to pretenders.

Apprenticing himself for a decade, before forging that first starred chanson.

Borrowed styles surrendered, he stole from an uncertain future,

All along. And now he struts, jokes. He smokes, giggling with musicians,

Whose approach shows the music in its spectrum and search fuses well.

After today would be death, preparing its way and rehearsing;

A final album, heart shudders and the slow picking apart of the spell.

Populating them with such figures, with each one of them played by him.

An innovation each year, as the song swirl starred and spurred

Hands and voices. Across a decade the journey that saw acoustic balladry

Harden into the Diamond Dog kept within. Then cocaine and funk pumping fast,

And Film’s call. The shift to electronics, through war. The Ka Do We, coming later,

By the wall. Each experience sent from somewhere else to transform him,

Rewriting in a play his own body, by aping John Merrick’s warped frame.

This revolution in skin soon saw him apply glamour’s cover,

Swell his fame. From Space to Spiders, Heroes and an astronaut’s drug

Addiction, his return to earth saw him dancing then glossing the dance

As if the evolutions he’d charted had woken and walked from the dream.

As he dances now on TV, he seems to be free of abandon. His re-engagement

Through marriage had returned him, in spades, through time’s door.

Which he had framed perfectly, while immediately measuring others,

From Five Years, to ..hours ‘wanking themselves to the floor.’

That slick refinement, that ease after breaking plates, tearing pages,

Echoing Burroughs’ lyrics or approaches to words, conjured much.

He practised all his form could while leaving his mark on perfection,

Influencing a connection in those he touched, close to love.

The way that this film was shot reveals something of the man he was,

Singing. No grand pose was depicted. No remove, or reveal; David Jones.

Granted to it. A Lazarus as we listen. In the silence he’s left we still reel.

Just as his first record spun once,

On an old Dansette in a London

That will be forever lost, along with him.

When such people die, we’re all killed. 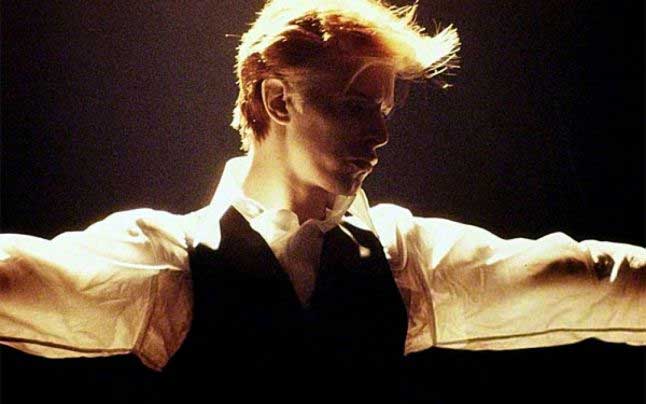 View all posts by David →
This entry was posted on 3 November, 2018 in homepage and tagged David Erdos. Bookmark the permalink.