He Spoke of Marionettes 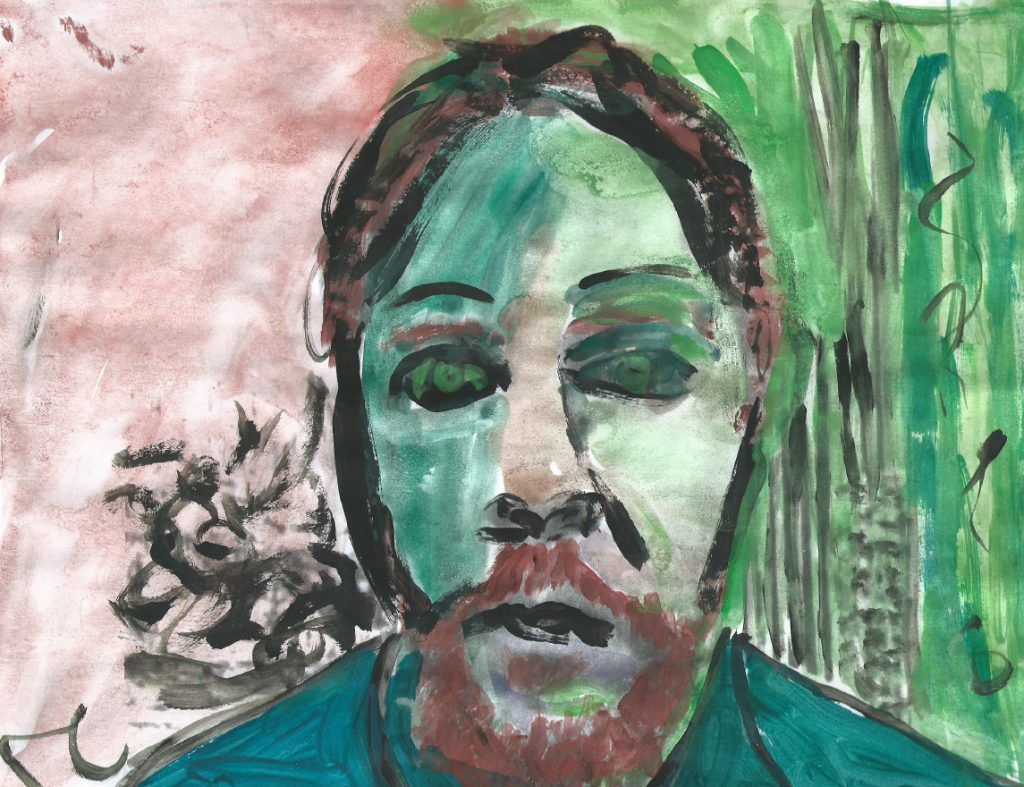 It didn’t matter that she broke out of the embrace and said goodbye.

It was time to meet her friends at dinner.

It didn’t matter that there would be no kiss at the turtle pond.

Despite walking by the Romeo & Juliet statue or at Shakespeare Garden where the elaborate, corniced stone bench held them together.

He was comfortable. So comfortable that he would be glad to do just this. Lean against each other. Not talking. No big need right then.

It was the first date.

He bought flowers and cleaned up the apartment. She would never see the flowers. Or the bowl of fruit. Bananas, tangelos, and grapes.

No. Wait. Not tangelos, but nectarines.

The grapefruit beers in the freezer were a slushy dark orange inside the bottle, with some residue on the bottom. Peculiar things you notice when you end up alone in your apartment.

They hugged when they first met and it was one of the best hugs he had ever felt and he didn’t want it to end so he lingered and so did she and it didn’t matter.

It didn’t matter that school kids were yelling and running by.

It didn’t matter that she had gotten lost and that when he finally spotted her he was surprised, and happily so. When he spotted her standing on the roots of that large tree looking at him, he was glad.

He tried to remove her sunglasses and she stopped him. But he saw her eyes. How very blue. She had silverish eyelids or at least he thought she had put on make-up that goes on eyelids. He was still thinking about her eyes because now he could not think of the right name of the translucent shade of blue of her irises but they did seem to reflect light like one of the stones in a ring in the front window of Tiffany’s. Were they cobalt blue? Electric blue?

They held hands and one way fit and the other way didn’t.

So they went with the one that did not intertwine the fingers, even though he thought that way to be naturally, the more intimate. It did not feel right, so he decided to move to hand-in-hand and they both tacitly agreed, almost immediately, that this other way would be the way they would hold hands for this first meeting and perhaps, it would be this other way that they would hold hands again. At least this is what he was thinking.

Coincidentally, but off-topic, earlier, he had walked right by a blind man asking for help crossing the street. The blind man had been standing on the northeast corner near the grocery store and the tone of his voice was pissed off. Pissed off that nobody was helping him. Pissed off at being blind, probably.

But he was merely speculating and pondering all this as he walked right by the blind man on his way to get supplies. Yes, the same grocery store where he bought tangelos, no wait tangerines, and grapes, and bananas. And also grapefruit beer and irises. The purplish-blue flowers. The flowers had a vibrant azure to them just like her eyes. Specifically her irises. But he didn’t notice that, at first,  because, to begin with, he was actually quite enamored with her glossy, red, sparkly lower lip. He wanted to kiss her then.

He waited till the turtle pond when she turned to him and said, “You’re quiet.”

Boldly, he responded, “I was just thinking this would be about the best place ever to have a first kiss.”

She rebuffed him gently and panic set in.

Maybe she didn’t dig the beard.

He went back to being an affable tour guide providing details about the marionette cottage and Egyptian sculpture. And the kiss when it finally took place was not a good one. It was rushed and tense and perfunctory. It was a slammed door in his face and she was going to meet friends.

“Why? Do you want to meet up after you see your friends?”

Nah. She wasn’t jumping at that idea.

As he walked back toward his apartment he pulled his phone out of his pocket. The phone had pocket-dialed her, so he left a voice message that he tried to make somewhat humorous, all the while thinking she didn’t pick up, even though she knew it was me.

It didn’t matter really. But maybe sort of, it did.

Tweet
This entry was posted on 2 November, 2019 in homepage and tagged Adam Kluger. Bookmark the permalink.