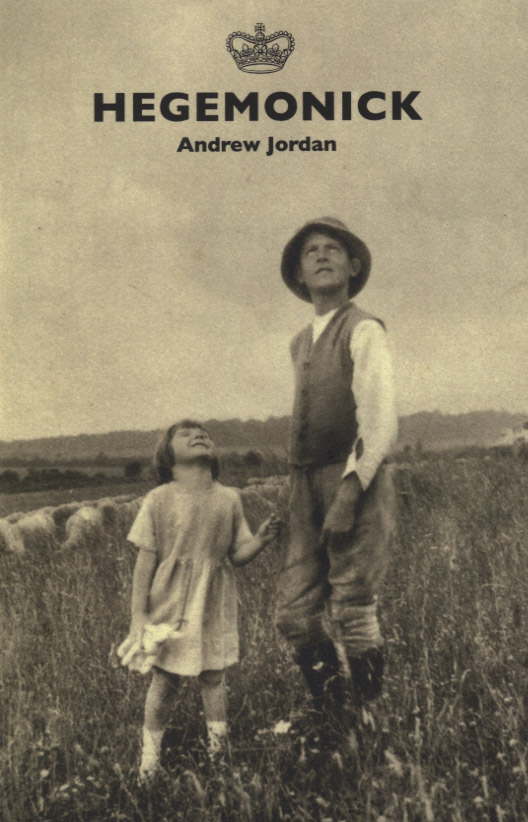 This book creates an atmosphere of rare beauty and horror, that has stayed with me for days.

To read it, you don’t need to know anything about the area, and this will resonate with other places where “things go on” of which the public are blissfully unaware. Like the Wainwright Pictorial Guides, Andrew Jordan describes, right down to the Ordnance Survey map references, his wanderings and discoveries around Portsdown Hill, Hampshire, but it’s a lot more interesting than Wainwright, because he also shows what the effects of the physical terrain and its secrets has on the landscape of his mind. Tunnels leading to echoing underground forts and empty command posts are as neural pathways leading to his mental identity.

This calcite hill provides a long history of weaponry, secrecy and surveillance, the cold, damp war, and a great playground for children, with its extraordinary collection of forts, fuel bunkers, shelters, secret HQs from Operation Overlord, all chiselled into the white, white chalk. It also has some parts of natural beauty, and a great view of the span of Portsmouth and Southsea, the sea and the Isle of Wight. A great place for teenagers to play hookey, I took my first acid trip there.

The book is the subterranean psyche of our history – how people dig into the earth and change things, but the nomenclature stays; ancient barrows are amended, bodies are buried East-West, how people make up things and the name stays. About his psyche, the land’s psyche, Her psyche (the tunnels, the Hill, his lover?) Her – Mary Millington, the first hard core porn queen, whose holes are the openings in the Hill, the tunnels her cavities, usually hidden in a lady, but in her line of work, exposed to all and sundry. One too many stitch-ups by the cops, and she couldn’t take the grief, so stopped it all one lamentable night. About a horse mutilator, ancient rituals, the Ku Klux Klan and a pilot who crashed his young life away in the defence of the realm.

It’s also about the cruel laughter of children; it’s almost as if the secrets of the Hill have tunnelled into the community where no-one is going to pay out for the subsidence damage.

The Paulsgrove Estate has a bad reputation, fostered by the ghastly local rag the Evening News, but has well-kept homes and a pioneering spirit, constructed from the need to provide housing after WW2. A convicted paedophile was named and shamed by that other rag, the News of the World – he was living on the estate in the middle of an area containing four schools. Others were also found living there – good place for the council to dump these unwanted, in the arse end of Pompey, and information was blurred, some were indeed convicted paedophiles, but some, entirely innocent. The mob ruled though, children and mothers chanting in the streets, a black comic vigilante went after their patsys. The rounds of Chinese whispers spread through the country, produced through primal fears, so much so that a respectable paediatrician in Wales had her house daubed “paedo” in the night, in a force of national hysteria.

The design and layout of the words are an important visual component of this book, it’s poetry, sometimes not. It is written beautifully, his use of alliteration exquisite, not annoying. I read out loud the first two pages, The Bull Artefact, a poem. I understand Andy will be doing some readings of this book, which I would love to hear.

A creepy journey through sunlight and dampness, ending in an Armageddon of sorts.

I grew up in the point furthest south of Portsea Island, you’d get your feet wet if you went any further, the antithesis of Portsdown Hill: Edwardian gentility, terraces of hotels, the Promenade, Southsea Pier (until Ken Russell burned it down whilst filming Tommy, bugger him). The Hill at the back of my innocence, murky, holey, the dark side of the sparkling sea, the cold war. New millennium Qinetiq and Dstl (Defence Science and Technology Laboratory) near to the IBM headquarters, the Microsoft of its day, the seventies hope and bright boy of the technological future. Southsea and Portsmouth, the holiday haven and the might of the sea-faring Empire; secrets, maps, a shelter for Britannia (quite small, really) and the Ark Royal, which looked like several blocks of flats gliding slowly from the depths of the harbour past the Hovercraft rapidly buzzing over to the Isle of Wight. You have terrified my childhood, Andy.