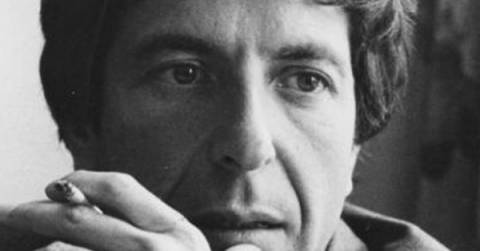 There are few equals now to your words
And in the sharp silence after.
The smoke in your song singes verses
As the secret to the chord has been lost.
Chastened, we turn towards an albino fire,
To find within its bleached colour the last golden
Traces from those richer shades you defined.

We are disconsolate now,
As we direct our gaze to the mountain,
Expecting you to walk down it in criss-crossing paths
Of damp grass. Your Buddhist robes catch the stems
Of unyielding flowers, which snag in the moisture,
Like the words you stalked through stone
To unearth. Your voice was the world

That soothed the rooms of the troubled.
In the misapprehensions rescinded,
A well placed word signalled truth.
Your breath kissed the flesh of more than
One hundred mothers, as you honoured yours
And your father after burying the collar
Of his shirt in the ground.

Dear Leonard, we call now to the inveterate choirs,
Beneath whom you rumble as we look for the God
You described. There will be the earth within earth
And a silent prayer, uncommanded
As all you embodied finds its evolution of sorts
In a cloud. The sun splinters. Skies break
As night claims the Rabbi. Tonight we sing for you

Incantatory oaths from religions whose corruptions
Of all you transformed. You are secular now
But you are also the spirit. Gifted to those
Who hymn to you and who you now leave, eloquently.
A new silence is set. And yet there are still
Those raised choirs who carry the words
You leave to us on the unrepentant air

Of your rest. For Suzanne, Marianne
And that famous blue raincoat,
For the books, songs and children,
The totems of your life on earth. There is a tower
To song along with your edifice of achievement.
It does not teeter, like Babel, but in its place
Is a bible for the adventurous heart to find worth.

The genius jew, who’s repose gained position.
The books are all open as your final poem becomes
All that you were for both men and in women,
And all you will be now, a new Lorca, albeit with a more
Profound turn of phrase. Your sigh and your song
Is now a part of the weather. I hear it now in high choirs
As we learn how to live the new day.

View all posts by David →
This entry was posted on 17 November, 2016 in homepage and tagged David Erdos, Leonard Cohen. Bookmark the permalink.