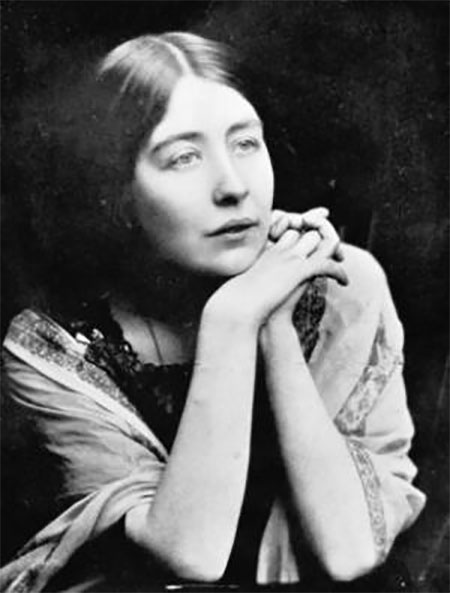 Just inside the entrance of the Addis Ababa home of British historian Richard Pankhurst hangs a black and white photo of his suffragette mother, Sylvia Pankhurst.

She is pictured wearing a long and elaborate Edwardian dress with sleeves to her wrists, beneath a heading: “Votes for Women.”

She was one of the women whose campaigns, which included going on hunger-strike, led to British women being allowed to vote in the early 20th Century.

In the nearby sitting room, a tapestry hanging on a wall testifies to a less well known side of his mother.

It depicts Ms Pankhurst in June 1935 walking down a gravel path through a garden in the English city of Bath, accompanied by Ethiopian Emperor Haile Selassie.

The image comes from a photo taken during his exile in England after Ethiopia was subsumed into the short-lived African empire of fascist Italy, Africa Orientale Italiana.

In previous years, Ms Pankhurst had gone to study art in Venice, where she witnessed the brutality of the fascist regime. Afterwards in the later 1920s and 30s she had become a vocal pacifist, anti-fascist and anti-colonialist activist.

So when Italy began building up its military presence in East Africa she proved to be one of Ethiopia’s most vocal supporters, writing to newspapers in defence of its sovereignty.

The eventual invasion in 1935 and failure of the League of Nations to intercede only spurred her on, as witnessed by her then teenage son.

“I grew up in London surrounded by Ethiopian exiles visiting my mother, who was always busy organising meetings and fundraising for the Ethiopian cause,” says Richard Pankhurst, now 88. 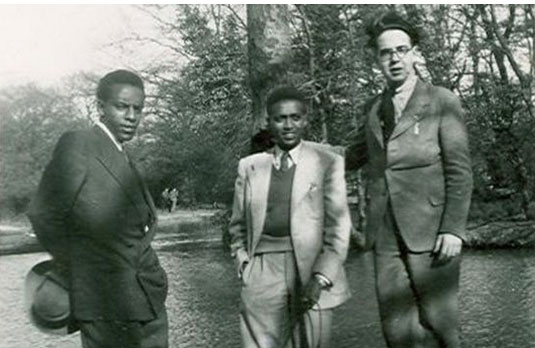 When Ms Pankhurst felt media and readers were losing interest in Ethiopia’s plight, she took matters into her own hands and founded a newspaper.

The New Times and Ethiopia News was based in Woodford, London, where the family lived and where, following the war and the African country’s liberation, many Ethiopian students found their way to the Pankhurst family home, becoming Richard’s friends.

Who was Sylvia Pankhurst?

Mr Pankhurst first visited Ethiopia with his mother in 1950, taking a flight first to Frankfurt and then to Athens where they changed to the newly created Ethiopian Airlines.

“It was my first introduction to the Third World and poverty,” Richard says, though he saw another, more decorous side of Ethiopia.

“Many of the Ethiopians we befriended in London were now in government.”

In 1956, Ms Pankhurst decided to move to Ethiopia permanently, a decision driven by her passionate desire to defend the country, says her son. Having finished his studies, he went with her.

Ms Pankhurst had strongly objected to the post-war British administration of Ethiopia’s south-eastern Ogaden region, and Richard remembers his mother saying she wouldn’t give up until the British left.

They had departed by the mid-1950s but Ms Pankhurst stayed on, determined to ensure Ethiopia was better represented to a world she felt misunderstood it.

She turned the New Times and Ethiopia News into a popular monthly, the Ethiopia Observer, based in the capital, Addis Ababa.

“Sylvia devoted each issue to a particular subject that showed how Ethiopia was developing and wasn’t the barbarous country some thought,” says Rita, Richard’s wife, who moved there to be with him.

Despite her advancing age – Ms Pankhurst moved to Ethiopia aged 74 – she travelled around the country, visiting schools, hospitals and development projects reporting for the Observer.

When it was suggested one such trip involving hours in a Land Rover over bad roads might prove too strenuous for her, Rita recalls how Ms Pankhurst replied: “Do you think I have come to the end of my active life?”

Despite her tenacity, Ms Pankhurst died of a heart attack in Addis Ababa at the age of 78, her health likely impaired, Rita suggests, by the numerous hunger and sleep strikes she had staged during previous campaigns.

“She told me that sleep strikes were most effective for making you so ill you had to be released from prison,” Rita says. 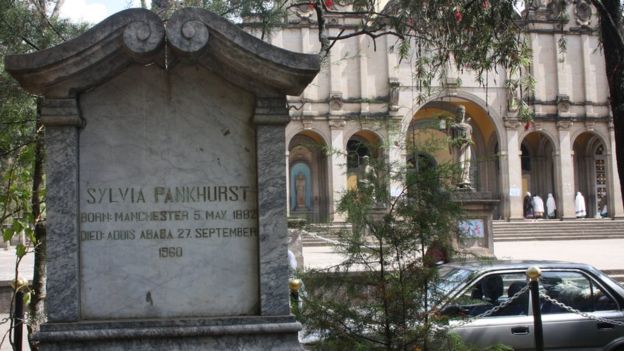 Ms Pankhurst received a state funeral in Ethiopia, at which Haile Selassie named her an “honorary Ethiopian”.

She was buried in front of Addis Ababa’s Trinity Cathedral – the only non-Ethiopian among the graves of famous Ethiopian patriots of the Italian war.

After his mother died, Mr Pankhurst continued what she had started, revealing to the world an unknown Ethiopia.

“I am most proud of the books and articles I have written about Ethiopia,” he says, having authored or co-authored 20 books on the country.

“When I came here there was no economic history of the country.”

He is also proud of leading the campaign for the return of a giant obelisk taken to Rome from the northern Ethiopian city of Axum. The obelisk was re-erected in Axum in 2008.

But Mr Pankhurst has not succeeded in restoring to Ethiopia 349 of its most valuable manuscripts, which lie in the British Library in London.

“It is not widely known what happened,” he says.

In 1868, a British force of 32,000 led by Gen Robert Napier went to rescue a small group of Britons imprisoned by Ethiopian Emperor Tewodros II.

After Tewodros’ defeat, a two-day auction of the spoils of war among the troops resulted in more than 1,000 manuscripts heading to Britain. Elephants carried them to the African coast. 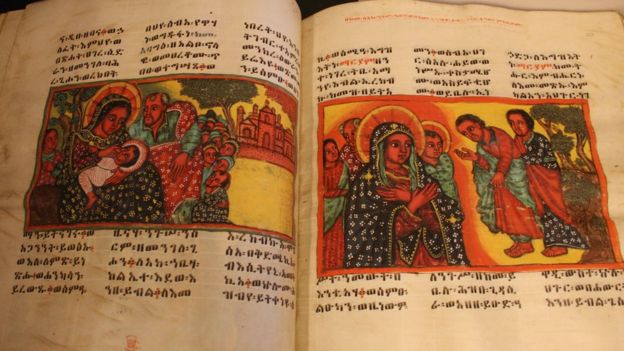 “The soldiers were able to pick the best of the best that Ethiopia had to offer,” says Mr Pankhurst.

The manuscripts are indeed wonderful, as I witnessed inside a viewing room at the library.

“They are so lavish as they were made for kings,” says Ilana Tahan, lead curator of Hebrew and Christian Orient studies at the library.

For the manuscripts to be returned to Ethiopia, the UK parliament would have to enact new legislation, library staff say.

The Pankhursts bear no animosity to the library – during trips to London, Mr Pankhurst researched his books from desk F6 there – but he still feels strongly about where the manuscripts should be. His eyes light up whenever they are mentioned.

Much like his mother, Richard cannot tolerate any perceived injustice toward Ethiopia, says his wife.

More on this story