How to heat the human, not the home 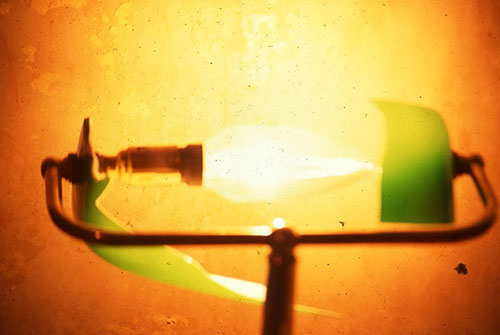 the first people live where heat isn’t needed
warm days and cooler nights. we sleep in piles
like cats, keeping each other warm

then we have fire. someone stays up all night
to keep it going. the pile of logs is everyone’s job –
we’re happy to do it. our food is hot, our dwelling cosy

castles have tiny windows, not for the archers
but to keep the heat from getting out. later,
the maid lights a fire in every hearth

in their mistress’s house, getting up before dawn
to make sure that master doesn’t have to feel the chill
of the morning frost even as it stiffens her fingers

until they eventually can’t uncurl. the advent of central heating,
remembering finally the lessons of ancient Rome lost to the fall
houses heated with hot water, first for the few

but soon for the many, the click of the boiler
the twist of the thermostat even Mable can enjoy.
she sets it to come on before she wakes

no longer scratching the frost from the inside of her windows
decades roll by. a few old people die
which makes the news when it’s a slow news day.

we try to look after each other – after all, we’re still like cats.
the fires burn, only now it’s the amazon, or marsden moor
the cost of fuel goes up like tinder catching a spark

more people die. the disabled, the infirm, the ones
who can’t afford to buy extra sleeping bags for their feet
or are too frail to lift heavy blankets in the end

the government is cold, unmoved. they announce
new nuclear power in thirty years, a subsidy –
only for a few. it’s springtime now

so the panic doesn’t start to burn until september
when thousands of people are too afraid to turn on the boiler
in case they can’t afford the bill. old tights, hats, coats indoors

the news moves on. they’re opening another hospital ward
the mayor is there in his red coat and chains
the crowd is laughing, they don’t have to worry about the cold

but the fear is at boiling point. soon people gather
coming out to the city square where a bonfire is growing
the best way to heat a human is from the toes when he’s tied up

Tweet
This entry was posted on 9 April, 2022 in homepage and tagged Jem Henderson, nick victor. Bookmark the permalink.