In Excelsis: A Review of Hypnopazuzu’s Performance of Create Christ Sailor Boy 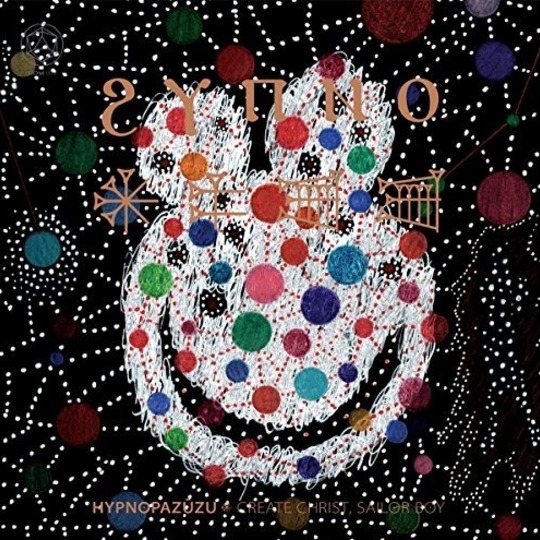 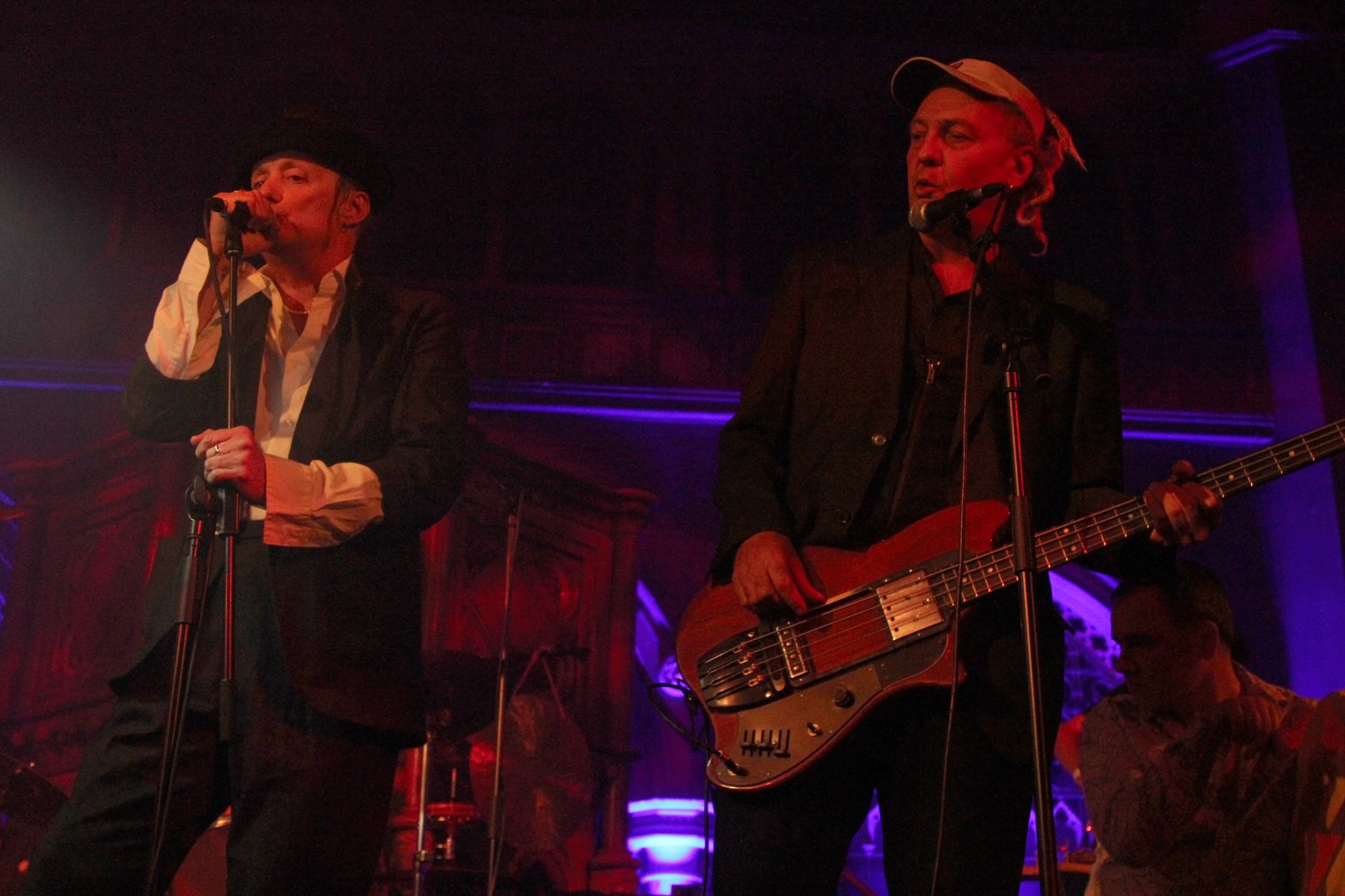 Music as communion. On Saturday October 22nd 2016 a full house of counter culturalists and lovers of the transformative powers of musical transferral and resurrection collected to witness Current 93 founder David Tibet’s new project with Youth, probably modern music’s most artful artist and collaborator. The album, available to stream and buy on itunes, Create Christ Sailor Boy, is a remarkable slab of drone like summoning and muscular angelicism. Over ten pieces and an hour and a quarter the deepest rumblings of a bass stoked earth are invoked alongside the sharpest electronics and the ascendant purity of Tibet’s voice and words. Ambient textures both soothe and challenge as we are led on that journey of ascension, one that reveals, invokes and uncovers a darker purpose in all of us. 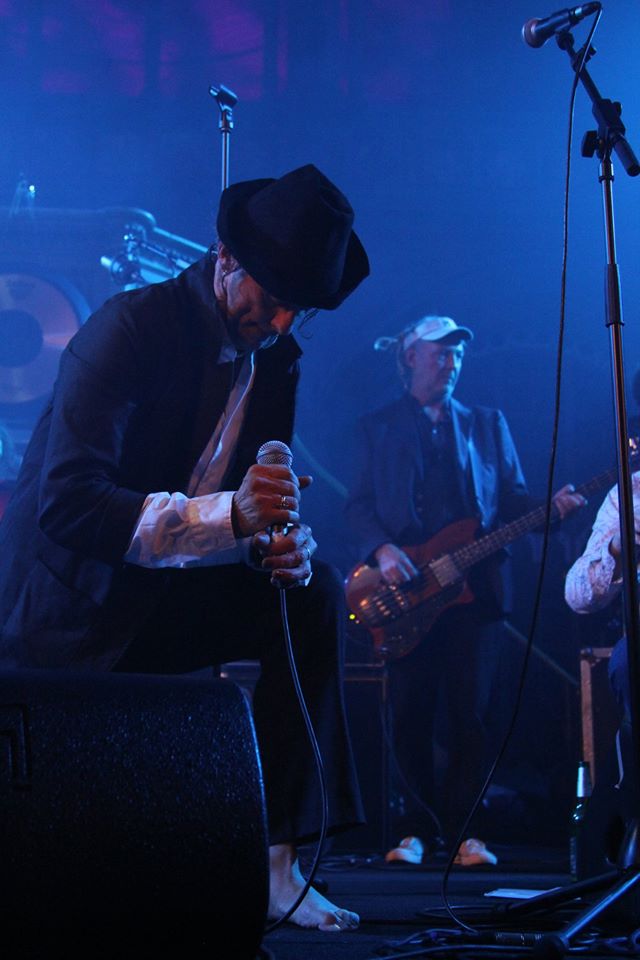 After a spectacular recital of doom struck, wing piercing soundscapery from support act The Stargazer’s Assistant, Hypnopazuzu take the stage, after a treated and has to be said, aurally impressive recording of ‘Chirpy chirpy cheep cheep,’ the final notes being slowly consumed by the eerie and demonic scapings of a sharp cloud of electronica. The band comprises of Youth and his associates Michael Rendall on keyboards, Gerry Diver on Violin and Bodran, Bede Trillo on Guitar, Jamie Grashion on Moog, Tom Grashion on Drums and Gong, Stanley Manning on harmonium and long string drones gong with Youth himself on Bass and Drone Harmonium. Together these men create a shifting landscape of sound, tectonic aural awakenings whose structure and melody provide the journey for David Tibet’s vocals and vision to follow.

Tibet entered moments after to wild applause, clutching a small plastic bag containing poems, creeds and lyrics and as his voice soared forth I was immediately transported. The opening song that emerged from the swelling black cloud of noise and majesty was stoked into being by Diver’s violin and the combined harmonium drones supplied by Youth, Manning and Grashion. The song, Your Eyes in the Skittle Hills calls us all to Create Christ a Sailor Boy, set upon the waves of our own needs and desires and Tibet is instantly established as a musical shaman, druid or priest, commanding and demanding worship. While sounding like nothing on earth there were textures and satisfactions here that took in everything from the Hillier Ensemble to Dead Can Dance, Tibet and Youth’s home bands, Current 93 and Killing Joke, to the soundtrack of some primal inner yearning. The songs, classified as religious on itunes do so much more than reflect that as a belief system or genre. They create their own god and set the Christ figure that Tibet imagines, evokes and summons high on his own stellar sea. 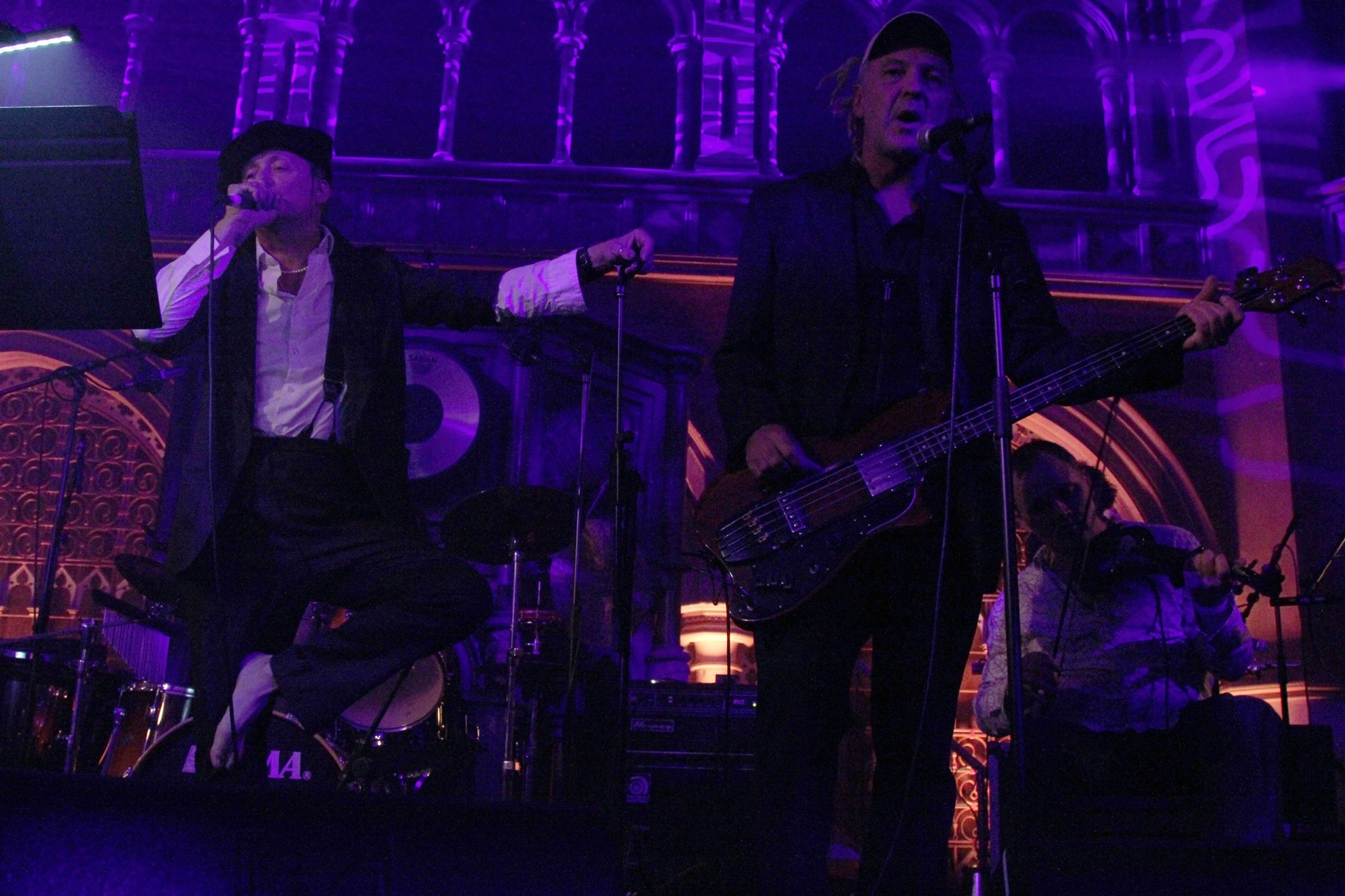 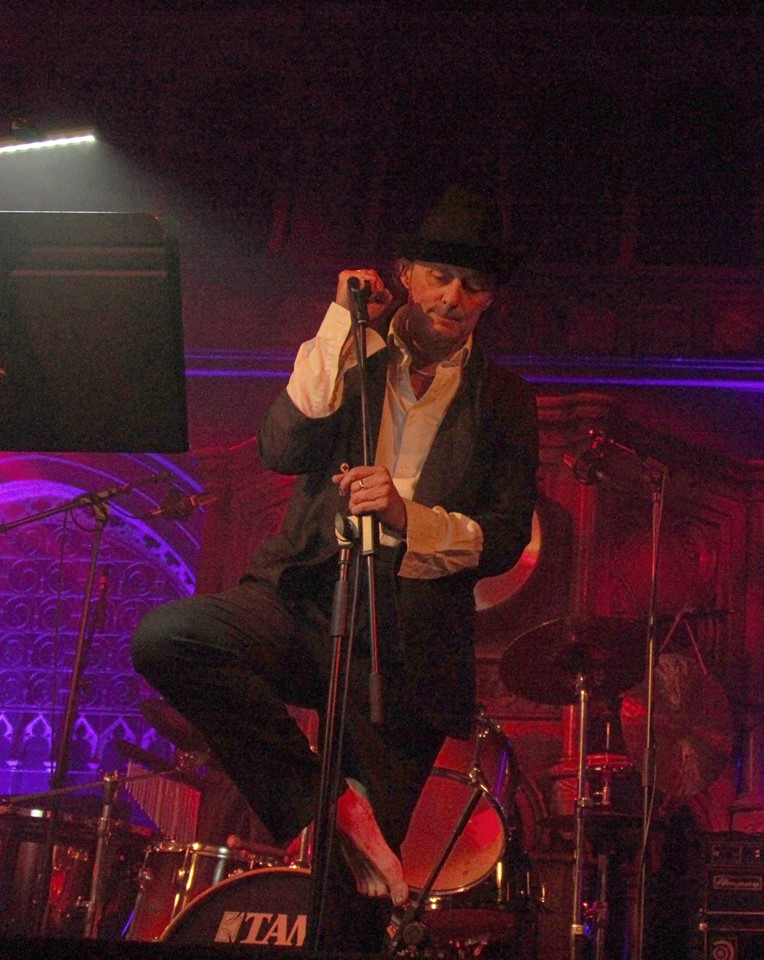 There is a unity to the songs, and a force also. Christmas with the Channellers rages and roars at the private heart with a surging, malignant power. Youth’s bass rumbles from somewhere close to Hades while Diver drives the highest frequencies of the violin to tear the very clouds from the sky. Tibet’s voice rides the crest as the music, a mixture of a blood stained soul and devilish electronics takes us ever further into and towards Tibet’s sacred destination. The salutary nature of the drums powers on and one imagines a giant slave like creature breaking through the earth in his attempt to snag or smear an escaping angel.

Conversely The Crow at Play skimpers along at a bodran driven pace, its gaelic overtones skilfully mastered by Tibet’s celebration of an oncoming palace of the mind as Youth and Jamie Grashion join him on vocals. The music is rich and vibrant while still shot through with the same elemental force of the other pieces. The music is blood coloured, glistening with the gold of other fluids spent and purefied in the sparking fires of expression. 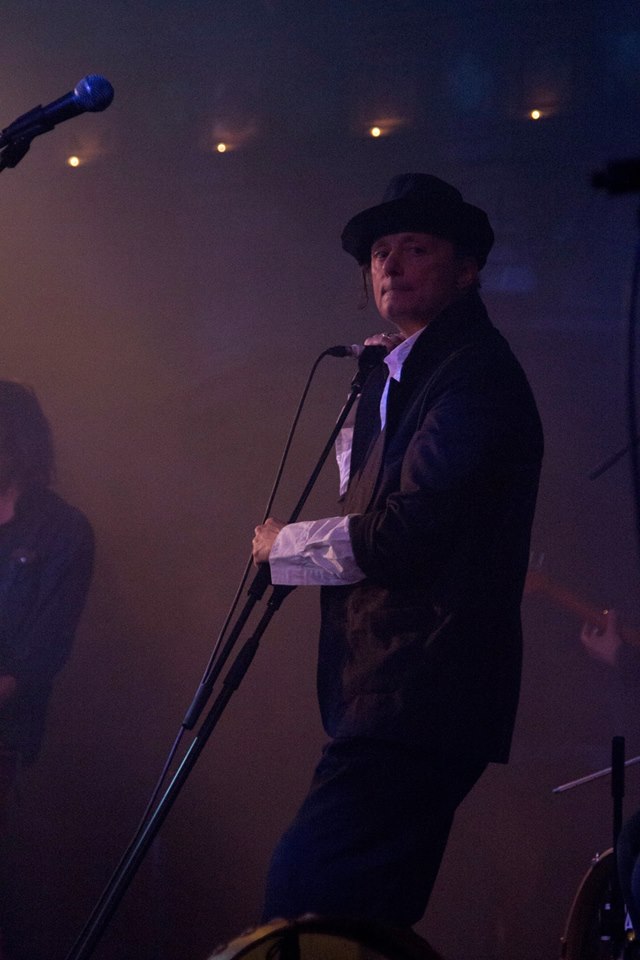 The Sex of Stars is a standout in a set of standouts. Michael Rendall’s stentorian piano figure demands continued repitition. It is the kind of simple chordal riff you dream of both playing and writing if you really love music on a deeper level and this structure allows Tibet to eviscerate and explore his astral exhumations to the fullest effect. Trillos’s guitar soars as Youth’s bass fills in the voids of absence that Tibet sings of and the pace and tempo accelerate and reach an orgasmic rush that draws us all out of our seat, encouraging us to move our bodies in as frenzied a way as our personal inhibitions will allow. The band is as tight as it is intense and the Union Chapel proves once again it is the perfect venue for this sort of music. Concerts do indeed become sermons here, served up by everyone from David Byrne and Paul Simon, to Dead Can Dance, The Enid and Simon Fisher Turner, and the majesty of the building seems to increase as Hypnopazuzu summon and manifest semblances of our own inner gods. 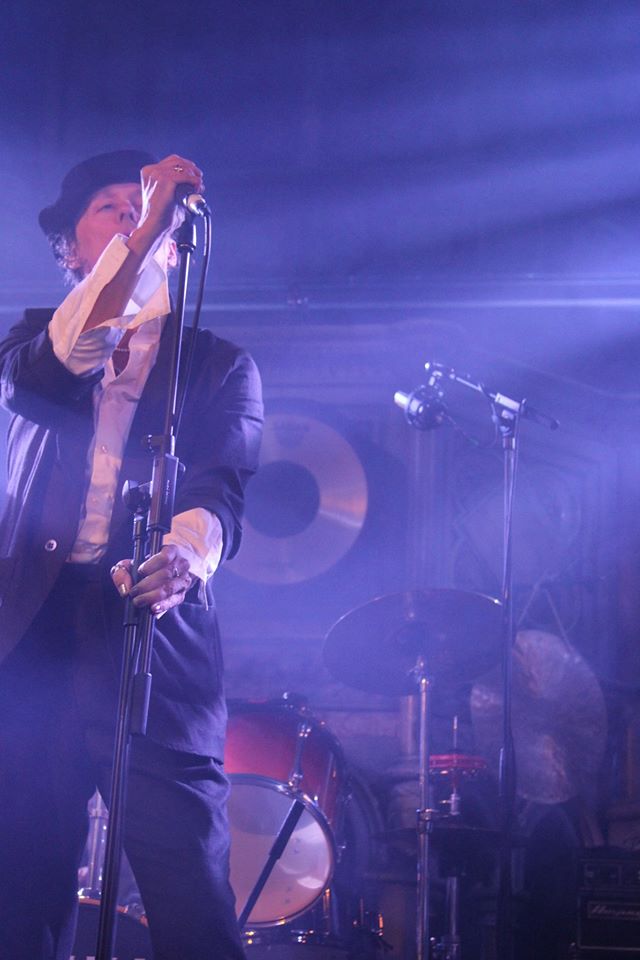 Magog at the Maypole steers and swirls towards a form of apocalypse and Tibet’s vocals are incantantatory in sound, rage and aspect. He is willing and ushering a rapt audience towards a ferocious dawn of expression, provoking anarchy while still maintaining control and exposing and exploring the full capability of the heightened senses. The music thunders and coarses through the blood that seems to shine in the veins of Tibet’s throat as he sings. Youth’s bass is right at the heart of the fire and the alchemical nature of the music is all encompassing.

Sweet sodom SingSongs capers out on the sound wings of a plucked sitar as the ritualistic drum pattern surges us ever onward to still further heights of inspiration. This is music and this is an album and project that creates a world, separate to our own and closer to whatever guiding forces there may in fact be, awaiting us in the higher,or perhaps deeper reaches. It is pagan, animalitic, spiritualised and infused with the gold in the seam of the dream. 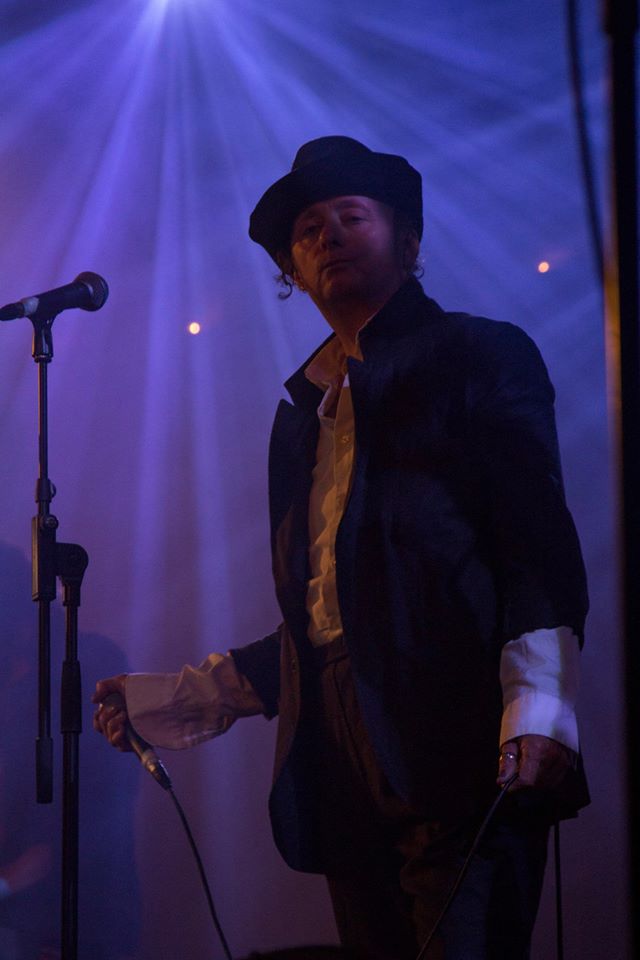 Pinocchio’s Handjobs mighty chordal sweep confirms and echoes some of the power of The Sex of Stars and after a blast of bursting flute from multi-skilled harmonic master, Diver, Tibet escorts us towards a form of armageddon that would surely await that famous puppet as his desire was planed away by a frenzied masturbatory grip. Tibet is a famed Noddy fan so the inspiration here maybe a clearing away of a famed rival and what he or it represents. Certainly the representatives and emblems abound in Tibet’s lyrics as he clears the spiritual and emotional decks of what we have come to rely on and bids us all towards a greater sense of scope and worship. The totems of such figures from Christ to this other wooden boy are important to his writing and this deeply skilled exponent of outsider art is expert at describing the interior states of those held within the confines of the conventional.

The Auras are escaping the Forest arrives on a cloud of glisten and buzz and a deeper range of vocal. Diver takes the higher frequencies as Tibet stays close to the floor as if communing with the hidden forces, in a way and with a voice and language that’s reminiscent of Lisa Gerrard’s channelling of Latin, Greek, Turkish, Armenian and Hebrew. The song builds and spirals like a bird escaping the entwined branches of a celestial forest and the light sears through the gathering sound. By the end of the song Tibet and the band have attained a screeching fury that makes magic of music in its most transformative and effective way. 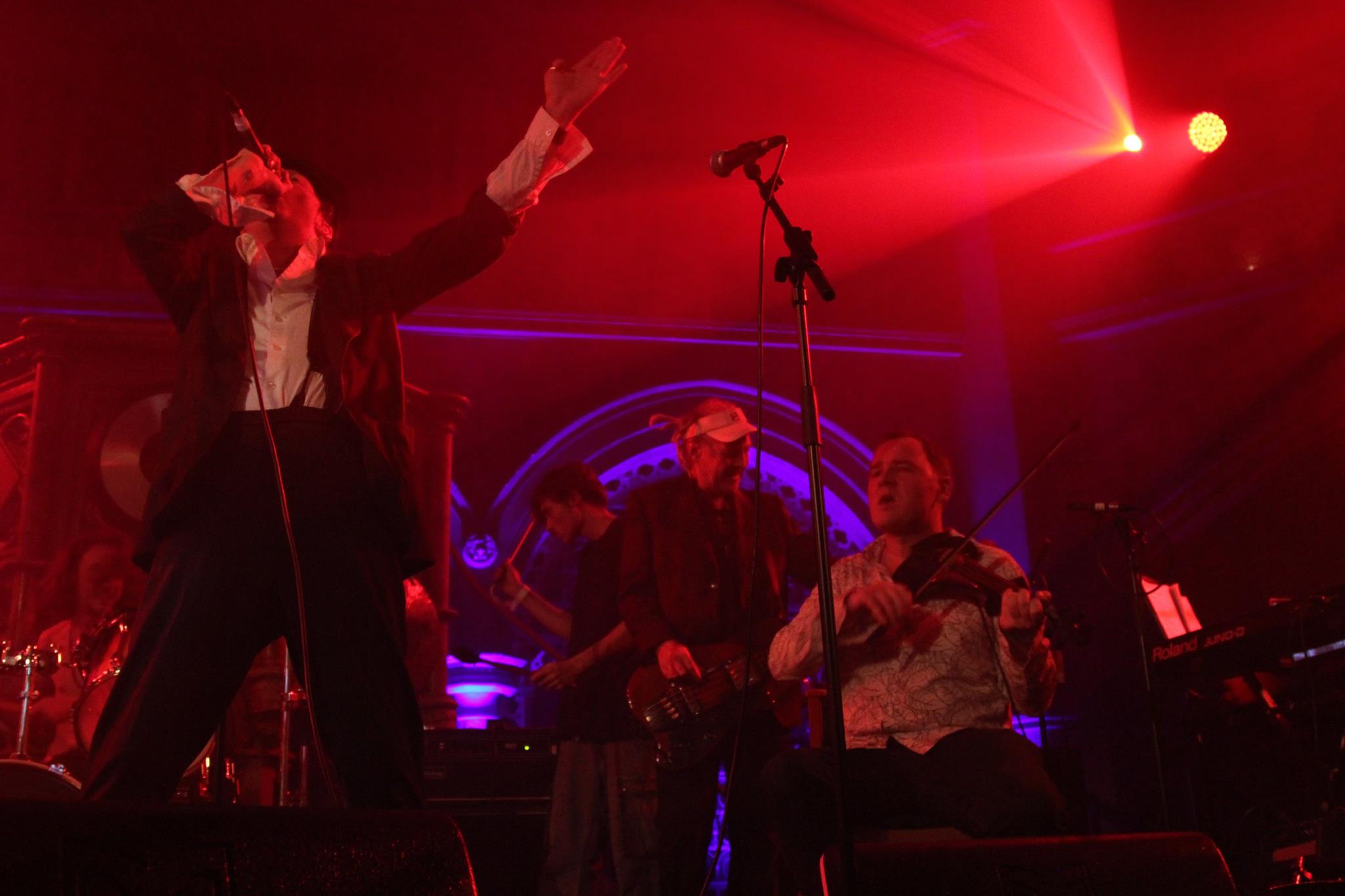 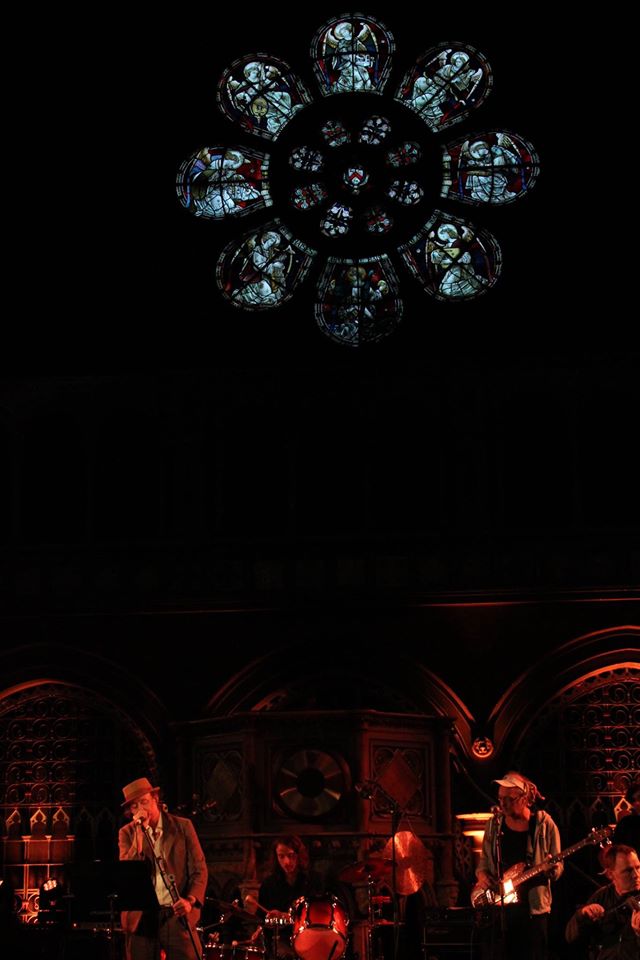 The closing piece, Night Shout, Bird Tongue draws the concert to a dignified conclusion. The grand sweep of the chords underlies and carries the weight of thought, dream and spirit we have all been privileged to witness. Tibet sings of ‘the tall grass,bending like words,’ and as we listen, I am reminded of how reality too can so easily shift when the correct thought or soundtrack is placed beneath it. Hypnopazuzu and all of Youth and David Tibet’s work is about undermining and exploring that reality and its limitations and  how we fall prey to it. They are also of course committed to the ways and means with which we can learn to survive and resist it. Music like this achieves its own commendation through its strength, depth and substance. In Excelsis Deo: Glory to the god in our ears.