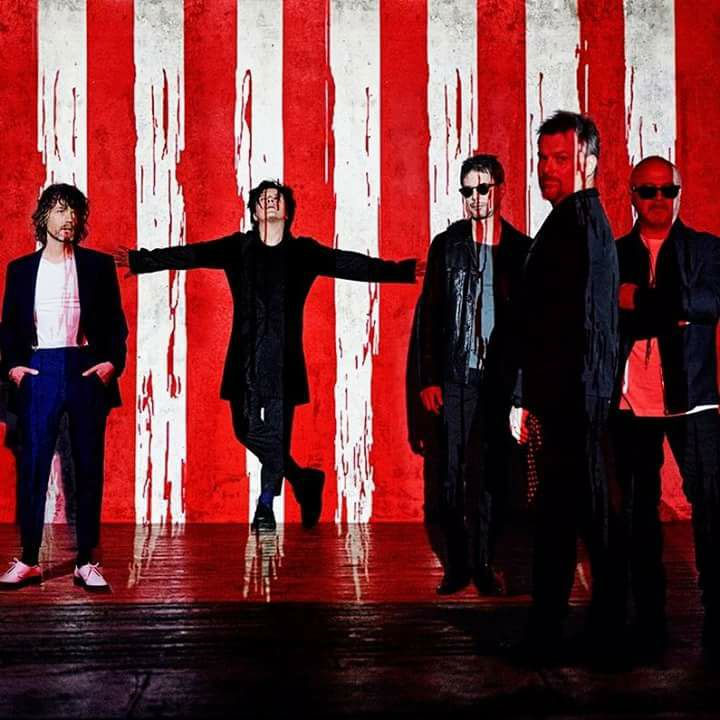 Their current singles compilation celebrates forty years of success, although French band INDOCHINE are probably the biggest band you never heard of…

They are probably the biggest band you never heard of. J’adore Indochine.

In truth, they’re no more Indochine than Japan were Japanese, or China Crisis were Chinese. It’s just a name invested with a certain exoticism, although one of their live albums – ‘Hanoï’ (2007), was recorded in Vietnam, which kind-of qualifies. But long before Daft Punk discovered funk or Air lifted off on their Moon Safari, Indochine were the New Wave band selling records across the French-speaking world, with thirteen studio albums since their 1982 debut ‘L’Aventurier’.

Ah, if you happened to be strolling those Paris boulevards during that summer, the brash adventure-scented “L’Aventurier” was everywhere dancing in the café air. The soundtrack of the city. They even got Serge Gainsbourg to direct their video for hit “Tes Yeux Noirs” all smoky reds, blown kisses and the aging roué himself. ‘It has been one of the best encounters… but also one of the worst collaborations at the same time’ explains Nicola Sirkis carefully. 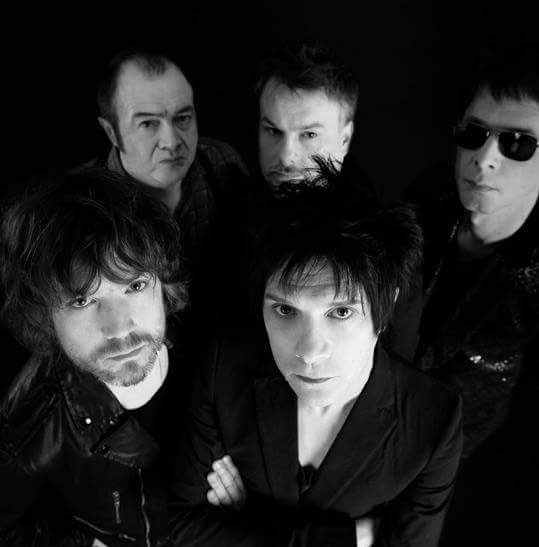 In fact the thirty-seven track ‘Singles Collection 2001-2021’ plus companion set ‘Singles Collection 1981-2001’ marks the band’s fortieth anniversary, albeit with 2020 remixes and alternate piano unplugged versions. Nicola Sirkis, black hair stylishly slurred down over his right eye, was there in Paris for the group’s ignition, and as musicians have come and gone, he’s been the one constant factor. ‘I lived in Belgium listening to British radio stations playing Rock music all day long’ he recalls. ‘When I went back to France, it was difficult for me as I had to look for artists that I liked a lot such as Jacques Higelin, Serge Gainsbourg and Jacques Dutronc. They helped me realise that the French Pop such as Claude François or Johnny Halliday were not the only style of music.’

Fact is, when it comes to music, words are always a barrier, in any language. Kraftwerk were German, but dubbed multiple different-language versions onto the same backing tracks to cater to global markets. Abba were Swedish, but evolved a kind of Euro-Esperanto made up of common phrases ‘Mamma Mia’, ‘SOS’ and ‘Voulez Vous’. To gain access to world markets other Eurovision European artists simply sing in English. Indochine don’t do that. They record in their native language. Accept them on their own terms, or not at all. Is that a deliberate statement? ‘Effectively, we only sing in French’ agrees Nicola emphatically. ‘Which can explain why Indochine is not as successful internationally as could be expected, unfortunately, apart from Scandinavia and South America – especially in Peru, where we had a great success which came to us as a great surprise. We did make some English and Italian versions of a few tracks. Maybe our record company should have been more pushy at the right moment? but the essential remains that Indochine is known in the world which is pretty cool.’

Yet there’s little that’s definingly Gallic about their music. As though the influences were more British and American than they were French. On his solo album ‘Dans La Lune’ (1992) Nicola covers not only Tears For Fears “Mad World”, but Sparks “Never Turn Your Back On Mother Earth”… and the Rolling Stones “Play With Fire” too! Some say the very softness of French pronunciation does not a good Rock fit make. Does it matter? That surely depends on the artist? How far do we wish to go back around the time-bend to Edith Piaf, Charles Aznavour, Sacha Distel, the wonderful Françoise Hardy, Téléphone, Air… Jean-Michel Jarre? Some critics compared Indochine to Cure. Best not go there. Touchy subject. But those sharp snappy guitars and drums, the snaggy little keyboard runs are less retro, and not a light year distant from Weeknd’s “Blinding Lights”. For the song “Pink Water” on the ‘Alice And June’ (2005) album, there are guest contributions from Placebo’s Brian Molko. Was that a good interaction? Are there parallels between Placebo and Indochine? ‘Brian Molko is a displaced European, a kind of rootless person like me. He’s English, but lived in Luxembourg. I’m Parisian, but lived in Belgium, so we have this feeling in common as well as sharing a passion for David Bowie. I’m a huge Placebo fan, I immediately loved them from their first album. We met and became friends. At the time I’d already written “Pink Water” in English with basic lyrics – a mixed bag of sounds, as this is how it came to me. So I asked him to help me finalise the lyrics, as it was clear this song would sound better in English. He agreed, on one condition – ‘OK, but I want to sing this song too’ and that’s how it became a duet.’

Another outstanding track on the collection, “Ladyboy” – with massed children’s voices, is also from the tenth album – ‘Alice And June’. Then standout “College Boy”, from ‘Black City Parade’ (2013) which is so uncompromisingly graphic in its depiction of homophobia that the video is prefaced by an adult-disclaimer, it carries the menace of the 1968 movie ‘If’, from muted whispered voices – ‘I realise it’s difficult to be so different here,’ into acoustic guitar strum, as it shows text and physical bullying while others choose to blindfold themselves and not witness it, as the victim is finally crucified, decorated with winking fairy-lights, shot at with pistols and tasers. He raises his head as the video closes and utters the single word ‘Merci’. Are there elements drawn from real-life experience here? ‘This is more inspired by (video-director) Xavier Dolan’s own experience. When we met and discussed it together he confessed that he used to be part of the bullies, so I think he used this music video as a form of redemption. When I wrote the song, through the lyrics, I wanted to expose moral and sexual bullying. We were going through a controversial time in France about Gay marriage – with some conservative people arguing it was unacceptable, and there were many outrageous discussions against homosexuality. All these things got mixed up and it became an incredible music video, the song helped a lot of people to raise their heads with a smile on their faces, feeling some hope and look forward to the future.’

Indochine has supported various political causes, Stop The War and Reporters Sans Frontiéres as well as Gay Rights, so is there a political context to their track “Belfast”…? What’s the story behind that song? ‘Actually, “Belfast” is a track about Sylvia Plath, a poet I really love. At first, it was the secret name of the song, and I finally kept “Belfast” as I thought that it had an incredible phonetic sound.’ The ‘Singles Collection 2001-2021’ marks the band’s fortieth anniversary, albeit with 2020 remixes and alternate piano unplugged versions. The ‘Voiceless Piano’ pieces have an almost classical quality that reveals the melodic beauty of the songs. Was that the intention? ‘Exactly! I am talking about myself here, but the statement is that one needs to know when to stop talking! I also wanted to prove that these melodies were worth listening to and very pleasant. These ‘petits pianos sans voix’ can be listened to quietly in a chalet with a fireplace as if you were listening to (classical pianist) Glenn Gould. It might seem a bit presumptuous, but I like the idea.’

For those of us who don’t agree with Brexit, and prefer to think we are all Europeans, with more to unite us than to keep us apart, Music builds bridges. Indochine, ca s’explique pas, ca se vit (it cannot be explained, it is lived). Belle, magnifique. J’adore Indochine.

View all posts by Andrew →
This entry was posted on 15 May, 2021 in homepage and tagged Andrew Darlington, INDOCHINE. Bookmark the permalink.