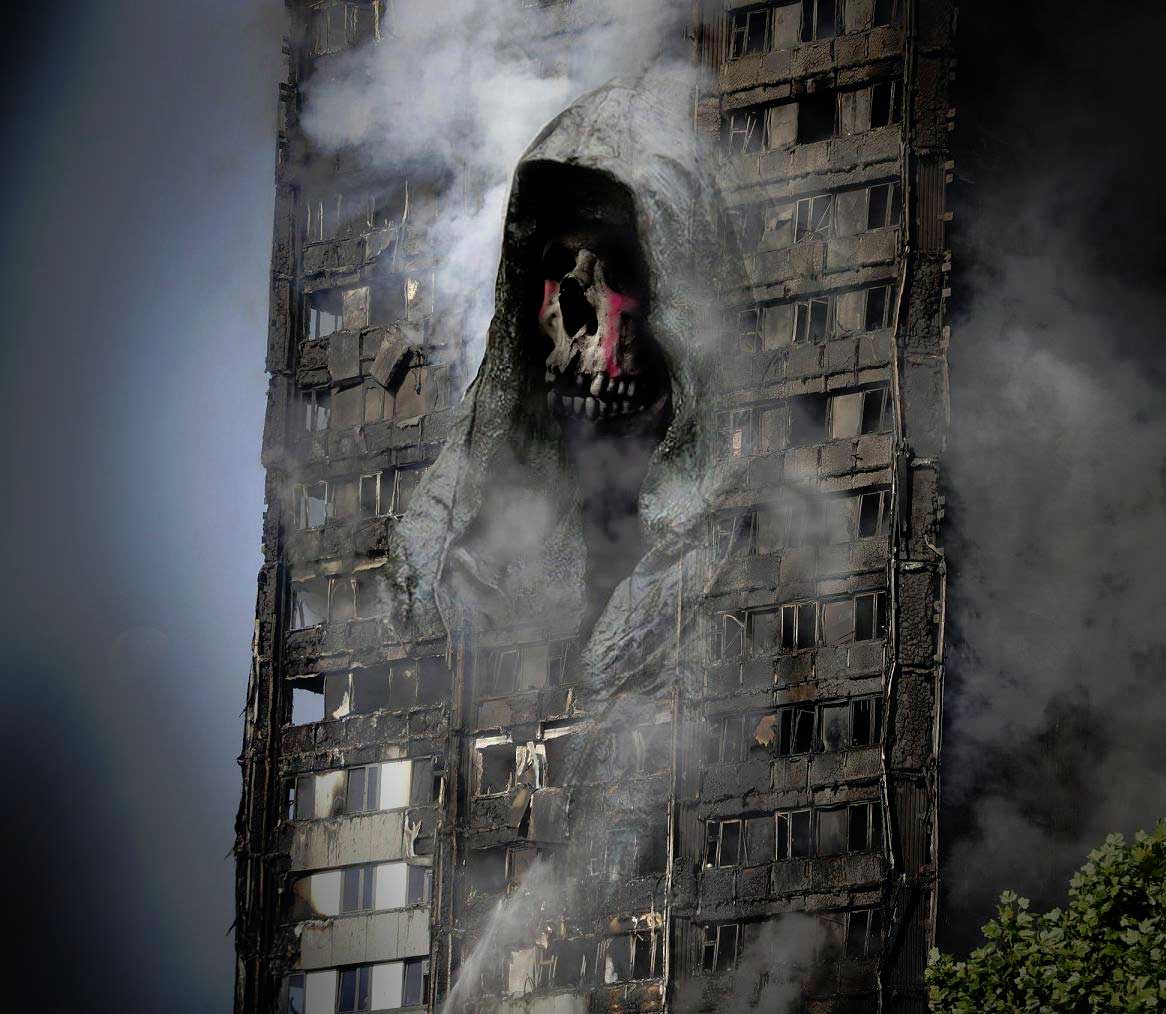 Coming from the same stamp and type that the English comedienne, actress and monologist Joyce Grenfell parodied, the current Prime Minister and confirmed wheat rapist, Theresa May failed to meet any of the survivors or relations of the June 2017 Grenfell Towers disaster. This poem is my small response:

She didn’t meet them. Cold air

Brought no calm to the fires.

Breezing in she met no one who’s

Suffering and loss was storm loud.

Only police and some of those fire fighters

Whose white flag of surrender

Came in the form of the following days

Our one official placed prime

In the pecking order, as the birds of night

And the chorus of dawn sang lament,

Briskly walked through the site,

Avoiding the scorn of the shattered

For appearance sake, seeing no one

But marking her own fast descent.

The void though was measured

As the community gathered close,

Showing at once the death of a system

That does not care if it’s people

Or calls for change meet the smoke.

When a building burns, all the shapes

That we construct to define us

Are seemingly crushed and abstracted,

Reverting at once to the page

That they were first doodled on,

Offering through the pen no protection,

Even as those who write and live still dream of it.

View all posts by David →
This entry was posted on 29 June, 2017 in homepage and tagged David Erdos, Elena Caldera, JOYLESS GRENFELL. Bookmark the permalink.