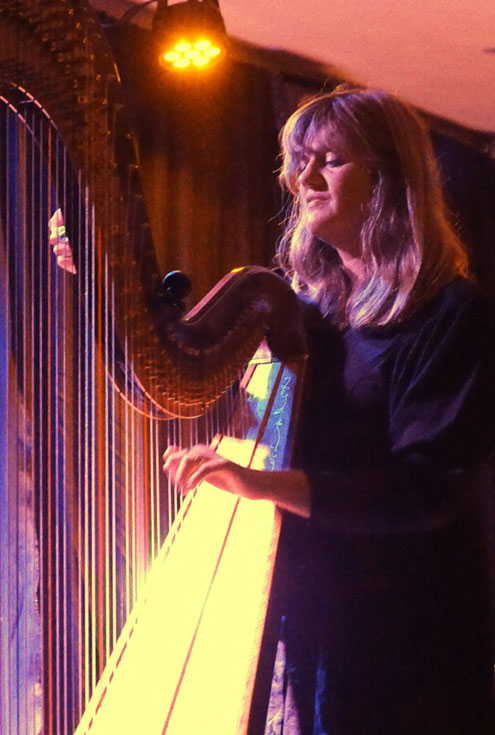 Cosmic, ethereal, waves of mega-bass and, err… ‘floaty’ and ‘off-planet’… An evening of instrumental virtuoso playing by two visiting maestros.

An intimate double-headed event on the penultimate night of the duo’s world tour.

Mary Lattimore is a harpist based in Los Angeles. She has collaborated with the likes of Sigur Ros, Harold Budd, Meg Baird, Thurston Moore, Kurt Vile, Steve Gunn, Jarvis Cocker and Neil Halstead. She utilises a control box to sample and interweave sounds of the harp into multi-layered and faceted soundscapes.

From Belgium, Ben Bertrand is a clarinetist and composer. Like Mary, Ben is also a weaver of sound, creating rhythmic modal patterns and a hypnotic web of audio-patterns. Both engaged with the enraptured audience in a shared musical meditation.

Wikipedia informs us that, “Mary Lattimore (born 1980) is an American classically trained harpist based in Los Angeles, California.”

To get some idea of her ‘sound’ as experienced live, here’s a short clip of Mary performing for a TV programme from North Carolina: ‘It feels like floating’: 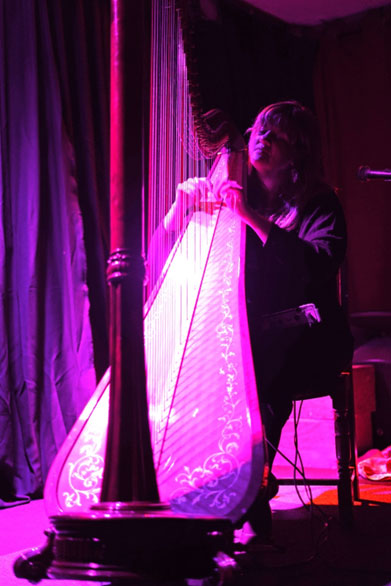 And, a personal favourite from the live set: 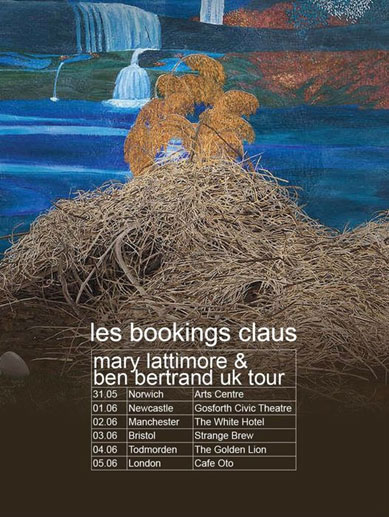 I rather think that the title of Mary Lattimore’s first album, ‘The Withdrawing Room’ from 2013 provides a hint of the timbre of her music. Complex, full of tonal resonances, and beguiling. She is an experimental artist, caressing her Lyon and Healy Concert Grand harp and effects box lovingly.

Much of her music is like a road trip, a journey with detours, lyricism, love, loss and even some dead ends. As a gig, it was very much ‘a recital’. An intimate concert, shared with, and imbibed by, the floor-seated audience. She also took time to recount some tales from her life as a musician, such as from her stay in Newquay to record her album with producer, Neil Halstead. It led to her continuing to be a long-distance pub team quizzer at the Red Lion pub during the Covid lockdown.

On the night, ‘Silver Ladders’ was another climax from her third album. Mary says that the album recorded at the “English surftown just before lockdown, the songs vivid memories against the gloom and glimmer of the ocean.”

Surrounded, indeed, almost engulfed in a sea of electronica, effects pedals and gizmos, Ben sat with his bass clarinet, blowing out his musical conflagrations. Strange, edgy sounds. Dreamscapes and sometimes even nightmares, and like Mary he’s a perfectionist. Hear for yourself: 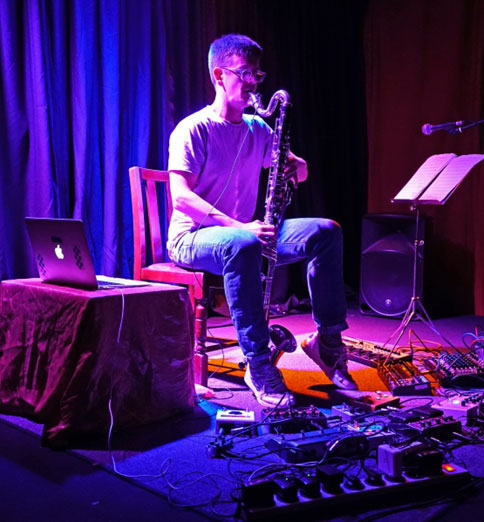 Here’s what it says about Ben on-line: “Brussels composer/musician Ben Bertrand modifies his bass-clarinet melodies with a battery of effect pedals thus creating unearthly dreamy compositions that could rub shoulders with the best work of Gavin Bryars or Jon Hassell. Minimalists like Steve Reich and Terry Riley are never far removed.”

Ben’s show was an intense affair. And like most affairs, it was at times, risky. The deep bass rumbles were unsettling as well as lovingly rendered. Ben has toured almost endlessly pre-Covid, particularly in the Netherlands, France and Belgium. His fellow compatriot from his ‘les albums claus’, Tommy from Stroom, explains at Bandcamp:

“There is an endless abundance of variations that the clarinet can use in changing the colour of a single note. As a privileged listener – and – experiencer, Ben Bertrand through his favourite instrument shared the musical blueprints with me, which resulted in this album. His music has become a vivid part of my almost daily thoughts – allowing what I hear to clash and sing with the patterns and rhythms already established in my mind. A voluntary trip, an absorbing experience in our Brussels vibrant cultural life.” 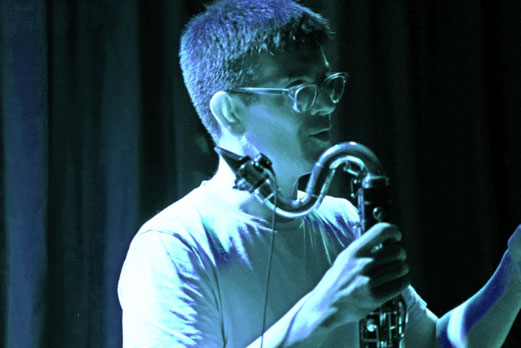 “His music, full of beauty, is good to listen to and pleasant to follow. A sense and perception of continued growth too illuminated and overwhelming to resist… Listening to his music is like sitting at the sea, watching a slow motion of our crazy life sailing by. You, as a listener, have stepped in at an early stage of his career, with hardly any involvement of other people, composition wise.”

Tweet
This entry was posted on 18 June, 2022 in homepage and tagged Alan Dearling, Ben Bertrand, MARY LATTIMORE. Bookmark the permalink.