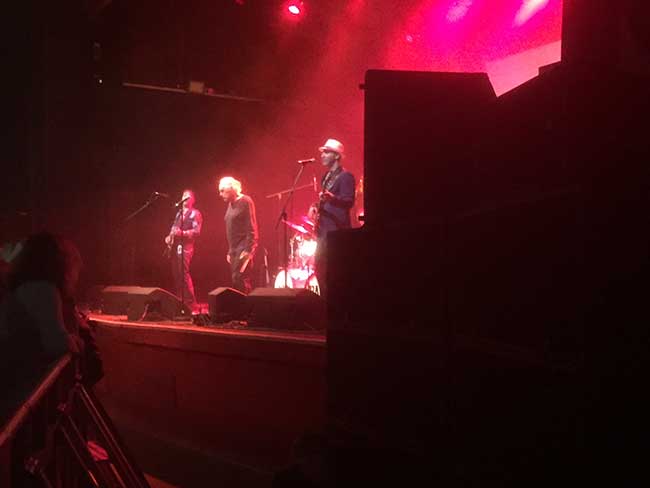 Malcolm Bruce, Kofi Baker, Will Johns with Pete Brown at the Kentish Town Forum,
Performing in part for two fathers, an uncle and a former partner in song;
The crem de la Cream with all of its mud flecked blues shining brightly,
After fifty years stirring the strange brew has settled to show how the flavours
Of present and past can belong.

In the work of the original four, comes the force that sets those present and past
Into Union; now the performing seismic trio find shadow in the loving regard
Of their sons; Kofi reverberates with his dad, from the style of his hair to his
Drumming, while Malcolm Bruce’s devotion extends the glory that his father Jack
Had begun. Will Johns is Eric’s nephew and he sounds his strings in full honour

Of the crafted noise and the power that those who came before left to seize.
Tonight the crowd take it all, these former teens primed by pensions,
Casting the years to their children who cast it again through time’s breeze
Which seems to bind the whole room to the memories Cream engendered;
Premonitions that the bloom’s urgent power would soon be transcended

By that coarseness by steel and effect. The songs come thick and fast
Each with muddied thumps, scorched dynamics. Three songs in ‘Badge’ shines
Brightly, acting as a kind of shield as we listen, for those starting again
In lost bedrooms to take on whatever it was coming next. Malcolm echoes
Jack’s bass which seemed to be able to speak any language.

As he Communicates with his father, new extensions and forms soon appear
They duet perhaps and the superimpositions are striking with the men on screen
Now much younger than those who followed them, carving air. Here then are
The shapers of sound their fathers drew from the mountain, stepping across stones
And pedals to pay reverence for the gods that made the surrounding rock sing

And vitally changed that first landscape, across which these new riders
Are attempting to restore everything. Fifty years of sonics now chime having
Set the dark Its first challenge, ‘whether getting near dawn’ or midnight
A new energy is returned. Johns braces the Crossroads, Bruce Brews
While all three press the warthog, before Toad too comes to total

The demands of distance between those the flesh spurned. Baker drums in a dream
He may well have had of his father who moves silently with him as he cojoins
Stage and screen to connect. Then Malcolm’s daughter Maya appears carousing
Two voices back for her Grandad, as the family unit calls clearly disrupting
The dark, love reflects. Pete Brown takes the stage painting the white room

Again with abandon adding reinvigourated voice to the lyrics that allow
The resources in song to shine bright. The reunification charms all, along
With the openness also, as what was classic suddenly becomes everyone’s.
From the legacies fathers grant, or at the very least father figures,
Come celebrations and echoes of the beauty begat by the sons,

Who despite what was real, or what was lived reclaim glory
From the myth of musicians who have made legends last across years,
Songs that were formed from a blues and jazz structure
Achieve fresh shape and colour through the congress of heart, mind
And ear. The cream rises, it spreads and bestows the sweet flavour

Of love’s last long echo resounding forever
And sparked by the fire whose first breath now fills us,
Shared in attendance by those who will listen
To the ghosts of great music
That these fathers and sons hold so dear. 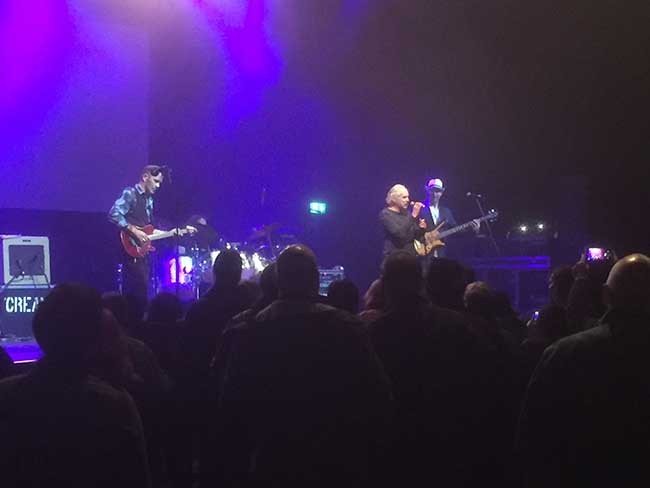