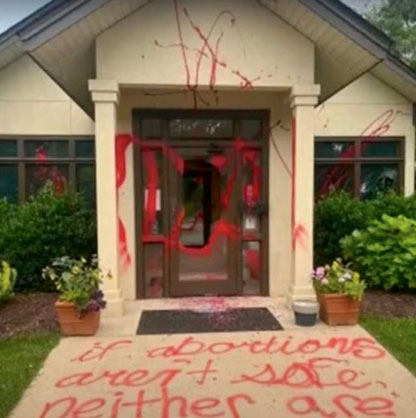 AN AUTONOMOUS CALL TO ACTION AGAINST PATRIARCHAL SUPREMACY

Within the month we anticipate a verdict will be issued that overturns Roe v Wade, setting in motion an evisceration of abortion access across the so-called United States.

This is an event that should inspire rage in millions of people who can get pregnant…and yet, the response thus far has been tepid.

We have agonized over this apparent absence of indignation. Why is it that we are so afraid to unleash hell upon those who are destroying us? Fear of state repression is valid, but this goes deeper than that.

Your anger has been stolen from you.

To this we say: no more. We need to get angry.

We need the state to feel our full wrath.

We need to express this madness fully and with ferocity. We need to quit containing ourselves.

We need them to be afraid of us.

Last week, an evil creature slaughtered 19 children and two teachers in their classroom in Texas. While some may call this horrific act “senseless” or “random,” we know that’s not the case. We know that this was an act of male domination and patriarchal violence, meant to make women, children and teachers live in fear. We know it is deeply connected to the reproductive violence about to be unleashed on this land by an illegitimate institution founded in white male supremacy.
We cannot think of a clearer example in this time of the need for autonomously organized self-defense networks. We cannot think of a clearer example of the desperate need for those who can get pregnant to learn how to confront misogynistic violence directly. We also believe this unlearning of our self-containment can begin in the streets when we organize alongside one another to confront state forces of evil and domination.

Several weeks ago, we watched and waited as self-proclaimed “feminist organizations” and non-profits took the lead on arranging their demure little rallies for freedom. We were told to let them handle it, and to defer to the political machinery that has thusfar failed to secure our liberation. In a world where the news media has an attention span of about 24 hours on their best day, we knew these hollow gestures would fail to capture attention. We knew we were witnessing counterinsurgency in action. We cannot sit idly by anymore while our anger is yet again channeled into Democratic party fundraisers and peace parades with the police.

We were even told we must cooperate with them because they work alongside abortion providers and clinic escorts…a group of people who, at this moment in time, cannot possibly risk their lives or their livelihoods any further than they already are. We honor these providers and their service. We do not honor those who would use them as a shield against direct and militant action. We believe the greatest honor we could give them would be to act meaningfully in their name.

The time to act was decades ago. The next best time is now.

Whatever form your fury takes, the first step is feeling it.

The next step is carrying that anger out into the world and expressing it physically.

Consider this your call to action.

On the night the final ruling is issued——a specific date we cannot yet predict, but we know is arriving imminently——we are asking for courageous hearts to come out after dark.
Whoever you are and wherever you are, we are asking for you to do what you can to make your anger known.
We have selected a time of 8pm for actions nationwide to begin, but know that this is a general guideline. There may be other considerations involved in planning time and place. We do not claim to speak for every community or crew. We are simply calling out to you. And we hope you answer our cries.
To the cis male allies who would be interested in joining us in the streets, we say: you are certainly welcome, but you must use your privilege to shield and support us in a way that also enables us to get angry. Do not police us. Do not tell us what is and isn’t appropriate. But do aid us when we are in need.

We must also say: do not wait until the verdict arrives to organize.

Make plans now. Take action now.
It is not enough to share images on Twitter and Instagram (though that is still important to do). We cannot sustain this movement any longer with the same few hundred people who have been beaten down over and over again. We must not only circulate this call on social media, but reach out to communities who may not be in touch with “radical circles” online.

We would not be issuing this call if we did not believe in our bones that this kind of action *is* possible. We have witnessed the wom*n of Argentina, Mexico and Poland organize autonomously for their reproductive liberation. We know it can be done…but we need every soul reading this to do their part.

To those who work to oppress us: If abortion isn’t safe, you aren’t either. We are everywhere. 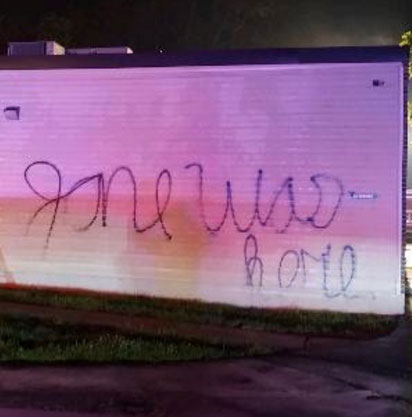 Tweet
This entry was posted on 25 June, 2022 in homepage. Bookmark the permalink.