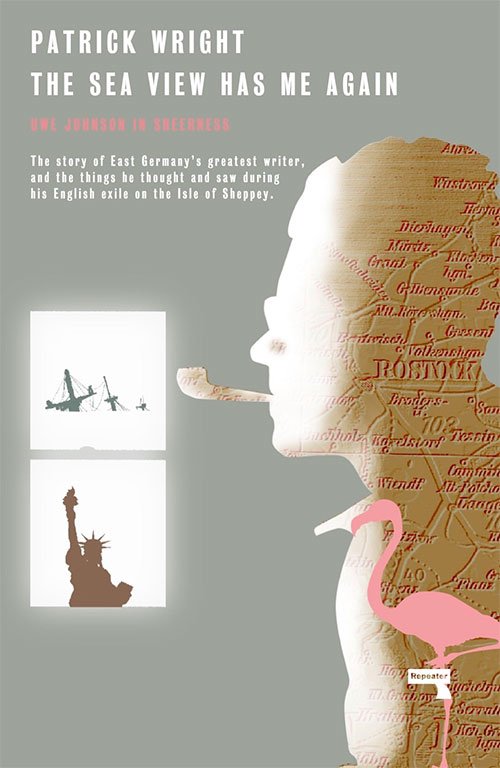 I came to Patrick Wright’s books through his association with psychogeographers such as Ian Sinclair, but truth be told Wright is more of a social geographer and cultural historian than a psychogeographer, much more rooted in non-fiction than conjecture, mood, myth and memory.

The Sea View Has Me Again is subtitled Uwe Johnson in Sheerness, but Wright mostly uses the German writer Johnson (previously unknown to me) as a hook to hang his story on, but also to facilitate an outsider’s view of this estuary town in out-of-the way Kent. Sheerness is a place that for a while became a seaside resort for East End Londoners, it remains a refuge for those who wished to be off the radar, for ex naval workers, minor criminals, gang members and those seeking cheap housing. Sheerness was built in tidal water and on mud, behind a sea wall; a makeshift town built by individuals colonizing plots of land sold cheap to them.

It remains a place of poverty and struggle, a place where people are openly racist and resistant to strangers, a place where everyone voted for Brexit. But it can also welcome those who stay and don’t question: Uwe Johnson appears to have been one such resident who found acceptance by keeping himself to himself, his nose clean, and donning a false name (‘call me Charles’) when he visited the pub and shops. He was struggling to finish the fourth and final part of his major opus, Anniversaries, and sought refuge away from New York where he had been living for many years having left Germany long before. He brought his wife and child with him once had found the house he bought, but eventually even they would move out and leave him to write, drink, think and eventually die.

Wright’s book is full of intriguing detail and evocative description, which brings to life both distant and recent history, and proffers a wealth of strange characters and bizarre happenings. The constant ebb and flow of the river, work, money and local politics animates the stories, with the researched but often conjectured viewpoint of Johnson contrasted with official records and Wright’s own contemporaneous visits and observations. Sheerness is clearly a microcosm of much of Britain and Wright isn’t shy of pointing out the contradictions and confusions of government funding and cuts, business and political broken promises and lies, the ongoing effect of neoliberalism, and the aftermath of Brexit. It’s fascinating and highly readable stuff. 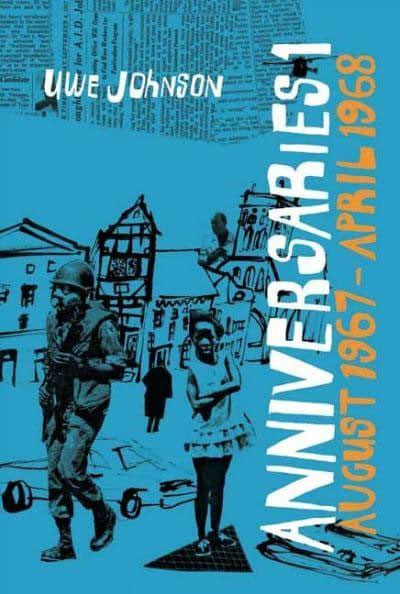 It also made me want to read some Uwe Johnson. His best-regarded book is Anniversaries, originally published in four separate books but now gathered up, translated and reissued as a two-volume set. It’s a fantastic sweeping overview of the late 1960s, with a mother and daughter living in New York City as the main characters but also going back in time to previous generations living in Germany, and embedding local and international news as reported in the New York Times. The city is brought to life just as much as Gesine and her daughter Maria are; history and current news (within the time frame of the book) offer the social context of the novel’s stories, and make us question the effects of war, poverty, democracy, Stalinism, Nazism, business and displacement. At 1600 pages it’s neither an easy or quick read, but it does seem to justify some of the amazing claims reviewers have made for this work, including it being ‘one of the world’s great novels’.

View all posts by Rupert →
This entry was posted on 11 December, 2021 in homepage and tagged Anniversaries, Patrick Wright, Rupert Loydell, The Sea View Has Me Again, Uwe Johnson. Bookmark the permalink.