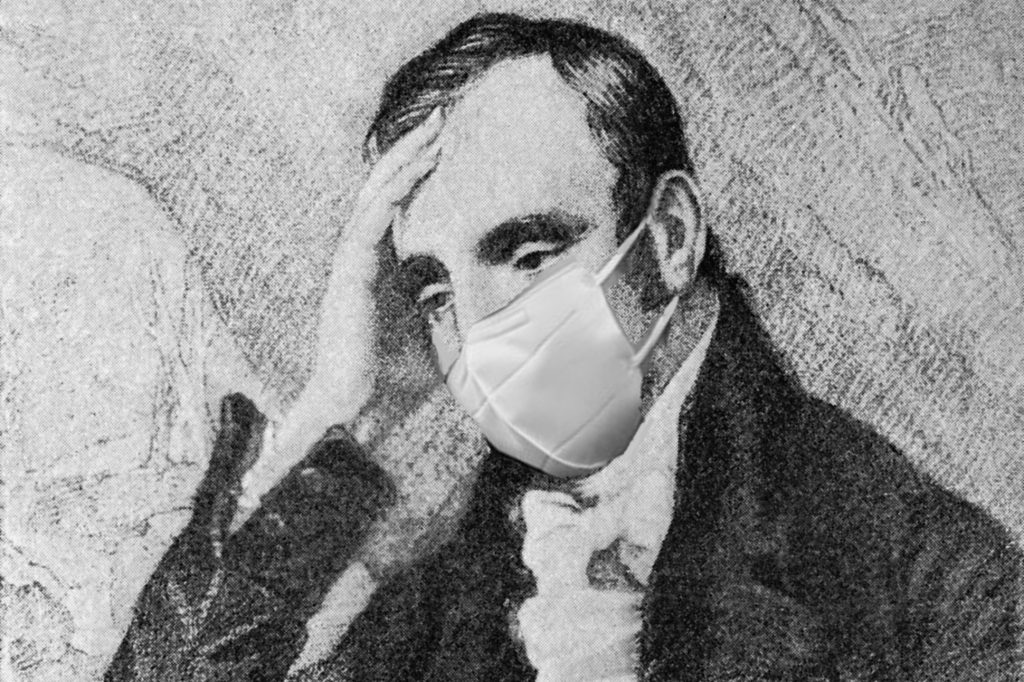 England! The time is come when thou shouldst wean

Britain, the time is now to wean yourself from
hoarding fancy food or panic buying bog rolls.
It’s hard. Old routines are unsettled. Seedy spots
where you trespassed (camera phones in one hand),
idly watched at bridle-paths for meat-wagons
freighting broad-bodied flesh, are shut, policed
by drones. If in Italy, Spain, France, Germany,
they falter, how will proud Brexit Britain fare?
It lost the email inviting it to share with them.
We self-isolating ‘get well’ card rhymesters
(the abject position of the contemporary poet now,
according to the press, and even some bards;
we must soothe and smooth the national mood) gift
Bo our best wishes: Our prime hopes rest with you!

Vanloads of libertines, playboys of Kent,
you once set your calcic frowns against
France’s toothless coast! Now’s the time
to prove you’re rock hard tarts! Let Gillray’s
Bum-Boats dump the last of your hops. Those
French hear your brave woodland shouts for show
as you roam, single, in self-distancing self-love;
they watch your glistening lance throb
in your (well-washed) hand, as you film
an isolated maiden in a mask. (‘She’s a nurse!’)
No partying now: we’re ramping up mass testing,
damping down individual urges. In breathless
Bo’s Britain, each stay-indoors chartered street
is mothballed in his notional socialism.

Tweet
This entry was posted on 2 May, 2020 in homepage and tagged Claire Palmer, Robert Sheppard. Bookmark the permalink.