RDF, Featherteeth and the Yoghurt Weavers

Live at Upstairs at Monty’s, Todmorden, West Yorkshire with Alan Dearling and his cameras… ‘We lived, we loved’:  Chris Bowsher with the Faction: https://www.youtube.com/watch?v=MaJ9irr2FtM

RDF are the ‘real deal’ in a parallel universe where poetry-collides with punk-dub. A world of crusty Travellers, a world full of dreadlocks, RDF are legendary ‘ordinary surplus people’. Yes, indeedee. Political, street anarchists. Chris Bowsher is thoughtful and wise. But, on stage he’s almost a stick-insect-like, Gandalf-figure. Originally set up as Military Surplus back in 1986, RDF morphed into something more akin to a ‘movement’ than just a band.

There’s been so many people in the RDF ‘family’ that even Chris is uncertain. He told the audience that some of today’s RDF members are still learning the songs. In fact, there have been at least four line-ups of Radical Dance Faction over the last months – with illness and especially covid taking its toll. 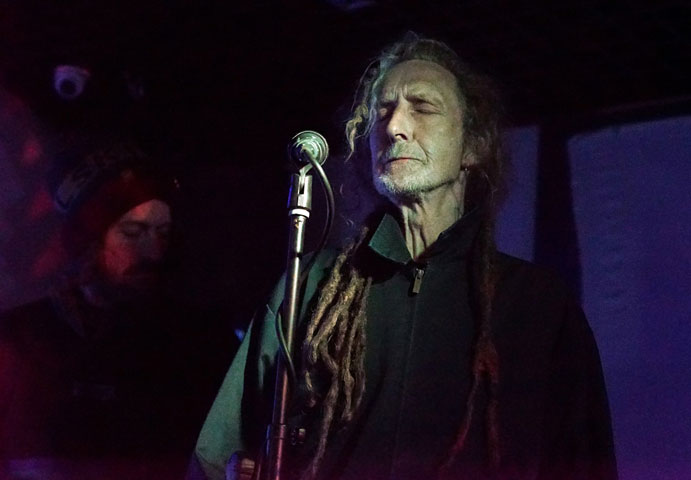 Chris is a real deep thinker and we chatted before the gig about the war in Ukraine. How getting even to some semblance of ‘truth’ is so tricky, as the UK media tell the story of the war entirely from the side of Ukraine being ‘good’ and Russia as ‘bad’. History will probably tell us a messier and more complex set of tales.  Chris Bowsher’s lyrics, are always spoken. Many in the audience knew many of these lyrics, singing and chanting along. Chris deals in political ‘stories’, ‘street stories’. One of his most famous examples is ‘Chinese Poem’, which describes events in the Tiananmen Square protests of 1989. Likewise, ‘Hot on the Wire’ is about the Hungerford massacre, which is a first-hand account from Chris.

RDF friends enjoy a good ol’ crowd cluster on stage and many enjoyed their moments of fame on the stage at Monty’s.

It was great to catch up with Chris again. So many of the old Traveller Convoy bands have left the music scene or have become mainstreamed. But RDF are indeed the ‘Real Deal’. 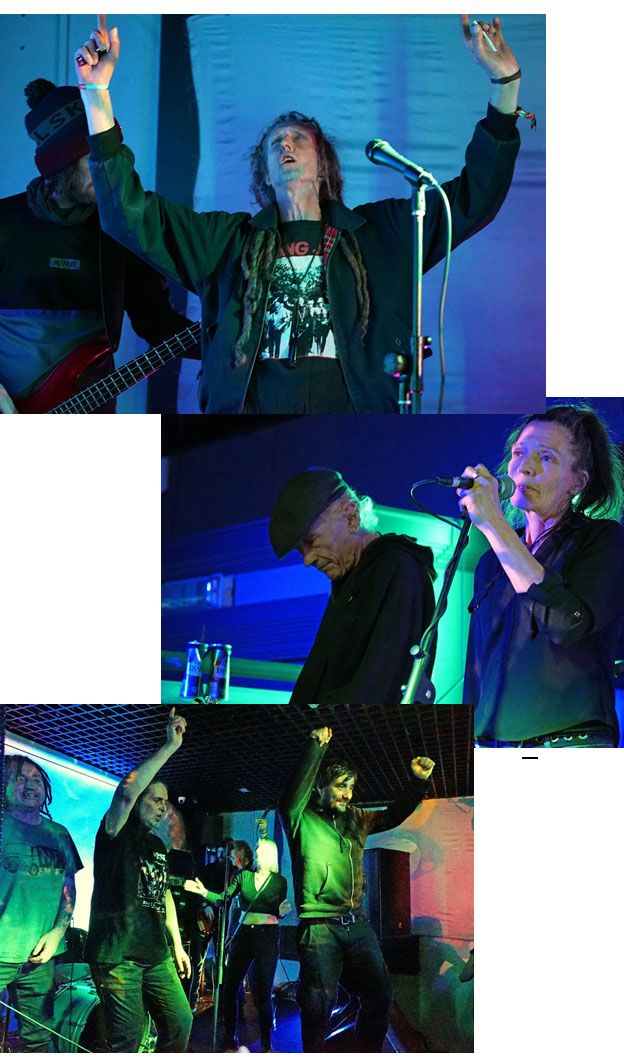 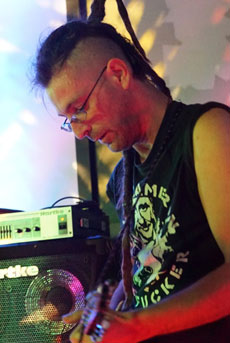 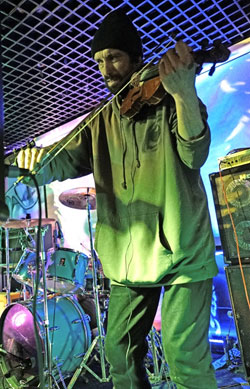 Featherteeth opened the night. Tuneful, mildly psyched-up songs with catchy ear-worms. Something of a treat for the audience who arrived early on. Some nice musical moments with plenty of fiddling and a melodic mixture of folkish playing. Going late on stage, the Yoghurt Weavers were boisterous and noisy. Fun and funny in equal measure. I’ve met up with drummer, Dan, in various bands over the years and it’s the first time I’ve seen him on stage with this outfit. A Lancashire-based electric/acoustic band who play original material and have successfully performed at festivals, gigs and fundraisers all over the UK since they were formed in 2014. ‘The party dunt stop’ appears to be their new single. Rabble-rousing! 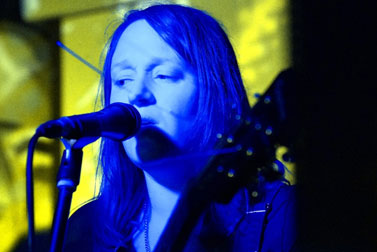 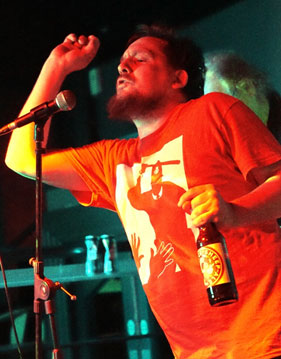 And, for the lively, colourful audience there was ample opportunity to dance and jig about to reggae and dub from Nicky Moore, then later on, some massive EDM sounds with Djs, BFM. 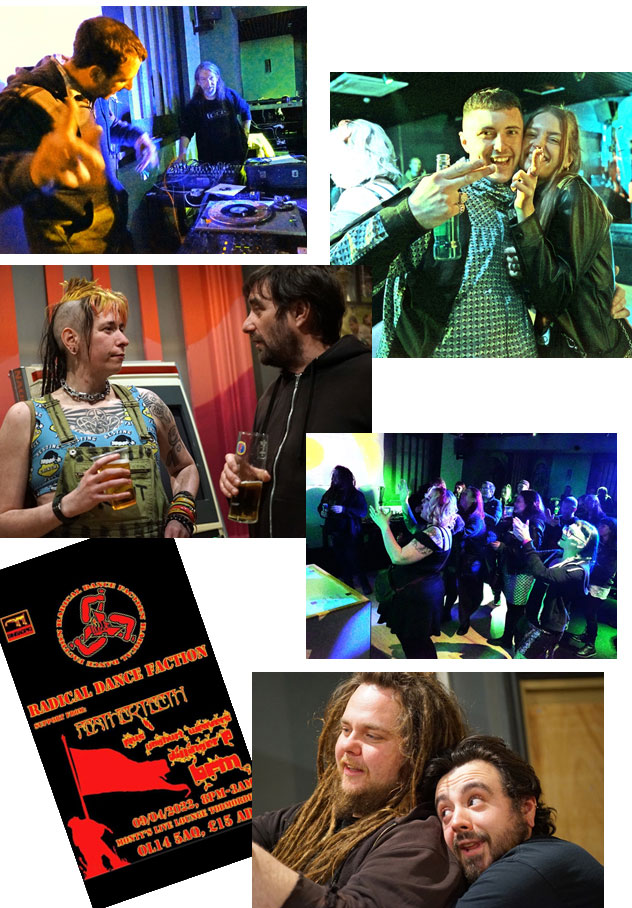 Tweet
This entry was posted on 23 April, 2022 in homepage and tagged Alan Dearling, Featherteeth, Radical Dance Faction, The Yoghurt Weavers. Bookmark the permalink.