Posted on 9 January, 2014 by ClairePalmer The Exhibition features over 25 Collagistes from Europe, America and The United Kingdom.
Showing in 4 Interconnected Galleries, two which are 35ft long x 22ft wide.
They call themselves Collagistes!
Free Entry
Private View : BY INVITATION ONLY
VENUE:
35 MARYLEBONE GARDENS
MARYLEBONE HIGH STREET
LONDON W1U 4QA.
DATES :   5th – 8th  February 2014
The Venue, in Central London, just 10 minutes away from Baker Street and Bond Street Tube Stations and is served by the large number of Bus Routes that take in Marylebone Road and Oxford Street .

1967; an album was released, the cover art of that album has become almost as famous as the album itself. That artwork has been analysed, debated, investigated and celebrated ever since.The artist was already an artistic household name.
The Album? :  Sgt. Peppers Lonely Hearts Club Band by The Beatles.
The Artist? : Sir Peter Blake.
His Art form? : COLLAGE. An incredible Artform !
In the 1970’s, on the White City Estate, a little Caribbean boy would cut out pictures of the beautiful African American women from the pages of his mother’s EBONY Magazine ! She says,
“Why you a-cut out de pictures dem ?
Look ‘pon me Ebony! Wha’ you ah do?
Artwork …. !? Alright.. show me when you done !”
Now he (Tony Gohagan) is the Founder and Curator of an exhibition of international ‘collagistes’.

An Art for Our Time
Often with significant art movements, they co-incide with styles of music and literature of the time. We are increasingly living in what’s referred to as a ‘mash-up’ culture: Collage reflects this. All over planet earth, for eons, people have been making Collage, from hand paintings in pre-historic caves, to Picasso and Braque and their contemporaries; Kurt Schwitters and the Dadaist Movement in the 1920’s; Cubism, Surrealism, Bauhaus – on to Richard Hamilton, Robert Rauschenberg and Sgt Pepper fuelling the Pop Art movement and shaping the imagery of the 1960s…

* * *
Some of the exhibitors in ‘Return to Splendour’… 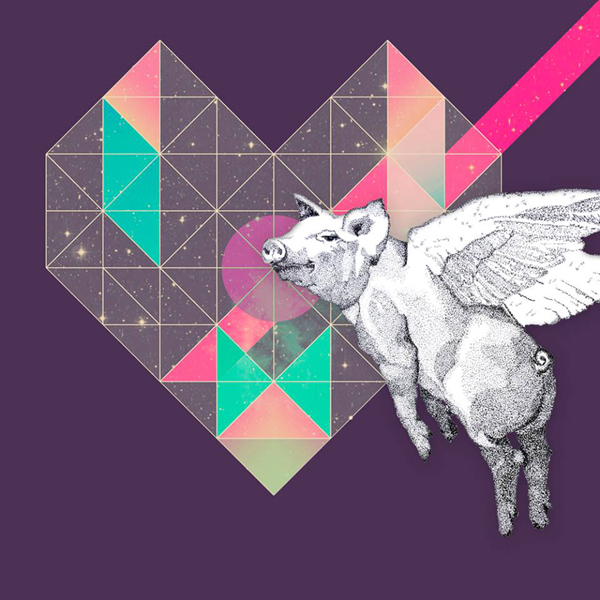 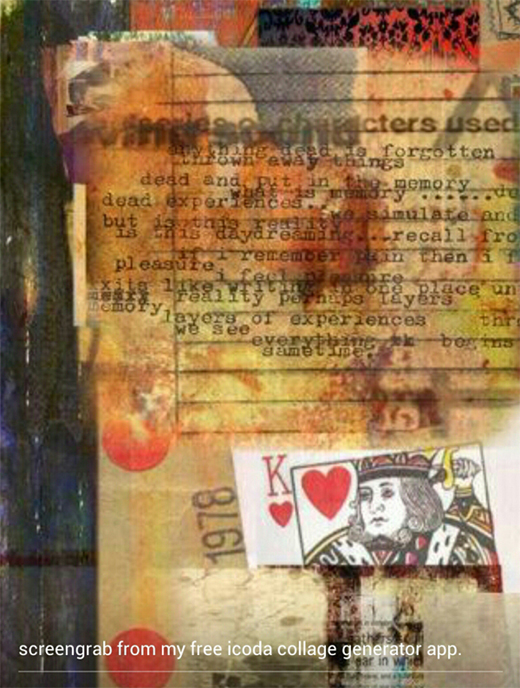 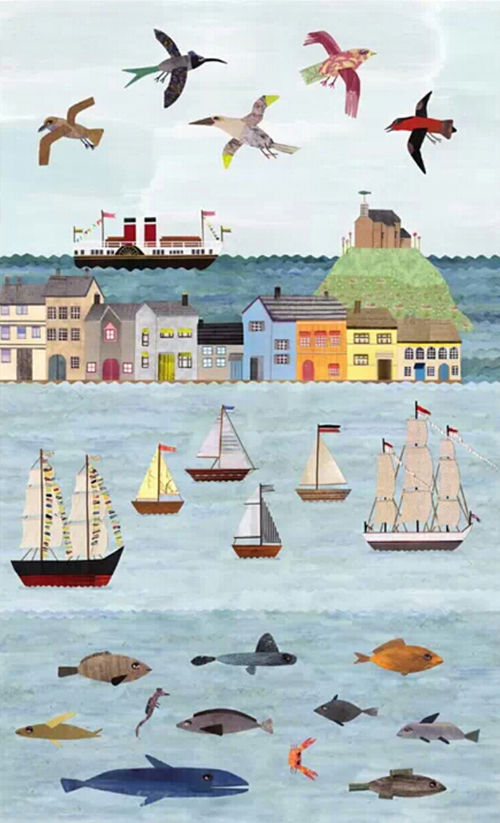 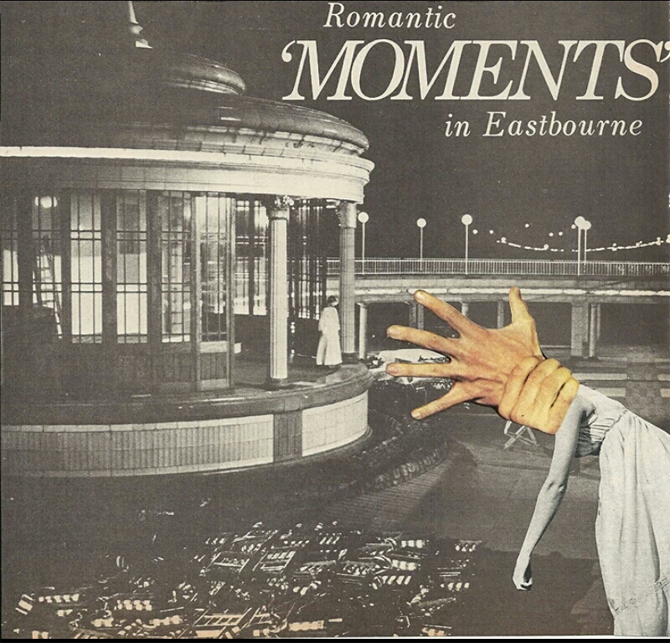 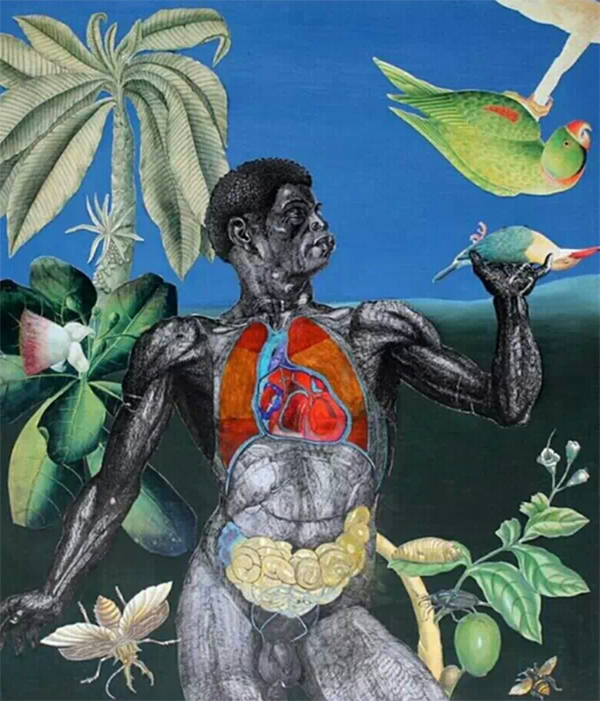 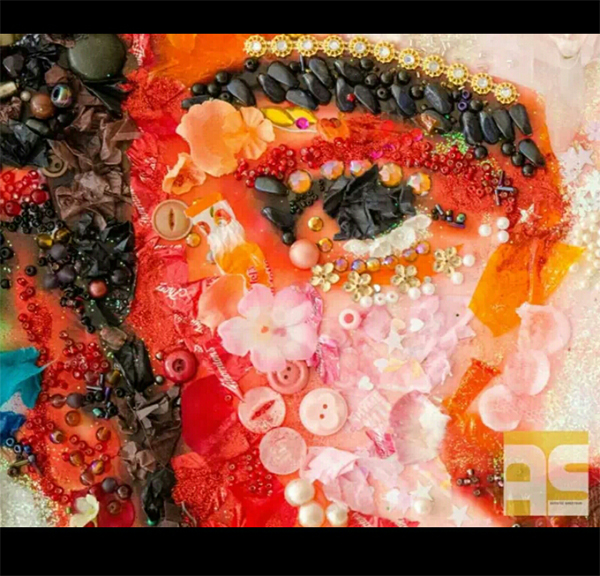 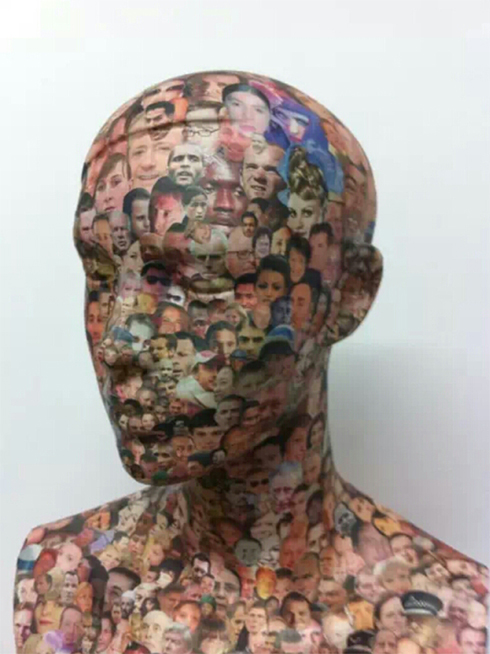 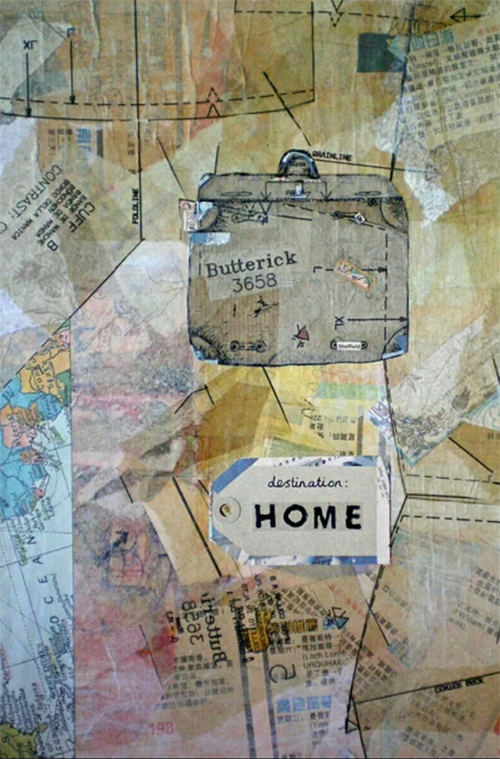 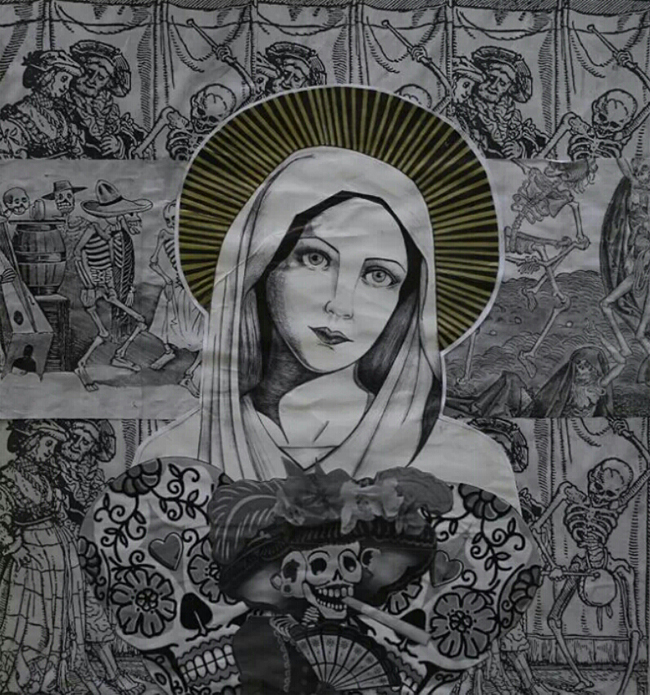 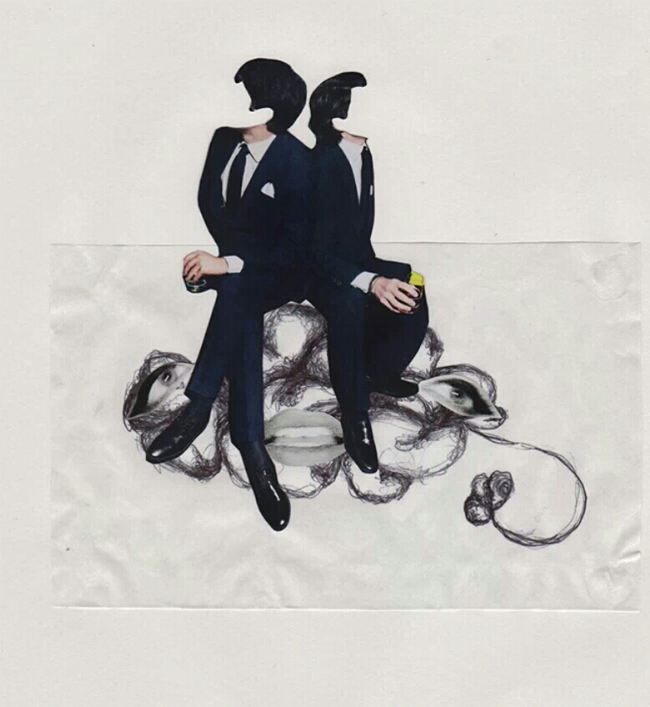 The Venue:
Marylebone Gardens  (former home of BBC LONDON NEWS) is occupied by Theatre Delicatessen, a Charity specialising in  Fringe/Alternative Theatre, offering Performance and  Rehearsal Space and Studio’s for Artists and Arts related companies.
They recently branched out into holding Art Exhibitions. The first Exhibition held in October 2013, The Touch Art Fair, was aimed primarily at the Partially Sighted and Blind, – Jake and Dinos Chapman contributed their new  4ft x 3ft sculpture, “Skull” in the Exhibition.
Additional Information -:
COLLAGISTES COLLECTIVE:
Founded by Tony Gohagan and Cola Chen
December 2013.
Return to Splendour is our first Art Exhibition.
Tony was co-founder of The Gospel Art Gallery, in London 1993, and ran that enterprise until 1994 with  Printmaker/Painter Cornelius Browne.
COLLAGISTES COLLECTIVES’ main aim is wider exposure, utilisation, attention and appreciation of and for primarily British/European Collagistes: in the Spirit of London, we aim to take the initiative, to create opportunities; to fill the seeming void that is left gaping by the established art world, by Organising Exhibitions in wonderful, unusual Spaces, placing the work of Collagistes Collective’s Members in Boutique Hotels, gaining them Commissions with Record Companies, placing their Works in Films, Music Videos, Advertising (editorial and t.v), Bars, Clubs etc.
A Website is also aimed to be established, featuring the Work of Members, Links to resources and a Shop.
Hopefully, Collagistes Collective will work in the community, hosting Workshops, etc. as well
Biography
About:
Tony Gohagan-
He is a Collagiste. He Signs his Work ‘fg’.
Curator and Organiser: Return to Splendour
Founder: Collagistes Collective
He has wide experience in Live Music Event Organisation/Hosting, Creating various Events, specialising in  OpenMic’s, Including ‘Camden Jam’ between 2003 & 2006.
In 1996-99 he worked with Independent Art Gallery Uncle Grey Presents, in Hoxton, and was Assistant to Head of Public Relations of Truman Brewery’s Vibe Bar, in Brick Lane. He also created, collaborated and participated
in various Events in the Hoxton area.
Cola Chen-  She is a Multi-linguist and Graduate of Sichuan International Studies University.
She previously worked as Executive Manager at Shinyway International Ltd a leading education, training and career planning advisory organisation in China.
Director of Communications: Return to Splendour
Co-Founder: Collagistes Collective.
Currently her work includes organising and  implementing conferences and events for executive medical consultants and public relations.
Tweet

One Response to Return to Splendour