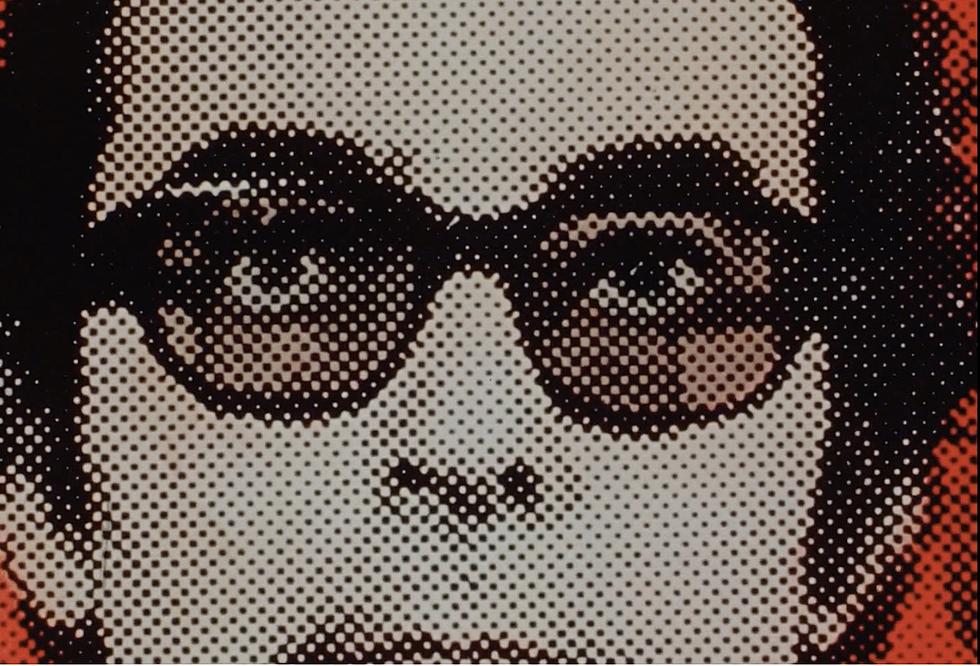 Jean Luc Godard dies and takes film-future with him.
Breathless once more, he’ll stay frozen as part of the truth
He first coined. One of the 24 frames which enlarge
Film’s scope and span for each second, while revealing

Academia in the edit as learning and life are cojoined.
Godard revolutionised film, and within the nouvelle vague
Form found focus. By tracking between language levels,
Image and word were entwined. He seemed to peel celluloid;

‘Onioning’ it to prise meaning from the papped pulp
Of most others, to make a kind of cinema for the blind.
His films are essays, lectures, demonstrations and exhibitons.
A prolific parade of invective in which the viewer

Practically becomes the auteur, as they learn to disseminate
First, as creators must from the mires made from tradition,
And convention if they are to fashion the kind of look
(or luc) Jean preferred. He was restless, and changed

Both style and perspective. From Alphaville’s starkness
To One Plus One’s coloured Stones; where revolution was cut
Into Sympathy for The Devil’s recording, and where even
The implicit dare in that title provoked anarchy’s vibrant

Throne. From Masculine Feminine. Le Petit Soldat,
And Hail Mary, to Goodbye to Language, Filme Socialism,
And Vivre Sa Vie: each entry a change in not only French
Film’s Lingua Franca, but within the eye’s language for any

And every country. Jean-Luc Godard provoked. He was
So much more than a movement. He was a city-state
And a nation, an attitude, a new art, residing in film
Yet projecting out to all thought-forms, messages made

For high branches and for basements where bombs
Born in anger were then studiously pulled apart.
He raged against all routines, crushing feeling itself
Into corners, there to skull-fuck it, until the kiss

That came next was dark eyed. Whether through the cannibalistic
Recourse of Weekend, or Belmondo’s wild abandon, the visceral
Streets of Detective, or a Bande A Part’s Western chic
Godard irised in, through both long-shot and close-up.

His anti-story style telling stories that no other author on Earth
Could complete. The Godardian camera is poised,  as well as
Impatient. As he dared the notion of dreams and their dazzle
His lightning like thoughts struck like bolts. As he literally

Visualised words and the impositions within every image,
As he cuts between cloud and city with a weather like will,
The eye jolts. He used film as paint and also ink, image-writing.
His mise-en-scene, a miasma, as early on in intent, the colours

Stay sharp. Even black and white film does not dull them.
His energy startles as you try to discern what he meant.
He is not like Lelouche, Chabrol, Renoir, or his former friend
Francois Truffaut, with whom he quarrelled, and who was

The great cineaste. Godard to me, was much more the Man
In the iron mask, a la Dumas, clawing at the frame which held
Captive all conventional thought. The true task was to evaluate,
Charge, change, and create a new medium for the message

Where what we see elevates us as meaning and myth
Are combined. We lived and loved ancient ways. Godard
Fondled the flicker to manipulate light’s God-like function:
To project the possible in all minds. Each frame truly matters

And now, his living breath shattered, JLG is at rest
And projected in the pieces of film he defined.

View all posts by David →
This entry was posted on 17 September, 2022 in homepage and tagged David Erdos. Bookmark the permalink.