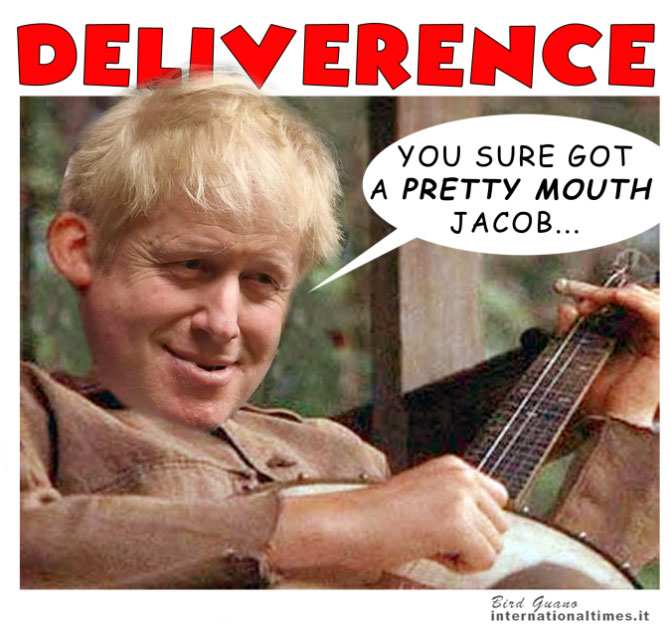 Just for a change I thought I would remind our readers of some of the great movers and shakers associated with Hastings, although this column will in future be dedicated to the lesser known, the obscure, and the occasionally non existent.

READER: Famous people of Hastings? Surely you’re not scraping that barrel again?
MYSELF: Shut up. You might learn something.

DAVID BECKHAM lookalike Bob Lampwick was born in Chiswick, West London, and still has the radiogram his mother purchased during the blitz from an old lady in Cockmarlin, just 90 minutes drive from Hastings.

SIR CLIFF RICHARD (real name Sir Harry Webb), is actually an Indian! (Although not the sort who surrounds wagon trains and waves a tomahawk). Born in 1882 in Rangapanga, India, Cliff emigrated with his family to England in 1949 where his parents Vic and Vera Gupta, named their first shop Webbs Greengrocer’s (sic). By 1962, they were able to finance Cliff’s first 45rpm recording Move It, beginning a chart assault which would last fifty years! That groundbreaking piece of vinyl would have been available at Ribbentrop Surgical Supplies situated in nearby Upper Dicker – which is still standing to this day!

ALISTAIR CROWLEY practiced his particularly evil brand of black magic in a haunted house in Hastings, which has now been exorcised and turned into a scientology centre. He always carried a live bat in his underwear, and often sacrificed kittens at midnight on Easter Sunday dressed as the Virgin Mary. He once swore in church, and reputedly would remain seated on crowded trains even when there were ladies standing.

CHARLIE CHAPLIN, was served with a paternity suit by 17 year old Clarrissa Rumsfeld of Hastings, who in 1923 was working as a tram conductress in San Francisco. It was on the number 38 that she was spotted by the Serial Shagger of the Silent Screen, who would frequently ride the streetcars in disguise, trying to get away with paying half fare. The tiny tramp was so impressed he decided to give her a “screen test”.

DAME SHIRLEY BASSEY the Tiger Bay cork-popper wrote her big hit Something on a chip shop serviette using a souvenir pen from Hastings. It featured on one side a hula-hula girl  who’s grass skirt disappeared when you pressed the button on the top, and had “Aloha from the Sussex Riviera” written on the cap in pink glitter, which glowed in the dark.

ALEXANDER GRAHAM-BELL invented what we know today as the telephone. His first call was to a friend in Hastings he hadn’t seen for 25 years. They chatted for over an hour, and Alexander’s first bill came to £5/19/11d (plus line rental), a whopping £2,352.47p in today’s money!

GOD THE SUPREME OMNIPOTENT BEING, was a welding apprentice in Hastings before he decided to create the world over 3,000 years ago after being made redundant.

MAX BYGRAVES the patronising cockney sparrow, played Hastings’ White Rock Theatre in July 1965, where he not only refused to give me his autograph, but told my wife she had a face like a bag of ferrets.

LARDLESS
There is nothing else
more guaranteed
to make me run a mile
than the over valued running shoes
and patronizing smile,
the encyclopaedic sinews
all outside instead of in,
all the stringy little bits
that should be underneath the skin
although their clothes are mostly off
you would prefer they put some on
they are the Lean and Lardless Ladies
of the London Marathon

Although their shoes are manufactured by
the slave trade they abhor
and they’re sponsored by the burgers
that they boycott more and more
they will bore you to submission
as they slip their singlets on
they are the Lean And Lardless Ladies Of The London Marathon.

UNVENTIONS
After the introduction of seagull-proof bags for wearing over the head whilst eating fish and chips, Professor Gordon Thinktank has offered the town council another of his innovative inventions, The postman-proof pillar box.
Hastings & St Leonards Warriors FC have taken him up on his  recent sports safety campaign by adopting his patent spiked football, which is designed to discourage heading.

And now a new feature, with a more than affectionate nod to Myles NaGopaleen, aka Flann O’Brien, aka Brian O’Nolan aka The Da and his creations Keats & Chapman.

No. 49. The Baffling Case of the Siamese Cheese Wand

It was New Years Eve, midway through the cruel winter of 1893 and as the chill wind rattled the window frames, world-famous detective Sherlock Holmes and his faithful companion Dr. Watson luxuriated before a roaring log fire in their rooms at 221B Baker St. Whilst Watson flipped through the December edition of Tittilating Trifles, Holmes puffed contentedly on his pipe and busied himself with his magnifying glass, deciphering some Ancient Egyptian heiroglyphics. It was Watson who broke the studious silence.
“It says here Holmes,”’ he said, reading from the pages of the popular magazine, “that during the recent outbreak of catastrophic flooding in the West Country, Cornish farmer Tom Runcible, whose home had been torn from its foundations by the raging torrents of the swollen River Fowey, managed to save his own life and that of his family by urging them to cling on to bits of the only room in the house left floating. He himself held on to the wooden sink and draining board, and was able to drink fresh water from the still-attached  taps, whilst his wife clung to the dresser drawer she used for hoarding brown paper and elastic bands. His two sons, Raoul and Mahatma, survived by lashing themselves to the kitchen table and eating small pieces of bacon rind which had accumulated underneath, until they were all eventually rescued. It’s utterly astonishing don’t you think Holmes, that only one room survived whilst the rest of the house, the bedrooms, the lounge, the bathrooms….all disappeared without trace. Washed miles out to sea probably”.
A faint trace of irritation scuttled like a tiny beetle across the detective’s normally inscrutable brow. The unmistakably pungent odour of Tutenkahmen’s Fine Olde Pharoe No.2 Shag suddenly filled the room as Holmes removed the famous cherrywood briar from his face and exhaled a thick cloud of foul, acrid smoke with a hiss. Without lifting his gaze from the Egyptian scrolls, the great man spoke:
“Everything but the kitchen sank” he declared, before clamping the the burning briar back between his teeth and resuming his studies.
His faithful companion carefully folded and replaced the copy of Tittilating Trifles in the magazine rack, sat back in his chair and said nothing. Behind a mask of buddha-like serenity he mentally rehearsed the action he intended to take the next time the great sleuth visited the lavatory. The doctor’s vengeful plan, fuelled as it was by high dudgeon and incandescent umbrage, was mean-spirited in the extreme. Without going into detail, it involved the conjunction of the stem of Sherlock Holmes’ famous cherrywood pipe, and the interior of Dr.Watson’s dark and mysterious anus.

Tweet
This entry was posted on 11 June, 2022 in homepage and tagged Colin Gibson, SAUSAGE LIFE 232. Bookmark the permalink.