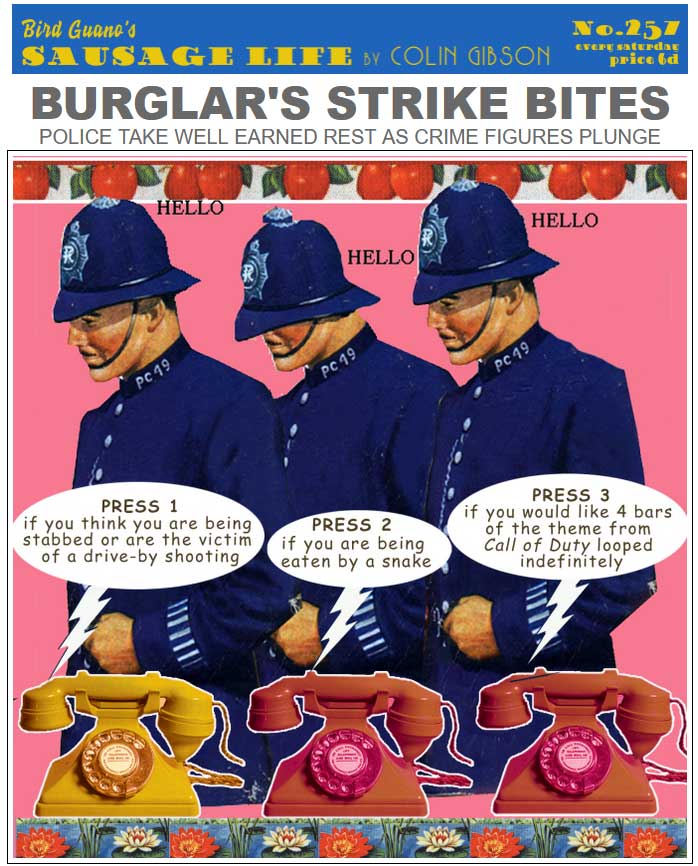 MYSELF: You like classical music don’t you?
READER: Classical? I adore classical! Especially the music of rockstar fiddler, the boy with the Something About Mary hair Nigel Kennedrix
MYSELF: Well that’s just as well, because he’s taking over your slot.
READER: I see 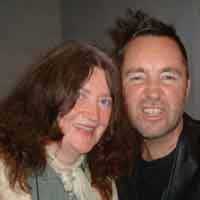 NIGEL: Yo Bird my man! Puff Daddy!!!… Bling!!!…….Super!!! (I mean wicked of course!!!)
MYSELF: Welcome! So what have you been up to?
NIGEL: Well, as you probably know from all the press, radio, media and whatever, me and the band’ve been blazing a well cool trail of Hot Stradivarius all over Europe, (which is overseas).
MYSELF: Europe?
NIGEL: Yeah, we just got back from Poland, where we done a well wicked ‘gig ‘ (Can you believe those old school classical farts still call them concerts?.). It was in a place called Warsaw, which is in Poland, …and it was not only wicked, it was also well kool. (See how I spelt that? With a K instead of a C?…. Take note Mr. Paga so-called Nini!)
Mark my words, those wigged-out communist dudes really dig my shit man, so they can’t be that fucking thicK
MYSELF: No swearing , This is a family column. You’re not onstage now
NIGEL: Whoops!!! Sorry man! But dig this. Over in Poland I’m like, a sex god and most of the people are Polish, and very poor, so the women throw potatoes on stage instead of underwear – how cool is that?!
MYSELF: Potatoes?
NIGEL:  Spuds yeah! Apparently they hang on to their knickers so they can exchange them with tourists for Levis and cigarettes – wicked or what?  Whilst I was getting wankered backstage before the gig, some of the local blokes showed me their tattoos, mostly of tractor engine diagrams (ouch!), or potatoes. Wicked! I drank so much home-made vodka I actually shat myself onstage during the big movement in Beethoven 5!!!  How fucking kool is that??
MYSELF: Nigel! How many times do I have to tell you?
NIGEL: Bollocks.! Sorry dude! Anyway, I am like a total professional, so despite having soiled my chinos, I got the band to go straight into Paranoid, the Sabbs classic, so like, nobody really noticed the smell except the viola players sitting right behind me. They gave me some right stick in the band room afterwards I can tell you!!! So I sacked them, the fucking muppets!
MYSELF: There you go again! Last warning!
NIGEL: Well, Tempus Fuckit! Gabriel’s sweet limo is comin’ for to carry me to Stringfellow’s, so I guess it’s time to say adios amoebas dudes! I’m off down under to conquer Paris this weekend, and I’ve told the whole band they have to dress up as Goths! Woah! I’m such a far-out dude but the Frogs love me! Yo culture!!! By the way, the chick in that pic above is like…..not my girlfriend OK??!!!
MYSELF: Yes she is you lying twat, I’ve seen her coming out of your house at 5am!
NIGEL: What the fuck were you doing outside my house at 5am?
MYSELF: Right. That’s it your fired
READER: Does this mean I get my job back?
MYSELF: We’ll see.

POLICE CORDON OFF TOWN CENTRE
Sculpture “stinks” say demonstrators
Protesters Stan and Maureen Smethwick clashed with armed riot police outside Upper Dicker Town Hall yesterday, as controversial plans were unveiled for a 60ft sculpture which is set to dominate the Victorian splendour of newly-restored Rainbow Gardens (Formerly Jimmy Savile Park). “The whole thing stinks, quite frankly” said Mr. Smethwick from his cell at Hastings Police station, “and typifies the Council’s gung-ho attitude. This monstrosity could put someone’s eye out, or worse. I dread to think what kind of message this is sending out to our dogs.”
The public outcry arises from the decision of Hastings Borough Council to commission a gigantic sculpture from controversial conceptual artist Tracy Eminem at an estimated cost to the public of £500,000 The huge bronze dog turd, titled “Dogs Little Acre” will tower over the centre of the park, and is set to become a local landmark.
SHITART
From a queen-sized unmade bed at her luxury studio in Herstmonceaux, Ms Eminem defended Upper Dicker’s bold new civic project: “Basically, like all I am trying to say is like basically, everything is shit right? So like why not make it actually look like shit? Unfortunately I’ve never been much good at all that old-hat figurative stuff, which is basically just art fascism, and that is why I have had to hire assistants to design and build the work at great personal expense. All this contributes to the final cost of course, and the public, who tend to be really thick where great art and stuff is concerned, will moan as usual. These are the same people who will quite happily spend millions on the NHS!”
“But let’s face it”, she continued, “all great artists have their detractors. Reubens, for example, couldn’t draw trees, and I think that eventually, after all this controversy and stuff has died down, the people of Hastings will come to view my giant golden turd as a kind of Tibetan-type temple of Victorian meditation, evoking as it does the whispy grey ghosts of turn-of the century gentlefolk with their tiny mollycoddled dogs scattering little brown bomblets far and wide, like miniature malodourous land mines.”
Ms Eminem’s provocative monoprint My Arse won the Rorschach Prize in 1997. Since then she has been criticised for her refusal to conform to artistic tradition, with works like Pizza Remains, Pissed, and the infamous Gagging For It, in which a hoover bag is emptied over a dish of Vanilla ice cream, which is then eaten by tramps. You can see Arse Pizza Remains, Gagging For It’ and a selection of other pieces at Tracy’s latest exhibition, coyly titled Fish Moustache  Cheapside’s Pink Triangle Gallery

JUNK FOOD HEALTH WARNING
A resurgence of the ancient custom of killing and eating those accused of breaking and entering is beginning to concern the Bornean authorities. A Government spokesman said; “The average weight of Borneans has risen dramatically over the last two years, and there is a direct correlation between the consumption of burglars and the increase in obesity levels. We are not saying stop eating burglars. As long as they are consumed as part of a healthy balanced diet containing nuts, grubs, monkey spleen and tiger penis, there is no cause for public concern. The problem for certain sectors of the population is that this kind of food can become addictive. Some people are faking burglaries just so they can eat their neighbours.”

SAY GOODBYE TO IRONING MISERY!
When added to your weekly wash, new formula Botoxydol, with Botulinim Toxin A, will guarantee youthful, wrinkle-free clothes.
Take years off your smalls with Botoxydol!
CAUTION
MAY CAUSE SMILEY FACE T-SHIRTS TO LOOK
INSINCERE

View all posts by Colin →
This entry was posted on 21 January, 2023 in homepage and tagged Colin Gibson, SAUSAGE LIFE 257. Bookmark the permalink.