Save Us From Freedom!

Freedom once meant something significant for mankind. It meant ceasing to be suppressed and imprisoned by forces that endeavour to control one. The word ‘freedom’ conjured a sense of what it means, at least to some degree, to be master of one’s destiny.

No longer. For many, the new freedom has almost exactly the opposite meaning. Now freedom seems to be associated with having someone or something doing one’s thinking for one; making decisions that one ‘can’t be bothered ‘or doesn’t want to make – and ultimately completely relieving one from responsibility for taking any form of action other than that which enriches one’s pocket and/or one’s narcissist fantasies.

In fact this new ‘freedom’ offers – on a plate – to the oppressor of old the chance to continue his mastery of human control, but under a new guise: the tantalising deception of ‘convenience’. That which by-passes the need for mental creative effort (and often physical effort as well) and which makes one believe that there is really little or nothing to do, other than tap a keyboard and get tuned into a cyberspace virtual reality world which will do the rest for one. This is the great tempter of our age. The one that lays out the red carpet for a soft and sly take-over by nothing less than a non human artificial intelligence.

Yes, the superficial seductiveness of the pocket sized touch-button technology of passivity, the human masters of which sit in Silicon Valley and the Pentagon, monitoring every move that serves the further advancement of the totalitarian central control system.

Did slavery ever lose its grip on the great mass of humanity? Have the majority always preferred the safety of mindlessness to the dangers of consciousness? Was Shakespeare on the button when he had Hamlet pose the infamous rhetorical question “To be or not to be, that is the question”.

It’s a question that should never need to be posed, and indeed never would have been had some betrayal of the divine nature of humanity not taken place, many thousands of years ago. After all, the spirit infused natural make-up of mankind provided all the fuel needed to guide us on our way to the full expression of our potentiality as universal beings. Yet a deviation from this path was established, and has proved to be a strong opiate – a formidable obstacle to the spiritual evolution of our species.

This deviation has gone so far, that nothing less than the ability to retain the power of independent thought is now at stake.

I believe that the social psychologist and historian Erich Fromm was right when he said that ‘fear of freedom’ was symptomatic in allowing the rise of fascism before World War Two, and that the prevailing sense of insecurity in society generally leads people to abandon hard won civil liberties, for the seeming safety and protection of ‘strong leadership’, regardless of its motives.

But this type of capitulation plays directly into the hands of those who are best at manipulating peoples’ fears; bringing about an ever greater centralisation of power in the hands of the despotic few. A deft slight of hand, that while giving the impression of providing security and leadership, is actually a calculated step towards the totalitarian take-over.

So now, in 2018/19, we find a similar sense of insecurity gripping those who have repeatedly put their faith in cardboard cut-out political figureheads who subsequently proved to be puppets of the deep state and masters of deception. Public confidence in the old way of doing politics has steadily drained away, leaving a vacuum which has not been filled. However, the deep state has long anticipated the arrival of such a vacuum, and indeed has been instrumental in creating just the right circumstances for it.

The present state of malaise, shaped as it is by a growing despair in ‘human leadership’, offers a particularly ripe moment for bringing forward a ‘non human’ technological solution to the organisation of day to day life on this planet. An increasing dependence on artificial intelligence as a ‘solution’ to human failings.

Day to day solutions to the needs of society were once dealt with on the ground, at community level, in a hands-on approach which drew on a shared pool of human skills, inventiveness and judgement. But such qualities have been all too quickly sidelined and the responsibilities that went with them are now left in the hands of those who design computer programmes, algorithms and internet control systems. Systems that side-step collective human participation altogether, in favour of the absolute predictability and complete uniformity of artificial intelligence.

It is the fear of freedom that makes this abdication of human responsibility to the machine such a temptation to large swathes of mankind. Much of humanity still remains conditioned to a parasitical need to be led. Once it becomes apparent that political and corporate leadership is deeply corrupted and not remotely concerned with supporting the health and welfare of human beings, nor the wider environment that supports all living matter, a state of deep insecurity is provoked within society.

A society composed of those who cannot envision what it might mean to take unto themselves a level of actual responsibility for the future and the will to reset the direction of daily life away from dependence upon a figurehead. A figurehead carefully schooled in the art of deception.

People start looking around for someone or something to rely upon to relieve them of their anxiety; when what is actually needed is a robust examination of their lack of self motivation and the sort of inner responsibility that leads one to face reality square-on. To start taking control of one’s destiny.

However, such a task clearly remains a tall-order for for much of mankind. And so, led by the agenda of the top down control pyramid, people start abdicating their last human survival instincts in favour of the ‘comfort’ of a state of mindlessness. A voluntary paralysis of the power of thought that subsumes the normal activities of the neocortex to the programmed agenda of a robot. A sort of contractual abdication of all normal responsibilities, which denies the God given gift of a working brain and sentient heart in favour of ‘leadership by cyborg’.

Not so long ago, such an act would have been considered unthinkable. It would have been seen as going against the very nature of a humane value system. A state in which people freely express love, laughter, sadness and pain, as well as empathise with animal and plant kingdom surrounding them.

So, I am led to consider the likelihood that the deep state’s planned check-mate move in all this, is the roll-out of 5G WiFi . 5G, with its determination to create a global satellite array designed to cover every last square inch of the planet, is designed to power this take-over by artificial intelligence. The AI take-over, in turn, is designed to power the global control system, and the global control system is to power the ‘internet of things’ which in turn is to power the ‘internet of everything’. It may not be in exactly that order, but what emerges are the preplanned moves of the final take-over. The New World Order. 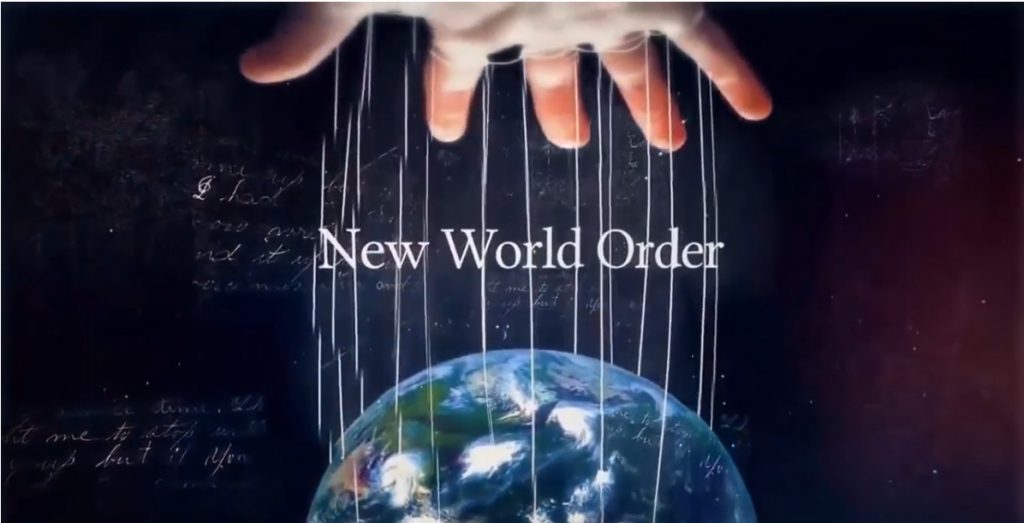 Remember Dr Faustus, selling his soul to the devil? Well, the price of this 21st century contract is the end of humanity as we know it. People, unaccustomed to questioning or challenging authority and fearful of the vacuum created by its absence, want to create robots so they can be led by them; thus opening the way to perpetual slavery to a synthetic god of their own creation, while abandoning altogether any ties with the God who created them.

We stand right at the edge of such an abyss. But paradoxically, it comes at a time of rapid awakening. Mankind will either fall or be party to the creation of a beautiful new dawn. A quantum expansion in the evolution of the species. Every one of us is faced by the choice of seeking to make manifest our God-given attributes or going into denial of their existence.

The present awakening has, at a critical time, provided us with a new sense of awareness. An awareness of the fact that our future lies in our hands and nobody else’s – and so does the planet’s. So let us have no hesitation in rising to the occasion, by drawing deeply upon our still accessible God-given qualities of courage, dignity and perseverance. We have everything it takes to come through – and this is our ultimate test.

View all posts by Julian →
This entry was posted on 10 November, 2018 in homepage. Bookmark the permalink.